Global net-zero commitments double in less than a year

New York Climate Week kicked off Monday with confirmation the number of corporations and governments pledging to deliver net-zero emissions by 2050 at the latest has more than doubled in the past year.

The news came as the U.K. government marked the opening of the annual climate summit by unveiling a series of new climate initiatives in support of its role as host of the crucial COP26 Climate Summit in Glasgow next year.

According to a new report launched this week by Data-Driven EnviroLab and the NewClimate Institute, there has been a threefold increase in the number of businesses that have set net-zero goals, rising from 500 at the end of 2019 to 1,541 currently.

Similarly, the number of regional governments with net-zero goals has climbed from 11 to 101 so far in 2020, the number of city-wide net-zero commitments has risen eightfold from 100 to 823.

With a growing number of countries also setting net-zero goals, the latest signatories to the Race to Zero program mean that a sizeable chunk of global GDP is covered by sweeping decarbonization goals in line with the targets set out in the Paris Agreement.

The New Climate Institute said cities and regions with a carbon footprint greater than the emissions of the U.S., and companies with a combined revenue of over $11.4 trillion — equivalent to more than half of the U.S. GDP — now had net-zero emissions goals in place.

The surge in public net-zero pledges represents a major boost for the U.N.-backed Race to Zero campaign, which is calling on governments, businesses and other organizations around the world to set net zero-emission goals ahead of the COP26 Summit.

COP26 President and U.K. Business Secretary Alok Sharma urged more governments to follow suit and set their own net-zero goals. "I am urging all countries to submit more ambitious Nationally Determined Contributions, to pledge to reach net-zero emissions as soon as possible, and to consider adaptation in all planning decisions," he said.

Some of the most recent net-zero pledges underscore the extent to which full decarbonization by 2050 at the latest is becoming the benchmark for climate action, even amongst carbon-intensive companies and regions. Major new net-zero targets since the turn of the year, include pledges from Australia's New South Wales and Delhi, Kolkata and Chennai in India, as well as cement and asphalt manufacturer LafargeHolcim, tech giant Facebook and auto manufacturer Ford.

U.N. climate chief Patricia Espinosa urged those organizations that had set net-zero goals as part of the Race to Zero campaign to deliver on their commitments. "The world cannot afford to be let down," she said. "Nor can this campaign become something that allows nations to defer action until a later date. It's about needing more climate ambition and climate action now — in 2020."

The update comes on the same day as the U.K. government announced a number of new initiatives designed to accelerate decarbonization efforts ahead of next year's COP26 Summit.

Sharma will announce the launch of the COP26 Energy Transition Council to bring together leaders in the power sector across politics, finance and technology to speed up the transition from coal to renewables in developing countries.

The United Kingdom will chair the Council alongside co-chair Damilola Ogunbiyi, the U.N. Secretary General's Special Representative for Sustainable Energy for All (SEforALL).

The launch comes alongside the announcement of a $64 million investment in a new Clean Energy Innovation Facility (CEIF) under the U.K.'s International Climate Finance program. The funding is designed to help developing countries more easily access innovative clean energy technologies to foster clean growth, focusing on key sectors such as industry, cooling, smart energy and storage.

"Climate change affects every single one of us and we all have a part to play to champion climate action ahead of COP26," Sharma said ahead of the official launch. "Through the Energy Transition Council and the U.K.'s ambitious climate finance commitments, I hope to drive the transition to cleaner energies, and I urge all businesses, cities and regions to join the Race to Zero coalition."

A raft of new announcements are expected as part of New York Cimate Week, this year primarily being conducted across digital platforms as a result of the ongoing coronavirus pandemic.

Specifically, a new SME Climate Hub was launched to help the millions of small businesses that represent 90 percent of businesses worldwide to accelerate climate action. The initiative is backed by a number of global blue chips, such as IKEA, BT Group and Ericsson, who have said they will step up efforts to help small businesses in their supply chains reach net-zero emissions. 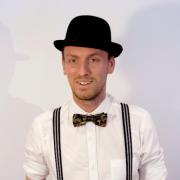 Is the corporate world approaching a climate disclosure tipping point?