A new bill introduced in April has brought the labeling of foods containing genetically modified organisms (GMOs) back into the spotlight. Dubbed the "Safe and Accurate Food Labeling Act," the bill (H.R. 4432), introduced by Mike Pompeo (R-Kan.) and G.K. Butterfield (D-N.C.), would overrule any laws enacted at the state level and put all rulemaking and decisions regarding GMO labeling exclusively into the hands of the FDA. It also specifically prohibits any mandatory labeling of foods developed using bioengineering.

Although 37 food labeling bills were introduced in 21 states in 2013, so far only three states (Maine, Connecticut and Vermont) actually have enacted laws requiring the labeling of foods made with genetically engineered (GE) ingredients. In Connecticut and Maine, the laws are on hold, pending the adoption of similar laws in neighboring states. Vermont established no such caveats, but food producers have until mid-2016 to comply.

To some, the Safe and Accurate Food Labeling Act would bring order to the potential chaos that might be created from what Pompeo calls "a patchwork quilt" of different requirements that could come to exist on the state level. To others, however, the bill is part of a far-reaching conspiracy and strikes an intolerable blow to Americans' right to know.

Adding to the confusion, another bill on GMO labeling was introduced into the Senate last year by Barbara Boxer (D-Calif.), and it is still in committee. This one (S.809 – Genetically Engineered Food Right-to-Know Act) also sets a federal standard, but in stark contrast to the Pompeo bill, it calls for the FDA to mandate that foods containing GE ingredients be labeled as such.

Notwithstanding the science — or lack thereof – that forms the basis of both sides of the GMO argument or the the likelihood — or lack thereof — of any labeling laws passing and standing up to appeal, it is consumers' perception of GMOs that matters. And that perception is not good. A recent New York Times study showed that Americans strongly support the labeling of genetically modified foods, to the tune of 93 percent of those polled. Shelton Group's 2013 Eco Pulse study also reflects Americans' negative perception of GMOs: The population actively trying to avoid genetically modified foods is now close to 25 percent, and that number has grown for the last three years.

Regardless of legislative activity, food manufacturing companies would do well to heed the message in these studies.

If your company's products are 100 percent organic, which means they cannot contain GE ingredients, or if they can be confirmed as not containing GE ingredients, your labels should clearly state that fact. Beyond merely claiming they are non-GMO, however, you may want to start down the path of certifying them as such.

As of this writing, only a few third-party certifiers exist in the U.S. The not-for-profit Non-GMO Project was the first to offer a Non-GMO Verified certification, and they do so according to standards that closely follow Europe's. Natural Food Certifiers (NFC) now offers certification under somewhat more stringent standards and calls their program "GMO Guard Verification." This is a careful choice of language based on their position that because of wind drift from neighboring farms, "it is impossible to classify anything completely GMO-free."

If your company uses only a limited number and volume of GE ingredients, it is probably time to investigate sources for non-GMO versions of those ingredients; for example, replacing refined beet sugar with cane sugar.

As we suggested last summer, companies that currently depend upon U.S. corn or other crops that are very difficult to source and validate as non-GMO might consider going on the offensive by collaborating on a communications initiative with other manufacturers and reputable scientific groups that have taken a pro-GMO stance, such as the National Academy of Sciences, the World Health Organization and the American Medical Association.

Some major players already have moved to put themselves above the fray. Whole Foods jumped on the "right to know" bandwagon with both feet: Along with certifying its own "365" house-branded products, it issued a commitment that by 2018, all of the products carried in its stores will be either certified organic, certified GMO-free, or labeled (in-store) as containing GMOs. Both Chipotle and Ben & Jerry's also have made pledges to remove GMOs from their foods, and even General Mills has read the signs, recently adapting its ingredient sourcing to be able to label Cheerios as GMO-free. Just days after General Mills' announcement, Post Foods made a similar one, and its stalwart Grape-Nuts cereal now carries the Non-GMO Project's certification.

The jury is still out as to whether the new labeling is creating greater demand for Cheerios and Grape-Nuts — certainly there was no overnight sales surge for either. On the other hand, it's clear that a GMO-free message is a positive one that speaks not only to the conspiracy theorists but also to parents simply concerned about what they feed their families.

Who knows what the future will bring, either in terms of labeling laws or public perception. What we do know is that by being proactive, food production companies might avert some risk: the risk of being caught short by whatever labeling laws are enacted; the risk of missing out on potential sales because they didn't take advantage of their already GMO-free status; or the risk of being found guilty in the court of public opinion and losing sales. 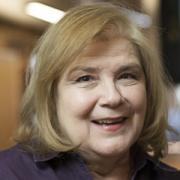