From GMOs to robots, the fight over the future of food is here

But how much longer will that familiar scene endure?

Amid the turmoil, a range of technology providers are rushing to supply drones, sensors, data analytics tools and robots. Depending who you ask, the technologies stand to either dramatically increase food production, decimate the market for farm labor or both.

"We need a combination between pieces of technology and labor that will keep us competitive," said Harold McClarty, founder of Fresno area fruit company HMC Farms, at the Forbes event. "I can’t keep raising my prices."

As small and mid-sized farming operations such as HMC grapple with shifting industry tides, some say they've been forced to leave food rotting on the vine due to recent labor shortages, undercutting efforts to ramp up food production in the face of a growing global population. In addition to food waste, concerns about agricultural productivity are also stoking familiar controversy about genetically modified (GMO) crops and consolidation of food systems under large corporations such as Monsanto, DuPont and Cargill.

As a result, labor automation, bio engineering and climate extremes are now part of a day's work in modern agriculture, putting the $177 billion U.S. food industry on the front lines of much bigger conversations about the future of work, the ethical boundaries of technology and adaptation to climate change.

Day to day, more tangible economic and cultural divides are in play when it comes to pitching farmers on new gadgets.

"Farming could be very, very more significantly profitable," explained Dan Hodgson, CEO and president of smart ag company FarmQA. "The venture (capital) model is actually a barrier. If you find something that actually has a market and a customer, that’s much more what this is about."

In addition to slimmer financial margins than high-end crops such as almonds, fruit and vegetable staples such as strawberries or lettuce are famous for the meticulous, backbreaking labor required to grow them.

It doesn't necessarily have to be that way forever, though, according to Massachusetts-based Soft Robotics. The Harvard University spin out that has attracted $5 million in venture capital funding seeks to commercialize robots that mimic the strong-yet-adaptable grip of an octopus with mechanical arms. 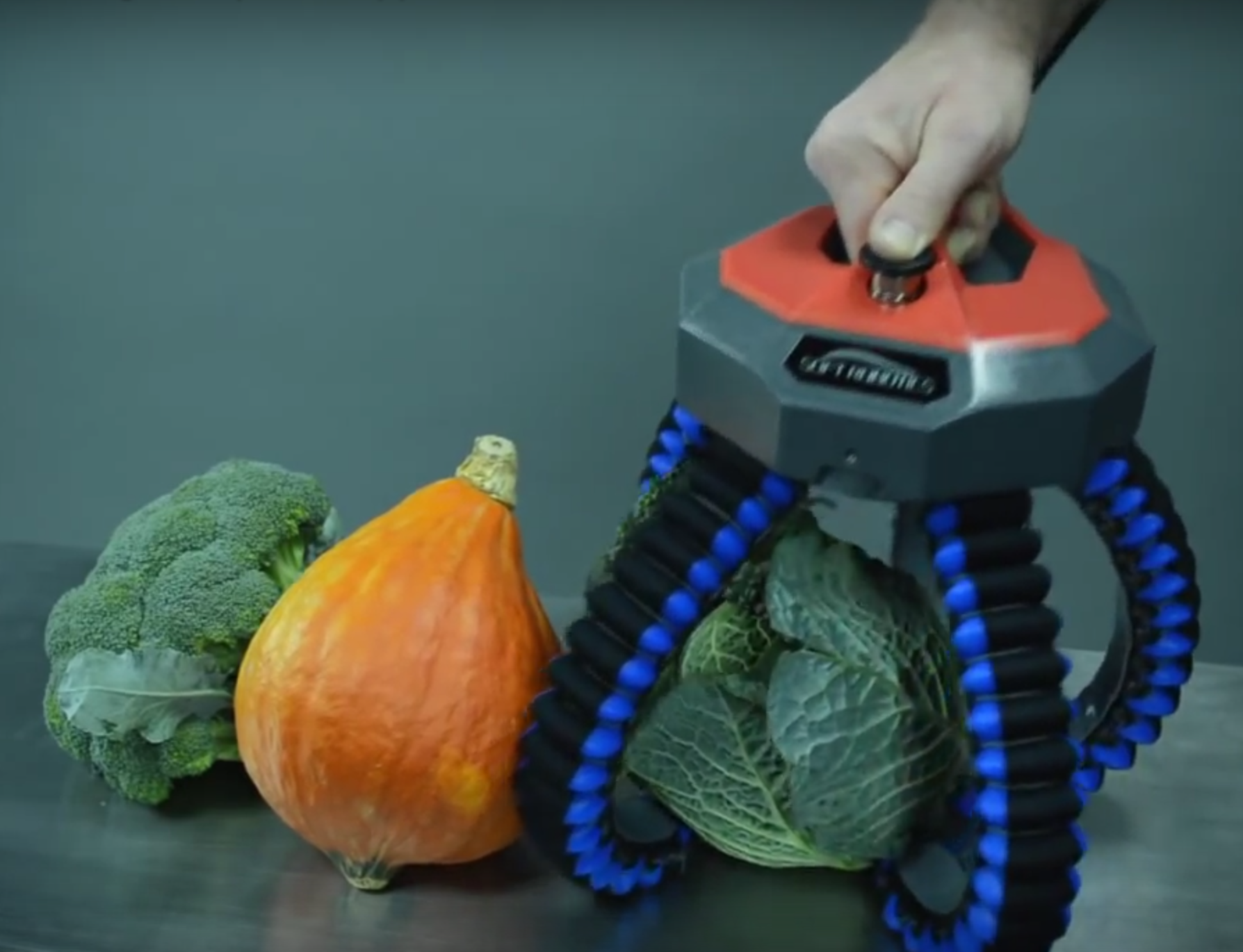 Against the backdrop of a promotional video with sweeping aerial shots over bucolic farmland (images perhaps captured by drone?), Soft Robotics Director of Business Development Dan Harburg preaches a vision for "job conversion" from low-skill, low-wage field labor to higher-skill, higher-wage technical labor with the help of robots.

"Instead of a Big Data play, what about a big labor play?" Harburg mused at the recent Forbes event.

In one illustration of the day-to-day challenges facing the large remaining population of migrant farm laborers in the U.S., the small city of Spreckels, California, recently expedited a controversial plan for 100 two-bedroom farm worker apartments designed to house eight people per unit.

Despite issues like an ongoing lack of housing for farm laborers — and the fact that oversight of migrant farm labor has historically been extremely weak — some farmers now say that border crackdowns, higher wages and more job opportunities closer to home are actually now combining to cause labor shortages. The Wall Street Journal cited one estimate from a group in favor of more lax immigration restrictions that a "decline in workers is reducing fruit and vegetable production by 9.5 percent, or $3.1 billion" each year.

"The only thing we worry about more than paying too much (for labor) is not having it at all," said Samuel Duda, vice president of operations for Florida-based Duda Farm Fresh Foods. "As we lose 10 percent of the workforce, can we automate 10 percent?"

The next question for farming enterprises, along with counterparts hungry for cheaper and more predictable labor supply in other industries, is what's to stop automation at 10 percent of the workforce?

Feast or famine for GMOs?

With the possible exceptions of drones and robo-farm workers, GMOs are perhaps the quickest way to bring a conversation about the future of food to a grinding halt.

Most associated with industrial giants such as Monsanto and DuPont, bio-engineering of crops is reemerging as a flashpoint in the agriculture business as issues of food security gain prominence. The often-cited statistic that the world will need to produce 70 percent more food by 2050 to keep pace with a population of some 9 billion people is one major catalyst for the resurgence of GMO controversy.

“What’s the alternative?" said Julie Borlaug, associate director of external relations at Texas A&M's Borlaug Institute for International Agriculture. "I realize genetic modification is not a silver bullet, but it has to be a tool."

With pitched policy fights over GMO labeling still underway in several locales, Borlaug said that the term itself has become problematic.

We’re doing this at a time of unprecedented change in the climate.

While advocates contend that engineered crops are safe and optimized for more productive yields, critics argue that health impacts aren't yet adequately studied and that the practice often buoys "monoculture" farming that prizes mass production over biodiversity or sustainability.

"Please never use the term 'genetic engineering' again," Borlaug said. "Just call it hybrid 3.0, hybrid 4.0. Everything has been genetically modified."

Sara Menker, founder and CEO of food data provider Gro Intelligence, emphasized that the future of food depends not just on food supply but also demand.

She points to Ethiopia as a recent example of a country that was able to avoid all-out famine in the face of extreme drought by leaning on food production in other places. How effective those temporary bandages might be in the event of more frequent or widespread climate volatility, though, is another matter.

"As much as we’re going to increase production, we’re still going to have a demand problem," Menker said. "And we’re doing this at a time of unprecedented change in the climate."