Going off the rails: The railway sector pledges to take climate action

In 2015, the transport sector contributed 25.8 percent of total greenhouse gas emissions in the European Union. In fact, transportation is one of the few sectors where greenhouse gas emissions are still rising. If the global community is to achieve the Paris Agreement goal of limiting the increase in global average temperature to well below 2 degrees Celsius (while seeking to limit it to below 1.5), the transport sector must make a major contribution.

Railsponsible is a collaborative initiative of railway companies focused on sustainable procurement. Current members are leading railway operators and rail manufacturers: Alstom, Bombardier, CAF, Deutsche Bahn, Knorr-Bremse, Nederlandse Spoorwegen, NMBS, RFI, SBB, SKF and SNCF. To help the railway industry reduce its overall climate impact, the members of Railsponsible have developed a position paper on climate, setting out possible commitments and activities for both Railsponsible members and for their business partners in the sector.

When measured by the emissions generated during the "use phase," rail is one of the most climate-friendly modes of transport: It contributes less than 2 percent (PDF) of EU emissions despite having more than 8 percent of market share. However, the rail industry supply chain includes energy-intensive raw materials, infrastructure development, manufacturing and maintenance/overhaul, as well as end-of-life/recycling, all of which have significant impacts. Serious effort is needed to address the full climate impacts of the rail supply chain.

Railsponsible has identified three key climate commitments that are relevant to and supported or adopted by most Railsponsible members, who recommend that these be incorporated into railway sector companies’ climate strategies and sustainable sourcing approaches.

The three commitments cover both manufacturing and transportation (following the life cycle of rail sector products):

Given the above, in designing their strategies, companies should consider their size and position in the rail supply chain. Where relevant, organizations may wish to translate these commitments into award criteria for tenders in their individual procurement processes.

These suggested commitments are based on and reflect existing commitments from Railsponsible members, which are divided into two categories: absolute targets and relative targets.

These suggested commitments are based on and reflect existing commitments from Railsponsible members, which are divided into two categories: absolute targets and relative targets.

An absolute reduction refers to a decrease in the total quantity of greenhouse gas emissions.

Absolute targets set by Railsponsible members include the following:

A relative reduction refers to the amount of emissions per unit of economic output. In this case, emissions might be reduced relative to the company’s total profits, units of a good produced (for suppliers) or passenger kilometers (for railway operators).

Relative targets set by Railsponsible members include the following:

Hopefully, Railsponsible’s three key climate commitments will help further advance the growing movement toward climate mitigation in the railway sector. While the examples presented above may provide inspiration to rail operators and to their suppliers, their applicability to individual companies will vary. We recommend careful deliberation and assessment before adopting a commitment.

Railsponsible members believe that the best way to set, implement and advance climate objectives is through collaboration. Since its launch in 2015, Railsponsible has grown significantly and has provided an assessment platform for over 800 suppliers. The initiative provides a forum for both rail operator and system houses and their suppliers to discuss challenges, devise solutions and work together on coherent implementation. 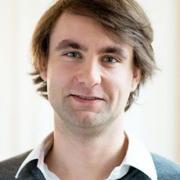 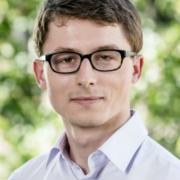 See all by Christoph Karge