Every year, about 2 billion gallons of polluted water seep into two rivers and a creek in Washington, D.C., when sewers overflow during heavy rainfall. Reducing such flows into local watersheds — and protecting critical wetland — is a growing challenge for cities worldwide as intense rainstorms become more prevalent and clean water more precious.

Like D.C., a growing number of state and local governments are looking to wetland restoration and other nature-based solutions to try to tackle longstanding water management and conservation needs in a changing climate.

Only problem is, who will fund such non-traditional infrastructure projects as public funding sources become increasingly stretched?

Try private-sector investors willing to bet on a "pay-for-success" bond offering, a new financial tool that ties rewards to measurable social or environmental outcomes. Environmental impact bonds (EIBs) fit under the broad umbrella of green bonds and are just now beginning to gain some traction.

We think EIBs could hold the key to the financing of wetland restoration projects to reduce flooding in coastal areas in the U.S. and beyond — much-needed projects for which private-sector support is critical.

It could mark the beginning of a new environmental financing mechanism that eventually could open up funding for wetland restoration and coastal resilience projects worldwide.

Three key components must be present to make such a financial tool successful:

1. Returns must be determined by outcome

Part of the project’s risk is transferred from the payer — typically a public entity or the government — to private investors such as commercial investors or philanthropies. These investors are then paid conditionally on the project achieving an expected outcome after a third-party evaluation has been conducted.

There would be agreed-upon natural infrastructure performance tiers that, for example, may give investors additional payments if outcomes are better than expected. Likewise, if the project has lower-than-expected performance, the payer could receive back a portion of the interest investors otherwise would earn.

The payer must benefit financially from implementing the "pay-for-success" mechanism to finance early natural infrastructure investments. In other words, the project should be cheaper even after paying back investors.

In Louisiana, for example, an analysis by a local research institute demonstrated that if you develop wetland restoration projects 10 years earlier in the planning horizon, the state would save about 30 percent in restoration costs even after paying investors.

3. Performance metrics must be well-defined

The project’s performance metrics should represent a good proxy for environmental outcomes once the project has been completed. Establishing such metrics is one of the key challenges we have identified to bringing this kind of tool to maturity in the green finance market.

The next big EIB project in the United States could take place in the Mississippi River Delta in Louisiana, where wetlands are disappearing at an alarming rate.

Louisiana’s $50 billion Coastal Master Plan includes natural infrastructure solutions, such as wetland restoration, as a central component to help address the state’s catastrophic land loss challenge. But the state is looking at a funding gap of potentially tens of billions of dollars.

We think EIBs could be an important part of the solution: NatureVest, the investing branch of The Nature Conservancy, just awarded a grant to Environmental Defense Fund to design an EIB to finance a coastal wetland restoration project in Louisiana, which could be a blueprint for other Gulf states and regions.

The timing for such sustainable finance strategies looks good.

While still representing less than 1 percent of global investment assets, the impact investing sector is expected to grow tenfold from $77 billion to about $700 billion by 2020. 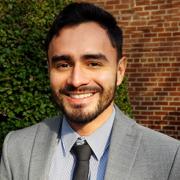 See all by Diego Herrera