As trillions of dollars are shifting towards generative practices, momentum towards socially responsible investing is gaining in the wealth management industry.

The following is an excerpt from the book "The Clean Money Revolution" by Joel Solomon and Tyee Bridge (New Society Publishers, 2017).

The revolution is happening. Trend lines are clear. Cleaner food, services, transportation, energy, buildings and money are gaining traction rapidly. We are beginning the shift from what Marjorie Kelly calls "the extractive economy" to a "generative" one:

Generative ownership designs are about generating and preserving real wealth, living wealth, rather than phantom wealth than can evaporate in the next quarter. They’re about helping families enjoy secure homes. Creating jobs. Preserving a forest. Generating nourishment out of waste. Generating broad well-being.

Trillions of dollars have begun shifting from the most destructive practices into more generative ones. The investment and wealth management industries, vast and entrenched, are among the hardest sectors to change. The clean money sector of the industry is still beginning, testing new financial products and language with clients. Yet the signs of change are plentiful and gaining momentum. 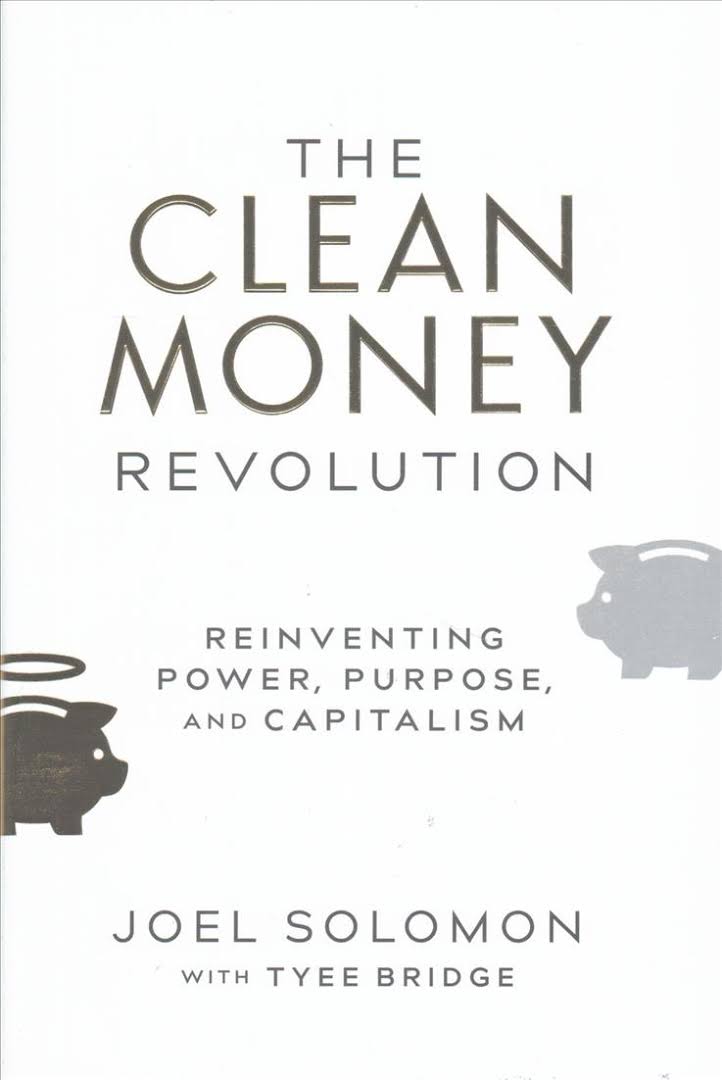 Entrepreneurs and investors from places like the Social Venture Network, RSF Social Finance, Toniic and PlayBIG have been huge factors in the growth of clean money, especially in the private equity world. In the public equity sphere, socially responsible investing (SRI) — rating and screening out the worst companies based on ethics and impacts — has been a major component of the shift to a generative economy.

The rise of SRI

In the early ’90s, Carol Newell’s funds were managed by Genus Capital, a boutique wealth management firm in Vancouver. SRI screens were emerging in Europe and the United States, led by pioneers like Joan Bavaria, founder of Trillium Asset Management, Joyce Haboucha at Neuberger Berman and now Rockefeller, and George Gay and Steve Schueth of First Affirmative Financial Network. Other standouts include Domini, Walden, Clean Yield, US Trust and Progressive Asset Management.

Carol was compelled by the idea of filtering the worst actors out of her stock market investments. Genus had limited capacity to evaluate the environmental and social performance of public equities. This new research burden and its philosophical underpinnings had not been a part of existing financial analysis. Early adopter mutual funds in North America gave a few limited, higher-cost options, the first screens mostly focusing on opting out of "sin" categories like weapons, cigarettes, alcohol, gambling and environmental fines. In Canada, the options were even slimmer: Ethical Funds, Meritas, Clean Yield and a few others. These were mutual funds, not full-service wealth management, which lagged.

Most wealth managers were still rolling their eyes at such do-gooder thinking. In fairness, they were captured by the financial product mix built by their own institutions. The idea of researching public companies and rating them based on new, additional indicators — carcinogenic products, leadership diversity, desecrating indigenous cultures for natural resources, fines for environmental crimes, bribing foreign governments or other practices — was considered pie-in-the-sky. How could you select for "cleaner companies," reducing your total universe of large corporations, and make a similar financial return compared to a broader diverse portfolio that was intentionally "values blind" to the actual culture and practices of the company? The job of wealth managers was to maximize financial return, the argument went, and not to be moral police. Why waste energy on this woolly-headed idea? Nice idea, client, but the world is too complex for such nuances. Just make money.

That was the orthodoxy of the day. It was not easy to break. You might call it the Friedman Effect. Milton Friedman was one of America’s preeminent 20th-century economists, who in 1970 famously, or infamously, wrote a New York Times op-ed titled "The Social Responsibility of Business Is to Increase Its Profits." Friedman scoffed at any objectives beyond naked profit and painted ethical approaches to commerce as part of a socialist threat to American freedom. In that widely influential article, you can see the origins of the long neoliberal hangover that SRI was helping people shake off.

As SRI questions continued to arise in their offices, they repeated the liturgical mantra: "Money is neutral. Make as much as you can, and then do good things with the proceeds." We found that philosophy depressing. Carol was not interested in exploiting people and planet just to give away a slice of the earnings. How could we choose to be blind to damage and sleep well at night?

I think about Jim Crow culture and public policy in the South when I grew up. Good people felt bad about it and saw it as unjust, but went along quietly. They had their reasons: comfort; fear of the unknown; an inability to envision, or believe in, alternatives. Rationalizing the status quo is always easier than striking up uncomfortable conversations and pushing people to see or act differently.

It’s hard to point out to the emperor that he has no clothes. When you start to question the system, you find structural obstacles. In the clean economy transition, laws and regulations can block progress. Many regulations are written to serve special interests. Other times change is blocked by a lack of visibility, where the dark consequences of our economic actions are hidden in faraway places. We end-use consumers and investors understandably prefer to trust professionals around complex topics, and we often have no idea what realities are behind what they’re buying on our behalf.

Rationalizing the status quo is always easier than striking up uncomfortable conversations and pushing people to see or act differently.

You could be funding oppression of indigenous peoples, toxic dumping or slavery. Examples of these are embedded in the supply chain of many large profitable companies in the world today. Annual reports to shareholders focus on other aspects of the business, ones designed to boost their stock price. Senior executives, big financial houses and investors focus on the allure of the highest return rate.

Residential schools for First Nations. Segregation. Debtors’ prisons. These mass tragedies and many other outdated norms should remind us to not get too comfortable in our assumptions about what is done in our names. We need to understand what we are invested in or supporting with our money, and challenge practices that we know are wrong. Modern digital information makes it easier to know what our money is doing and to search out better alternatives. We have weaker excuses now; "I didn’t know" has become less convincing. We have access to vast information, as do our managers. Our job is to ask questions and give direction. Those who own large amounts of capital can afford to be informed about their money. At the very least, we can place our money with a manager with proven commitment and success that offers cleaner money as a first assumption. We have a moral responsibility to do so.

Historically, a wealth manager’s sole mandate has been to make more money for those who have it. We need to expand that mandate, so that money managed for personal security is also managed with an eye to the greater wealth of the world. If that sounds pie-in-the-sky today, it won’t in 20 years. Maybe sooner. Sadly, the "make all you can, then give some away" view remains prevalent. Close friends believe it. Good people of all kinds do. Perhaps the reason is because most of us only see minimal, under-proven options. That’s why the financial sector is so ripe for innovation and building cleaner products. More successful models are needed for proofs of concept. This has been true for many years.

In Canada in the early ’90s, the SRI approach was hampered by a lack of available research as much as ideology. The pioneering Social Investment Organization (SIO) led by Eugene Ellman (now the Responsible Investment Association, led by Deb Abbey), was the small Canadian gathering of SRI advisors who began the conversation.

Carol pushed back against polite brush-offs from wealth managers. Aware of the American advances in socially screened portfolios, she stubbornly insisted on a deeper look. We brought our Genus manager to New York City to meet with Joyce Haboucha, a forward-thinking early SRI advocate. Joyce later became board chair of the Social Venture Network and a leader for the Rockefeller family’s shift toward values-aligned portfolio management. She provided professional credibility and thus validation to Genus that SRI was a legitimate, realistic option.

Realistic, but not easy. As noted, the central challenge was that in-depth research of each company listed on the Toronto Stock Exchange (now called TSX) didn’t yet exist in a useable form for wealth managers. We began a search into the state of screening tools in Canada. We were directed to a Toronto firm led by Michael Jantzi. They were about halfway through a high-quality, professionally researched assessment of TSX listings.

Their rating system weighted key screening issues for publicly traded Canadian companies. With a push from Carol, Genus became Michael’s third contract. Genus created a screened equities fund for us, keeping it quiet in the back office — testing proof of concept before risking their reputation on this new product category.

Modern digital information makes it easier to know what our money is doing and to search out better alternatives.

Big players are testing the waters. In the past two years, the world’s largest asset manager, BlackRock Capital, launched the BlackRock Impact U.S. Equity Fund, a mutual fund "to invest in measurable social and environmental outcomes while seeking to generate competitive financial returns." It’s a good early indicator. BlackRock pointed out at the launch that the Global Sustainable Investment Alliance (GSIA) estimates that "sustainable investment assets" grew 61 percent between 2012 and 2014. They said that "impact investing" is the fastest-growing segment, and its rates of growth are highest in the United States. It’s achieving an average 33 percent compound annual growth rate between 2012 and 2014.

• J.P. Morgan has invested $68 million in 11 impact funds. They claim through these to have improved the livelihoods of 44 million people in "low-income and underserved communities."

• Goldman Sachs, which oversees more than $1.1 trillion in assets, acquired Imprint Capital in 2015. Imprint is a leading, first-mover impact investing and research firm that aims to deliver "market-leading ESG and impact investment opportunities" for value-aligned investors. Goldman wants to capture this new market. Their move will signal other giants that the premise is valid. These big players manage most of the wealth in the world, and we need them to want to invest in clean money.

• Tech entrepreneur Marc Andreessen, who in 2012 said "I would run screaming from a B Corp," now invests in B Corps through his $4 billion VC firm Andreessen Horowitz.

• The rise of funds such as Aavishkaar India and Elevar Equity, as Jean Case of the Case Foundation noted in a 2015 Forbes article, "are providing impressive rates of return by backing entrepreneurs serving the billion-plus customers at the base of the pyramid."

More good news is that products for lower-net-worth clients are expanding, like Calvert’s exciting Vested.org platform that allows investments for social good starting at $20. Crowdfunding is opening up even more new arenas.

The meme is seeded. We do not want our money to damage people, nature or the future. We’re asking questions: where is our money, and is it causing damage? We want to know it’s improving things for those coming after us. We want better solutions. We want to see a major boost in clean economy careers. 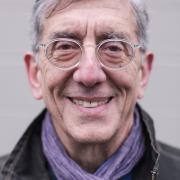 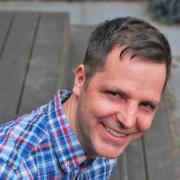 See all by Joel Solomon