Many established alternative protein upstarts — including Impossible Foods and Beyond Meat — draw on plants as the feedstock for their innovations. Nature’s Fynd (formerly known as Sustainable Bioproducts) draws on a fermentation process linked to unique microbes that live in the geothermal hot springs of Yellowstone National Park.

Several investors from its $33 million Series A round — including 1955 Capital (which led the round; its founder Andrew Chung sits on the company's board) and the venture arms of Danone and Archer Daniels Midland — were also part of the latest round. The other backer was Mousse Partners, a family fund that manages the wealth of the Wertheimer family, which owns luxury fashion house Chanel.

"Nature’s Fynd has a highly efficient solution to help address the climate crisis," Lila Preston, co-head of the growth equity strategy at Generation Investment Management, said in a statement. "We have tracked the team and technology for several years and believe this is one of the most scalable platforms to drive true food system sustainability."

The key to Nature’s Fynd’s technology is a fermentation process that uses the microbes to grow a protein that contains all nine essential amino acids — unlike other non-animal sources.

The fermentation process was catalyzed by NASA-supported research into the heat-loving microbes that live in Yellowstone’s volcanic hot springs, which boost temperature ranges that can reach 456 degrees Fahrenheit. While the water in the park is mostly alkaline, some hot springs are also extremely acidic. These organisms survive by turning light into chemical energy — they were discovered earlier this century. NASA has been studying them for hints into their life processes.

We have tracked the team and technology for several years and believe this is one of the most scalable platforms to drive true food system sustainability.

The Yellowstone microbes are part of a category known as extremophiles that give the springs their spectacular coloration — the vivid yellows, oranges, reds, ochres, blues and greens that attract so many tourists. Three other U.S. agencies also backed the research, derived from tiny sample: the Environment Protection Agency; the National Science Foundation; and the Department of Agriculture. The company’s research lab is in Bozeman, Montana, near Yellowstone.

"What is interesting is that they are closer to animals than they are to plants — they look like plants, but can be rich in protein, complete protein," said Nature’s Fynd co-founder and CEO Thomas Jonas, previously president at a large multinational packaging company.

Nature’s Fynd has created a fermentation process that uses the microbes and water to turn simple sugars into protein, Jonas said. One benefit that it touts is the small footprint of land it needs compared with a traditional agricultural operation, which could enable the company to set up production in either rural or urban locations. It takes one ton of simple sugar to make 2 tons of a meat-like product, and the substance is about 75 percent water, Jonas said.

"We require a limited amount of resources: 99 percent less land, and we emit 99 percent less greenhouse gases than a classic animal protein," he said. To be more specific, the current Nature’s Fynd lab can produce as much "hamburger equivalent" in one year as what is traditionally produced on 15,000 acres of land. 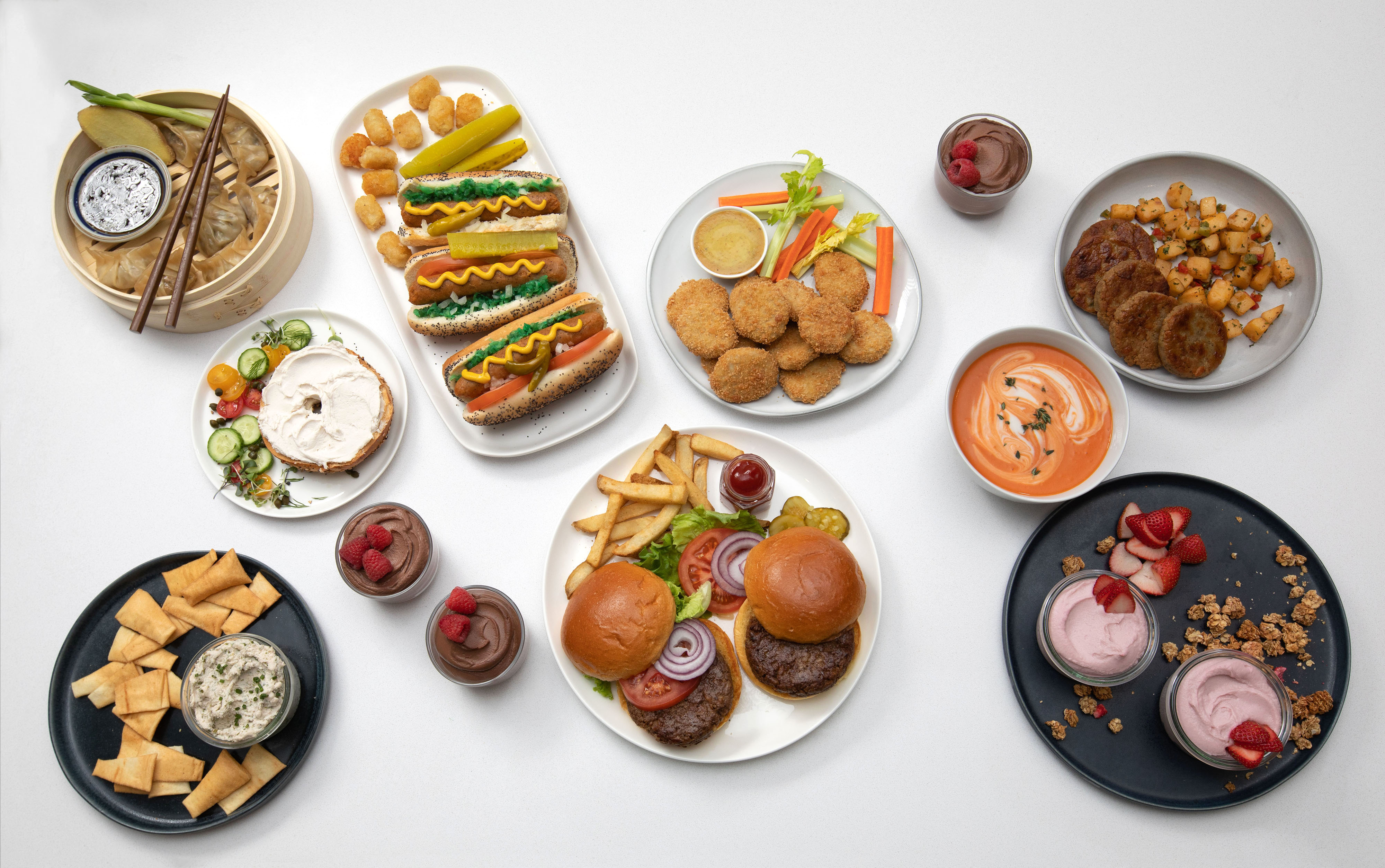 Much of the startup’s funding has gone into the development of the equipment it is using. The company plans to produce its first retail product in 2020, although the uncertain economic conditions brought on by the COVID-19 outbreak could change that trajectory. Plus, its workforce — which comes from companies including Kraft Foods, PepsiCo and McDonald’s — is pretty picky about quality. "I’m French; we don’t mess up with food," Jonas jokes.

While Jonas won’t say what sort of food its being tested, the team — which currently includes 50 employees in Montana and Illinois — has demonstrated applications across many formats — "liquid and solid, frozen, canned, fresh, dairy, meat, sweet and savory."

While Nature’s Fynd initially will launch with its own branded retail products to establish the credibility of its approach, the startup doesn’t plan to manufacture everything itself and is open to partnerships with other food companies.

"Nature's Fynd has the potential to redefine the future of food," said 1955 Capital's Andrew Chung, referring to his company's decision to participate in this new Series B investment. "They have developed tasty products across multiple food groups faster than any other food tech company that 1955 Capital has seen. Their elegant manufacturing process supports a scalable and cost-effective production method that will be critical for achieving competitive pricing, particularly in developing world markets where this technology is most needed. With the global impact of livestock-related illnesses like coronavirus and swine flu that have disrupted the world economy, it's more critical than ever to build a clean and sustainable food supply."

This story was updated March 24 to add the quote from Andrew Chung.