Green and digital: A Chinese recipe for global economic competitiveness

As Americans consider how to rejuvenate the economy in the wake of the COVID-19 crisis, profits at China’s industrial firms rose 11.5 percent year-on-year in June, marking the quickest profit growth since March 2019. China’s rebound from the COVID-19 crisis is already in full swing. So while trade tensions between U.S. and China look set to continue, what is China’s strategic growth plan?

For a number of years, China has considered both "digital" and "green" as critical to future national competitiveness. Of particular interest to the GreenBiz community, China has prioritized green manufacturing and supply chain initiatives since 2005.

Along with the recent widespread adoption of a green credit scoring system that influences availability of finance, China has taken the concepts of digital and green farther than any developed economy. With the data-informed introduction of green bonds, China is reportedly aiming at even bigger shifts in economic momentum, analogous to the country’s previous impact on the development of the solar marketplace.

China’s initiatives are sufficiently mature at this point that they define a "new normal" for any company with significant investment in or reliance on a supply chain in China, and they potentially represent a new competitive benchmark for U.S. economic policy makers.

The origins of green manufacturing

The position of circular economy principles as a high-level policy priority began over 15 years ago in China. Developing a circular economy became a national level "mission" under the National Development and Reform Commission (NDRC) in 2004. "Ecological civilization" subsequently became a constitutional commitment at the core of many of China’s policy decisions since 2007, and China’s Circular Economy Promotion Law was approved in 2008.

Studies published in 2015 by the McKinsey Center for Business and Environment and more recent research by the Ellen MacArthur Foundation have argued that a transition to a circular economy, enabled by a technology revolution, will improve resource productivity and generate substantial economic benefits. Building on such international best practices, and taking into consideration the role the country has defined for itself as a key supply base for manufacturing worldwide, China more recently committed to a national drive for companies manufacturing in China to develop green supply chain management processes.

The aim is for green requirements placed on companies to be passed both upstream and downstream — eventually achieving recycling and reuse resulting in both economic and environmental benefits.

The establishment of "green factories" was put forward as a strategic task in the "Made in China 2025 Program" issued by China’s highest-level policy making body, the State Council, in 2015. The "Industrial Green Development Plan (2016-2020)" was issued around the same time to establish a green manufacturing system by 2020.

In 2016, the first local green supply chain standards were issued in Tianjin, a large coastal city in northeast China. They provide guidance for green supply chains in construction, steel and other industries. Overall objectives put forward by this framework included the concentration of major pollutants in emissions from key industries, reutilization rates for industrial solid waste and energy consumption relative to industrial value added.

In December 2017, the first national level standard GB/T33635-2017, Green Supply Chain Management in Green Manufacturing, was rolled out. In 2018, green manufacturing criteria were established at the national level by GB/T 36132-2018, aka General rules for green factory evaluation.

China is using a holistic and participative approach to create its ecological civilization, and circular economy principles lie at its foundation.

Green supply chains are required to minimize consumption of energy and resources during production, minimize environmental impact and maximize reutilization. Enterprises are required to consider the ecological and environmental impacts from product design, procurement, production, sales, distribution, usage, recycling and treatments aimed at reuse. The aim is for green requirements placed on companies to be passed both upstream and downstream — eventually achieving recycling and reuse resulting in both economic and environmental benefits.

In parallel to the implementation of ecological civilization polices over the last 10 years, China has digitized environmental information and government information channels and made this information publicly available to an extent that goes beyond many Western countries. NGOs and companies such as Beijing-based IPE use these channels to access and dynamically monitor, score, identify and mitigate business interruption risks and anticipate how the competitive landscape will develop.

Examples include criteria for issuance of production safety licenses, approval of new projects, customs certification, government-based procurement, restrictions on financing and stock transfers and implications with respect to environment liability. Some mechanisms under consideration for upcoming regulations are disclosure of environmental ratings, differentiated supervision based on credit levels, and market and industry ban mechanisms.

China is using a holistic and participative approach to create its ecological civilization, and circular economy principles lie at its foundation.

China’s Corporate Social Credit System, set to roll out fully at the end of 2020, but already running as a pilot, introduces a "digital hand" to monitor, score and drive environmental performance of companies in China and can be tied to credit access.

With regard to capital access, access to preferential financing and green bonds are another incentive for companies with operations in China to participate in the government’s programs.

Introducing another dimension to the digitization drive, poor ambient air or surface water quality increasingly has triggered local governments to restrict company operations and/or insist on factory facility upgrades — regardless of compliance with existing regulations — in what are referred to as "real-time policy adaptions."

An example that illustrates this trend was a 2019 chemical plant explosion near Shanghai, which very quickly triggered a surge in official requirements for industrial upgrades, relocations and plant closures. Following the incident, multiple notifications were issued requiring individual companies, industrial parks throughout China and the chemical industry as a whole to upgrade or be phased out. The implications for other chemical parks across China were not immediately apparent unless companies were tracking real-time trending data.

On March 22, China's State Council announced measures that aim at building a digital business ecosystem. This digital ecosystem connects state-owned and private enterprises with universities, innovation centrums and service providers. The purpose of this is to boost employment and economy and to enable a more systemic upgrade of its industry, leveraging available big data and artificial intelligence.

U.S.-based multinationals with operations and/or supply chains in China are generally aware of the trends discussed in this article — although the strategic implications often are overlooked.

As China’s economy continues to surge, the prospect of green and digital for Chinese economic leadership has implications for business and policy makers worldwide. For business, what is your competition strategy in China? For policy makers, what are the economic and trade implications of "green and digital"China leadership and what national policy responses are justified?

Based on extensive interviews across key actors in China, the following recommendations are offered:

Due to the size of the China economy, the right presence and partnerships in China will have a major impact on global company’s abilities to rebound from COVID on a global basis. 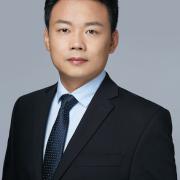 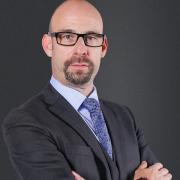 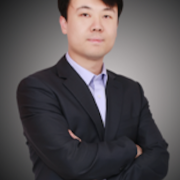 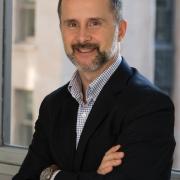 See all by Mao Tao