How can green banks collaborate internationally to scale up private financing to meet the challenge of climate change? A new international organization, the Green Bank Network, hopes to lead the way.

According to Jeffrey Schub, executive director of Coalition for Green Capital (CGC), three main objectives of the network are to share information and know-how among green banks, to help create more green banks and to leverage more private capital.

"The goal of the network is to get more capital and investments into clean energy," Schub said.

These green banks will work with two nonprofits, Natural Resources Defense Council (NRDC) and CGC. The seed funding is being provided by ClimateWorks Foundation.

How was the network created?

Discussions in the United States and Europe coalesced during the past year to build the new network’s foundation of collaboration.

Schub said CGC first thought of this idea during its Green Bank Academy in February 2014. Gathering policy makers from 12 states, CGC held an in-depth discussion on the establishment and the operation of green banks.

"One of the key takeaways of this meeting was that there needed to be a centralized platform to gather more information and to share information more efficiently among green banks," Schub said.

Separately, Organisation for Economic Co-Operation and Development (OECD) has organized multiple yearly conferences on green banks in Paris. Each events is called the Green Investment Financing Forum. The latest meeting was in May.

There needed to be a centralized platform to gather more information and to share information more efficiently among green banks.

The OECD discussion this year also called for the creation of a global green bank "club" which Schub said will "be a central place to share information hopefully to help generate more investments for and with the green banks."

Starting in the spring of 2015, the UK Green Investment Bank conducted a survey asking a group of green banks around the world to gather more detailed information about the international green bank organizations and to identify an online platform in the hub to share information.

As these green banking stakeholders compared notes, conversations about an international network took place and the concept took root.

What activities will the network begin first?

Leveraging existing data, CGC and NRDC plan to design a functioning business model for the network during 2016.

"Over the last few years, CGC has gathered a lot of information about green banks around the world," Schub said. "Over the next year, CGC and NRDC will have a long list of tasks, including defining the relationships of the existing green banks to the network; coherently organizing and presenting green bank information on the online platform; and building out the network to build engagement from development finance institutions, private investors and public policymakers — in addition to the green banks themselves."

Situations are different among different countries, so loan products may vary based on location. However, there is still a great deal of know-how green banks can share — from the guidance principles and underwriting criteria to organizational structure and contract framing.

Green banks are usually public or quasi-public financial institutions that provide support to green projects in a specific nation or state by leveraging limited public funds to mobilize private investment.

To solve these problems, green banks provide both preferable loans and risk mitigation resources — such as loan loss reserves or loan guarantees as credit enhancements — to attract private investors.

Editor's note: Jeffrey Schub is a member of the Clean Energy Finance Forum’s advisory board. 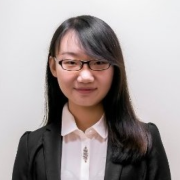 See all by Yinong Sun