Green bonds are fixed-income, liquid securities that are used to raise funds for activities like clean energy finance, climate mitigation and other sustainable initiatives. On April 15, in a panel titled “Business Response: Green Bonds,” experts at the Bloomberg New Energy Finance Future of Energy Summit 2015 in New York City came together to discuss the green bond market’s accomplishments and challenges.

The next five years

Moderator Lenora Suki, head of sustainable finance product strategy at Bloomberg LP, asked the panelists where they thought the market would be in five years. Would the highly sophisticated deals of today continue a transition to the more vanilla proceeds bonds attractive to retail and institutional investors?

They will include innovations such as the pooling of green mortgages into mortgage-backed securities. Green car loans, solar leases and commercial energy efficiency are all candidates, she said, and they may eventually price at a discount compared to regular asset-backed bonds.

When asked about potential risks in the industry, Kyung-Ah Park, head of environmental markets at Goldman Sachs, replied that an obvious one would be a green bust. If a high-profile clean energy company goes under or fails to deliver on environmental commitments, investors may start to think twice before purchasing green bonds.

Resulting tightened definitions of green could also make the process more costly for issuers than it is now, Park said. If the pricing advantage associated with green bonds’ resilience to climate and policy risk fails to materialize soon, such threats could discourage issuers from taking advantage of the market.

Park also warned that an eventual tightening of monetary policy could affect the green bond market. “As yields come up, we know that price moves in the opposite direction. Inflation has been incredibly benign, but inflation is going to uptick as well.”

William Nelson, U.S. power and environmental commodities analyst at Bloomberg LP, began the session by highlighting the rapid growth and evolution in this sector of the debt capital markets. He said green bond issuance jumped to $39 billion last year, more than doubling from 2013’s figure of $14 billion.

Although supranational organizations such as World Bank Group and European Investment Bank formerly accounted for much of the sector’s rapid growth, 2014 saw a five-fold increase in issuance from utilities and financial institutions, Nelson said.

Notably, Crédit Agricole worked with GDF Suez to issue a $3.4 billion green bond, the largest-ever bond of this type, while Iberdrola made a $1 billion offering.

According to Nelson, these trends have continued through Q1 of 2015, with new energy companies accessing the debt capital markets in four primary ways:

“Clean energy, by its sheer magnitude, and now through the maturity of the technologies and the stability of the cash flows, [is] certainly a stable and clear place for revenues and cash flows that investors need,” Sweatman said. “[The green bond] is a product that is really covering all of the asset classes and is really emerging.”

Jeffrey Eckel, president and CEO at Hannon Armstrong, noted that this rapid growth was not unique to green bonds; other fixed-income instruments were booming as well.

Park noted that easy monetary policy played an important role in this trend. According to Park, the prolonged period of ultra-low and even negative yields from fixed-income instruments made investors hungry for higher-yield opportunities. This demand was, by default, conducive to clean energy.

Park emphasized that a critical mass of poolable assets from deployed clean energy, a virtuous technology cycle, and investors’ increasing focus on sustainability criteria were all driving the rapid growth in green bonds.

“Greater deployment and greater visible cash flows mean that we have many more financial toolkits … that we can open up to clean energy companies, and that in turn drives expanded investor access, gets many more investors interested in the underlying credit quality of these green assets, [and] in turn drives down the cost of capital,” Park said.

Sweatman said continued exponential growth in green bonds will require tapping into transactions that are currently invisible to the market. While approximately $500 billion in climate-themed bonds is issued annually, only a small subset is explicitly classified as such.

According to Sweatman and his co-panelists, energy and water efficiency, waste management and corporate issuers represent the greatest opportunities for expansion. Increasingly robust verification standards will help bring these offerings to the market.

Park adds, “On the issuer dimension, let’s not just work with the green companies. Let’s try to figure out how we can work with the companies that are in the non-green space and really try to help them identify where they can [put more] proceeds into environmentally beneficial purposes and help them tap into the green bond market.”

Limitations of the green label

The panelists stressed that while green bonds have proliferated, the absence of a standardized carbon metric has somewhat limited the usefulness of the green label. Furthermore, while some companies specifically used the word green in the bond document, others used only words like solar, wind or efficiency – or fell into the unlabeled category, like Tesla.

“In my mind, the label green comes from the investors’ opinion. Each investor looks at a bond; if the bond has followed the green bond principles, it will have transparency and disclosure about the categories that the proceeds should go to,” Buchta said. “It’s up to the investor to decide what they consider green and what is green enough for them.”

Despite these challenges, Park is convinced that there is value in the label. She pointed out that since the vast majority of investors had not previously invested in green bonds or clean energy, the green label provided them with confidence that the use of proceeds would go toward environmentally beneficial purposes.

As the market evolves, she expects investors to become more discerning, requiring a better definition of green and perhaps relying on a specific carbon intensity metric that could be integrated into the Bloomberg tracking system. 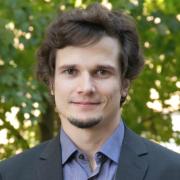 See all by Fedor Petrenko