In 1998 a civil lawsuit was filed in California charging Nike, one of the world's most valuable brands, with willfully misleading the public about working conditions at some of its Asian factories where workers were subcontracted to produce most of its shoes.

The California suit said Nike was violating state laws barring false advertising by deliberately obscuring facts about working conditions, alleging that the Nike mounted an aggressive advertising and public relations campaign portraying itself as a "model of corporate responsibility" in an effort to boost sales of its products.

Ten years later Nike, like other manufacturers, has made progress addressing this issue with its subcontractors, and Nike has also made extensive efforts relating to green buildings. But the damage done to Nike was real and is a far too painful example for organizations proclaiming that they too are a "model of corporate responsibility" of the need to ensure that workers' issues are being addressed even among subcontractors.

Today the issue is beginning to hit home in some very unusual ways. For example at last year's GreenBuild Conference, Jerome Ringo, president of the Apollo Alliance and past chairman of the board of the National Wildlife Federation passionately spoke about how the green building and green movement in general could "put millions of Americans to work in a new generation of well-paid, green collar jobs."

As the issue of green collar jobs begins to take hold, so too is the issue of social equity. It is bolstered by a collaborative effort among a number of nonprofit advocacy groups, such as the Apollo Alliance and Green for All, and labor unions, such as the Service Employees International Union, which are working to ensure that opportunities due to a growing green economy will not bypass workers, especially those at the lower end of the wage scale.

Even religious organizations have begun to respond to the call. The National Religious Partnership for the Environment, Evangelical Environmental Network and National Association of Evangelicals have developed campaigns addressing the intersection between faith, the poor and the environment.

And with this kind of growth and recognition, we can bet that the politicians won't be far behind.

And interestingly, green buildings are right in the middle of it all led by the U.S. Green Building Council. The council recently released its new strategic plan, which for the first time establishes social equity as a priority goal. The USGBC and its Social Equity Task Force recognized the need to be "…proactive in advancing social equity objectives."

So perhaps now as these diverse initiatives begin to converge, the green movement and green collar jobs will grow beyond just creating opportunities for those installing photovoltaic panels and working on other alternative energy sources. Perhaps now janitors and food service workers who make sure our green buildings are healthy and productive will have the same ability to meet their families' daily needs. And perhaps now we will truly begin moving towards sustainable buildings.

But challenges remain. Green buildings have become very popular, especially when they can reduce energy consumption by 30 percent and more. Of course, this is good for the environment and it's good for the bottom line.

But this new challenge of social equity is likely to cost more money. That's right, more money because the cost of cleaning in North America is largely tied to wage rates. Ask any facility services provider (cleaning contractor) and they will tell you that 60 percent to 70 percent or more of their cost is salary and benefits. And when these go up, so too will their costs.

Most facility services providers I have spoken with over the years have expressed that if they unilaterally raise the wages and benefits for their workers they will no longer be cost competitive. In many parts of the country, the sad fact has typically been that if they provide their workers a "living wage" they are priced out of the market, even with the greenest of green customers.

Thus the challenge for making green collar jobs and social equity work for janitors and food service workers is not the supply-side of the market (facility services providers) but rather from the demand-side (facility and property managers). Facility services providers are prepared to compete on a level playing field if all competitors have to work with the same wage rate and benefit package.

So what role will green buildings and certifications like LEED play in encouraging and promoting social equity? Will we get to where a building owner or property management organization cannot promote themselves as green or sustainable unless everyone working in the building is at a minimum able to put food on the table and afford medical care?

Today there are steps that building owners and property managers can take such as joining the collaboration with advocates like the Apollo Alliance, Green for All and Green Cleaning Network. And important and necessary changes can be made in janitorial and food service contracts to require a living wage or at a minimum to request information on wage rates and how these compare to a living wage.

Or are we willing to accept that meeting the minimum legal wage requirements is good enough, when in green buildings we won't accept simply meeting minimum building code requirements? Or in the end is the temptation of cheap labor simply far too great?

Green building owners and facility managers must heed the lessons learned from Nike, especially those with the most visible proclamations of being socially responsible, green and sustainable. As the time is quickly approaching to seriously consider the entire supply chain including those out-sourced services, whether it is based in a Third World country or in the basement of our green building. 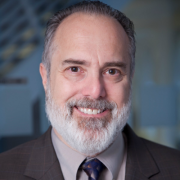 Green cleaning: The journey from niche to mainstream

Finding the Green in Cleaning Products

See all by Stephen Ashkin