In green communications, fear and hope have different uses

It depends in part on whether the audience is thinking locally or globally.

Fear and hope are opposing emotions that are frequently employed in social-issues marketing, and particularly when communicating the threat of climate change.

But are there instances in communicating issues relative to climate change where one sentiment is more effective than the other?

Research we published in the December issue of the Journal of Advertising Research tackled this issue and compared the effectiveness of fear and hope appeals in green communications when the issue of climate change was framed as either global or local. We presented the findings in an article titled What Sells Better in Green Communications: Fear or Hope?

Results showed that when the message was framed as global, an appeal based upon fear enhanced viewers’ attention, engendered a more positive attitude toward the green issue and changed behavioral intention more than a hope-centric appeal did. However, when the issue was presented in a local context, a hope-focused appeal was more effective.

We discovered that environmental problems are perceived as more worrisome and important when they happen at greater distances.

In our research among Taiwanese, we discovered that environmental problems are perceived as more worrisome and important when they happen at greater distances. People tend to be more concerned about increasing temperatures caused by global warming than temperature increases in their own city.

To support this idea, we used Greenpeace as a hypothetical advertiser in our research and tracked results according to the attention respondents paid to the ads in terms of eye tracking, the attitude of participants towards the messaging and behavioral intention of the participants, including potential donation amounts to Greenpeace. (Greenpeace was not involved with the research.)

In the global ad using the "hope" appeal, the headline stated, "Doing the Right Things Reduces the Danger to Polar Bears," which was followed by a drawing of a polar bear crouching on a rapidly melting ice cap as debris floats in the water around it. The copy read, "Reducing the amount of trash protects the ecological environment, allowing polar bears to thrive on Earth!"

In comparison, the global ad featuring the "fear" appeal ran a headline that read, "Doing the Wrong Things Puts Polar Bears in Danger," followed by the same polar bear drawing and copy that said, "The increasing amount of trash destroys the ecological environment, and sadly, polar bears will disappear from this Earth!"

The 'fear' technique was more effective in achieving the desired response from participants in the global ad campaign.

The "fear" technique was more effective in achieving the desired response from participants in the global ad campaign.

On the local level, the ads using the “hope" approach replaced the drawing of the polar bear with a drawing of the Formosan black bear, the largest known mammal in Taiwan, crouching on a small swatch of terra firma and surrounded by polluted water. The headline claimed: "Doing the Right Things Reduces the Danger to the Formosan Black Bear."

The copy continues, "Reducing the amount of trash protects the ecological environment, allowing the Formosan black bear to thrive in our country!" The "fear" version of the local-themed ad read, "Doing the Wrong Things Puts the Formosan Black Bear in Danger." Additional copy read, "The increasing amount of trash destroys the ecological environment, and, sadly, the Formosan black bear will disappear from our country."

Here, the "hope" approach was found to be more effective when the environmental issue was framed as a local concern.

Green communications aren’t always an easy sell to the public because climate change and other ecological issues aren’t immediately tangible or easily explained. Therefore, it is essential to understand when to use a message of fear versus hope in ads dealing with environmental issues, as they both influence people differently on a global and local level.

Ultimately, green marketers must remember that the key to successfully increasing people’s willingness to take action is tied to the type of emotional appeal and messaging context contained in environmental ads. 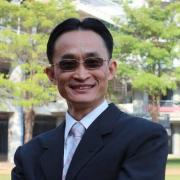 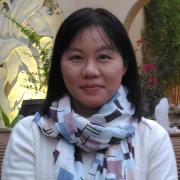 See all by Yu-Kang Lee