In an article entitled "Will Green Jobs Become the New Greenwash?", Joel Makower asks the reader:

"Could it be deemed a good thing that everyone is talking about green jobs, even though they don't necessarily know what that means? Or do we need standards and definitions that help us gauge how well we're really doing? "

The semantic question is important to answer, though in no way essential for us to define a "green job." A number of forces are coming together to put under the microscope the true meaning of green jobs, and what potential -- economically, environmentally and socially -- they might hold.

In the United States, Joel's question exposes a unique challenge. In the U.S., we "live to work" as opposed to "work to live." This way of life's being questioned as greater environmental challenges mount and force us to reconsider our long-term priorities and what we're actually working toward. There's a cultural undercurrent that's disrupting, defying and eschewing conventional definitions as we meet our generational challenge: global warming. Is economic success alone enough anymore, or does it lose relevance as the ability to enjoy a comfortable life is threatened by resource shortages, dramatic weather events and increasing insecurity in what the future will look like for people's children and grandchildren?

The potential people see in green jobs -- and perhaps the root of all the hype and potential for greenwashing -- is to finally find balance and synergy between their personal, professional and public lives. "Doing well while doing good," so to speak, is evolving into the next iteration of the American dream.

Al Gore has famously stated that the coming environmental revolution promises to be bigger than the Industrial Revolution and happen faster than the Technology Revolution. With such a sea change occurring in front of our eyes, it's no wonder we sometimes stare in disbelief: "Is this really happening?" If we can't define it, yet less see it, does it exist?

Consider these facts excerpted from Joel's article:
•    The Apollo Alliance's New Apollo Program proposes an investment of $500 billion over 10 years to create 5 million green-collar jobs in a range of industries including renewable energy; energy efficiency; transit and transportation; and research, development and deployment of cutting-edge clean energy technologies.
•    The Center for American Progress and the Political Economy Research Institute call for spending $100 billion over two years to create 2 million jobs in building retrofitting, expansion of the transit and freight rail grids, construction of a "smart" electrical grid, wind and solar power, and next-gen biofuels.
•    A report prepared by Global Insight for the U.S. Conference of Mayors forecasts that renewable power generation, building retrofitting, and renewable transportation fuels will together generate 1.7 million new jobs by 2018 and another 846,000 related engineering, legal, research and consulting positions. That total jumps to 3.5 million jobs by 2028 and 4.2 million by 2038.
•    A study by the American Solar Energy Society asserts that the renewable energy and energy-efficiency industries represented more than 9 million jobs and $1.04 billion in U.S. revenue in 2007, 95 percent in private industry, and could mushroom to as many as 37 million jobs by 2030 -- more than 17 percent of all anticipated U.S. employment.
•    A report from the Information Technology & Innovation Foundation predicts that a $50 billion investment in the smart grid over five years "would create approximately 239,000 new or retained U.S. jobs for each of the 5 years on average."

"Proposes," "call for spending," "forecasts," "asserts" and "predicts" all characterize the potential for this sector. But the rhetoric's yet to become a reality, right?

Green jobs do exist -- though at the moment, they're few and far between. However, we need to understand where we are in the life cycle of the green job movement to appreciate why we have such a hard time defining, identifying and getting a green job.

The Industrial Revolution took decades to become universally obvious -- yet less to garner a name. The technology revolution of the late 20th century took nearly 25 years to be labeled, celebrated, disdained (thanks to the bust of 2001) and finally understood.


In classic technology thinking, there's an "S" curve that defines diffusion of a technology product, starting off flat with few adopters in the early going, and then steeply rising for the bulk of the time, until the technology is so ubiquitous that adoption flattens off because, theoretically, everyone has one. Witness the iPhone explosion: at first just a few technophiles pony up the $400 for a first generation phone, and then, as popularity increases, the price comes down to the point that seemingly everyone carries one.

As with technology and the "S" curve, so, too, with green jobs. We are fewer than 10 years into this environmental renaissance, which may well define a generation. Indeed, just a few years ago, Adam Werbach, the former president of the Sierra Club, decried the death of the environmental movement.

"The late David's [referring to David Brower, founder of the Sierra Club] vision of restoration was a story about how America would come together to rebuild its industrial and transportation base through an alliance that would accelerate our transition to a clean energy future. It was a proposal for a New Deal on clean jobs. It was the most articulate, future-oriented vision he had ever offered."

"Just imagine what a trillion-dollar investment would return to the economy, including the 'transmission, ' if we committed at that level to green jobs and technologies."

To bring green jobs into reality, we will be forced to collectively experiment with new forms of finance, governance and responsibility.

Indeed, as Friedman notes, "The exciting thing about the energy technology revolution is that it spans the whole economy -- from green-collar construction jobs to high-tech solar panel designing jobs. It could lift so many boats." This transition -- or renaissance -- to a greener future could well be happening everywhere and anywhere.

The Shadow of Unemployment and the Need for Government Support

The labor markets are in dynamic flux at present. Unemployment increases towards double digits in California (9.6 percent at present), with the trend following nationally (now near 7.6 percent). It is, it seems, an unlikely time for the type of growth in green jobs that we are hoping for and projecting.

As someone who owns a small green business, Bright Green Talent, we live this reality daily: Green jobs do exist, but they're more scarce than the demand. Green jobs are hard to identify and get people into. The critical reality that employment opportunities are dwindling by the day reminds us of just how much this seems like an illusion.

Supply and demand for green jobs are wholly out of whack. But is this any surprise given that we are early on in the adoption "S" curve of green jobs? The number of early adopters is large -- we're working with nearly 10,000 job seekers worldwide to find a green career.

On the other side, demand for green employees is just now beginning to grow. Without greater government support for these burgeoning new industries -- renewable energy and green building being two good examples -- green jobs will remain few and far between. Thankfully, the U.S. administration is calling for green jobs as the path toward health, energy independence and increased prosperity. A clear signal from federal leadership can give confidence to a generation of ecopreneurs to pursue both profit and preservation simultaneously.

Back to the People

However, as individuals are forced to reevaluate their professional priorities or seek new careers as they are let go from those they were following, they are coming in droves to the idea of a "green job."

Yet, it's not really a "green job" they want. They're not seeking definitional clarity or a certification that their job is deep (or bright) green. Instead, they're seeking a new path entirely.

So, as to the question of whether and how to measure progress, as Joel suggests, there is some danger in definition. What would be the effects of telling some people that their jobs are not certifiably "green"? Does the desire to measure progress trump the possibility of discouraging people from moving towards this new triple bottom line dream of prosperity? Who will we be shutting out  and, more importantly, why?

In his speech, Adam Werbach offered up that:

"For 30 years American liberals have defined themselves according to a set of problem-categories that divide us, whether they be racial, gender, economic or environmental. We have spent far less time defining ourselves according to the values that unite us, such as shared prosperity, progress, interdependence, fairness, ecological restoration and equality. "

The definition of a "green job" is not nearly as important the fact we have created a labor market that is bound to a larger movement of prosperity and ecological restoration and equality in the pursuit of meaningful work. Adam concluded, "We can no longer afford the laundry list of '-isms' to define and divide our world and ourselves."

To our benefit, we are nearing an inflection point. Consumers are demanding environmentally responsible goods and services. Citizens are holding governments accountable for their air and water quality. Corporations are identifying new revenue streams. Governments are regulating on what were previously considered externalities.

It won't happen in a day, or probably even months or years. But acting as a nation, across the public-private spectrum, we can and will realize the illusion of green jobs to find better lives and livelihoods.

As a managing partner at Bright Green Talent, Nick Ellis combines his passions for the environment, social enterprise and people into a daily commitment to green the U.S. workforce. 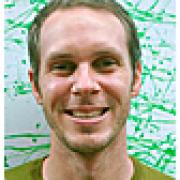 See all by Nick Ellis