What impact would a local drought have on your company's water supply, regardless of whether your business centers on agriculture?

How could it cope with declining supplies of certain lumber?

How much would hurt sales or deliveries suffer if manufacturing facilities were shut down for a day, or even several days, as was the case multiple times in China last year — when air pollution became so severe that emergency factory shutdowns were imposed by the government?

Few business schools bothered preparing executives or managers for management scenarios and questions like these: ones centered on how to cope with the economic impacts of water scarcity, deforestation, out-of-control emission or the increasingly frequent extreme weather events that have rattled supply chains around the world over the past several years.

But over the past decade, forward-thinking companies have become far more attuned to the need to recognize the earth's precious resources in their business development and risk assessment exercises. In 2012, 86 high-profile CEOs pledged to start accounting for this so-call "natural capital." And earlier this year, research firm Trucost published an index identifying companies that have taken an early leadership position in decoupling economic growth from environment impacts.

What is natural capital?

While the definition is a work in progress, natural capital refers to limited planetary resources such as clean water, tillable or fertile 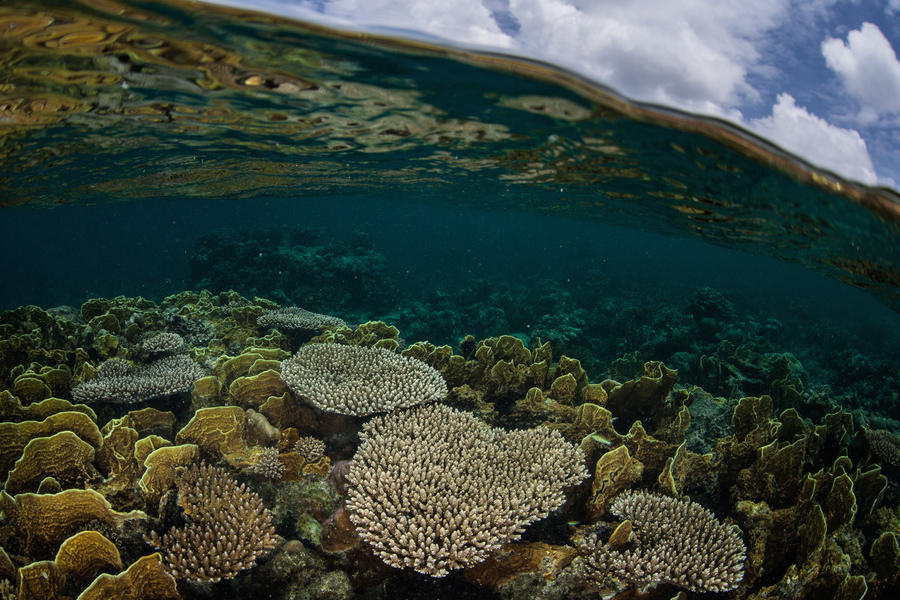 soil, biodiversity and even clean air that are important to many business processes but often assumed to be free. The more appropriate adjective might be invaluable.

"Natural capital produces flows of ecosystem services that benefit people. Business — and society generally — derive many benefits from nature. For example, ecosystems and the species in them purify water, sequester and store carbon, pollinate crops such as coffee and produce wild fish for food," writes the Natural Capital Coalition in its recently published report, "Valuing Natural Capital in Business: Toward a Harmonised Protocol."

No one can really claim to know the precise worth, but the United Nations Environment Programme pegs the worth of goods contributed by the earth's complex land and water ecosystems at a whopping $72 trillion.

If these assets were assigned a financial value, some estimates suggest that the global liability to companies of ignoring potential risks would be more than $1 trillion. Viewed through a more optimistic lens, improved management of natural capital could also become the foundation for new business opportunities in conservation agriculture, agroforestry or aquaculture.

What is natural capital accounting?

How on earth does one begin to place a value on nature? The Natural Capital Coalition notes that early exercises in valuation are centered on trying to account for the "services" that it provides to humans, which include:

"Many of these ecosystem services are affected by externalities," notes the coalition. "An externality occurs when an activity incurs costs and benefits affecting others who are not involved in the decision."

Many early natural capital valuations are focused on the negative, that is to say the detrimental impact that a new project, facility or strategy might have on a particular ecosystem. Certain sectors such as mining, energy, forestry and agricultural companies — along with the companies investing in their futures — are prioritizing the debate. "Business is massively affected by the constraints of the planet," said Nigel Topping, executive director for CDP, at GreenBiz Forum 2014.

Why would a company use natural capital accounting?

For an example of how someone might use natural capital as part of an assessment, consider the case of Shell. In partnership with The Nature Conservancy (TNC), the energy company has added new considerations to its business development impact assessment exercises. The teams ask questions such as: What effect would entering a protected habitat have on biodiversity? Or, will this idea result in costs related to litigation?

In February, TNC and the Corporate EcoForum launched a resource called the Natural Capital Business Hub featuring illustrative examples from more than 40 companies from Alcoa to Lockheed Martin to YES Bank. One high-profile participant is Coca-Cola, which has worked with the World Wildlife Fund (WWF) since 2007 on water assessments and on impacts related to the corn, oranges and sugar it sources.

"Our business can only be as sustainable and healthy as the surrounding community, so we have to engage with that community around water issues to understand vulnerability and work together," Greg Koch, director of global water stewardship for Coca-Cola, told GreenBiz when the site was launched.

What are the risks of ignoring this discussion? 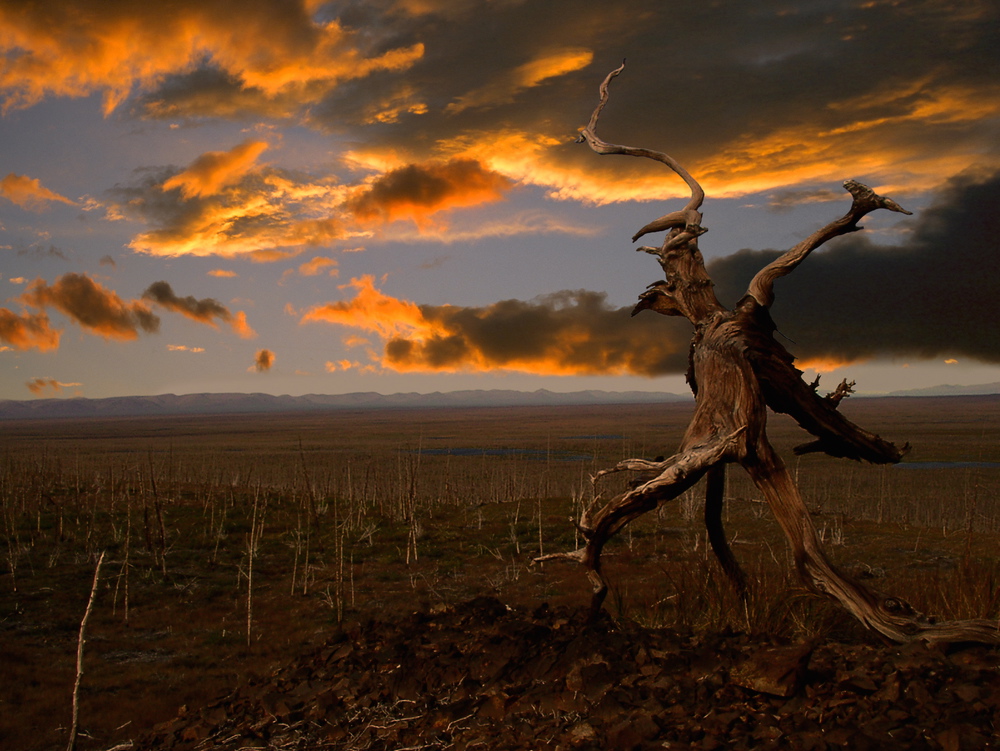 Many companies are making the case for natural capital valuations to better understand the potential financial risks associated with overusing or stressing natural ecosystems.

Rudimentary research released in 2013 by Trucost and GreenBiz suggests that the average per-company "cost" of environmental impacts is about 3.66 percent of revenue for U.S. companies and 3.76 percent of revenue for global firms. The impact on net income is even more profound — 41 percent for U.S. companies and 52 percent for global firms, according to Trucost's estimates in 2013.

In the not-so-distant future, it's not inconceivable that a company's dependence on natural ecosystems might be considered as a condition of business development loans. That's part of the thinking behind the Natural Capital Declaration, originally signed by 39 global financial institutions in September 2012.

“Factoring capital into the bottom line is about bringing the real wealth of the planet from the invisible into the visible spectrum in order to tip the balance from degradation towards sustainable management for communities, businesses and countries," said Achim Steiner, the U.N. Environment Program executive director and undersecretary general, when the declaration was announced.

The most comprehensive effort (to date) to step toward a standard approach for natural capital accounting is documented in two frameworks published earlier this month by the Natural Capital Coalition.

The first document outlines specific steps that managers might take in order to integrate these principles into ongoing planning processes. Some of those suggestions include building an argument that covers risk mitigation, supply concerns, traceability factors and reputational benefits. It's also important to make a connection with long-term value creation: this isn't just about avoiding potential costs, it's about finding potential early mover advantages. This framework was built with input from about 140 businesses, NGOs, policy makers, standards bodies and sustainability consulting firms. The coalition is welcoming stakeholder reviews and suggestions over the next six months.

The second resource is a guide that lists pretty much every existing approach — such as product lifecycle assessments or footprinting tools — that could help organizations get started, with the hope of encouraging more field-level feedback on what works — and what doesn't.

The lack of a concrete standard for incorporating natural capital "accounting" into existing financial models is probably the biggest practical impediment to the adoption of this practice. That's a challenge earmarked by the Natural Capital Coalition: an updated framework is due at the end of 2014, and results from about a dozen proposed pilots will be published in the months beyond that.

A thornier issue is a legacy communications disconnect: sustainability managers must be prepared to discuss and frame natural capital issues in terms and concepts that make sense to their financial counterparts — such as how it affects return on investment, pricing volatility or cost avoidance strategies.

Photo of forest by szefei via Shutterstock.

Let’s get together: Intel’s 2030 commitments include ‘shared’ climate and social goals