Greening the internet: What Apple and Google are getting right

We are all addicted to the little computers we carry in our pockets. We can't take our eyes off of the endless information and streaming entertainment. And while engaging with the internet seems an environmentally benign activity, when we look closely, we see the energy, toxics and waste that are used to provide us with both communication technology and the content that is being communicated. The technology includes data, energy, software and hardware.

One piece of the puzzle is powering the data. In 2016, the U.S. Department of Energy’s Berkeley Lab reported:

In 2014, data centers in the U.S. consumed an estimated 70 billion kWh, representing about 1.8 percent of total U.S. electricity consumption. Current study results show data center electricity consumption increased by about 4 percent from 2010-2014, a large shift from the 24 percent increase estimated from 2005-2010 and the nearly 90 percent increase estimated from 2000-2005. Energy use is expected to continue slightly increasing in the near future, increasing 4 percent from 2014-2020, the same rate as the past five years. Based on current trend estimates, U.S. data centers are projected to consume approximately 73 billion kWh in 2020.

The good news is that the rapid growth rate of energy use by America's data farms has declined, as improved energy efficiency and advanced facility management measures have taken hold. Still, 73 billion kilowatt-hours is a lot of energy — and that is just the energy needed to send you the data; you also use energy to receive information and binge watch your favorite series on your TV, laptop or smartphone. A recent piece in The Guardian observed that "the communications industry could use 20 percent of all the world’s electricity by 2025." The Guardian article provides estimates of the billions of new energy-consuming devices that will be connected over the next several decades, and regardless of the projections you believe, the direction is clearly headed up.

Given these trends and the seductive appeal of these new technologies, there is no question that energy use will continue to grow. This means that the transition to renewable energy will need to be accelerated if we have any chance of reducing greenhouse gas pollution in the near future.

Given these trends and the seductive appeal of these new technologies, there is no question that energy use will continue to grow.

In addition to pollution from energy use, the electronics we rely on use materials such as graphite, a key element in lithium-ion batteries. If mined or disposed without regulatory safeguards, graphite can pollute land, air and water. In a 2016 Washington Post piece, Peter Whoriskey examined graphite mining in China and reported:

This small example is replicated in many other places and with other toxic substances used to produce our electronic devices. Moreover, due to rapid technological advances and a business model that relies on planned obsolescence, many of these toxics end up in our waste stream.

Finally, there is the enormous energy use and production of solid waste by the millions of people in the service sector of our economy making entertainment, games, information and all of the products we consume electronically. While there is no data on the material consumed and waste produced by this part of our economy, the data on how much media we consume helps provide an indication of the scale of this enterprise. According to a study by EMarketer published May 1, 2017, the average adult American spends 12 hours 7 minutes a day consuming media output. The study's very interesting methodology in part accounts for the size of this number:

… media multitasking is what has made so much usage possible … people are often using multiple media at the same time. That is how the figure for time spent can add up to 12 hours a day. And note our method of accounting for simultaneous usage: If someone spends an hour watching TV (for example) and uses a smartphone to surf the web during the same hour, we count this as an hour of usage for each medium, and hence as two hours of total media time.

Time that might have once been spent in social interaction, reading books, praying, sports, board games, quiet contemplation or walking through the woods is now spent engaged with the media. The social, economic and political implications of that fact are profound, but let's limit ourselves (today) to the environmental impact.

The social, economic and political implications of that fact are profound, but let's limit ourselves (today) to the environmental impact.

If you watch a movie shooting on location in New York City, you'll see a block or two of mobile trailers, electric generators, lights, food trucks and in essence, a mobile factory. If the food and material waste from the "shoot" was recycled and the electricity came from renewable resources, the environmental impact of production could be reduced.

New York City's Office of Media and Entertainment has a green production program, Film Green, designed to encourage such practices. We can produce content with less environmental impact if we really want to. The same is true of all aspects of the internet: If data farms were connected to microgrids that gradually went renewable, and if our laptops and smartphones were detoxified, the environmental impact of the internet could be reduced dramatically.

Many of our technology businesses are taking sustainability quite seriously. Apple, under the leadership of former EPA Administrator Lisa Jackson and powered by the huge profits commanded by the company, is a corporate sustainability leader. In its 2018 Environmental Responsibility Report, the company noted:

More than a decade ago, we started to transition our electricity use to renewable sources. Today, we're proud to power 100 percent of our operations around the world with 100 percent renewable energy. That means every Apple data center, retail store, corporate office and colocation facility in 43 countries around the world now runs on clean power.

That means every Apple data center, retail store, corporate office and colocation facility in 43 countries around the world now runs on clean power.

We're continually evaluating the materials used in products. When we identify toxins, we reduce them, remove them or develop new materials that are safer. These efforts also remove toxins from our manufacturing and recycling processes, which protects the people who make and take apart our products and keeps pollutants out of the land, air and water.

Apple's accomplishments are recognized by Greenpeace in its Clicking Green study which reported:

Apple retains its leadership spot for the third year in a row among platform operators. Both Apple and Google continue to lead the sector in matching their growth with an equivalent or larger supply of renewable energy, and both companies continue to use their influence to push governments as well as their utility and IT sector vendors to increase access to renewable energy for their operations.

While Apple and Google lead the way, Samsung couldn't care less. Other companies may not have the financial muscle to accomplish what Apple and Google are able to do. My hope is that in this anti-regulatory era, consumer preference and the long-term lower costs of renewables and material re-use will reward firms that take sustainability seriously, and build it into their business model. While I hope that corporations will be socially responsible, I don't count on it and prefer that corporate good behavior be reinforced through regulation and a sustainability-biased tax code.

The internet has changed how we spend our time and how we live. Its political, social and economic impact continues to evolve as we get more familiar with this technology, and those who produce content for it learn as they go. We don't yet understand what the internet is doing to our politics and culture, but we do know what it's doing to the planet.

The environmental impact of energy use, waste and toxics are among the more easily understood effects of this technology. Therefore, there is no reason to wait to reduce the environmental damage it causes. Apple and Google get it; how about the rest of the industry? 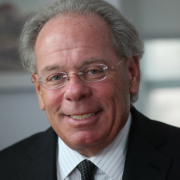 Sustainability is the future of management

See all by Steven Cohen