In Greentech 2.0, Only the Strong Survive

"If you are casually interested [in cleantech], you shouldn't dip your toe in the water," Foundation Capital's Steve Vassallo said to the crowd at the Harvard Business School's energy symposium.

The daylong agenda brought clean energy and technology investors together to speak candidly about the challenges the sector faces, and how the current moment is a mix of boomtime and depression.

"People always think that we are at the bottom when we are still on the way to the bottom," said HBS professor Joe Lassiter. "It is like when kids get into the car and ask, 'are we there yet?' 10 minutes after the car starts."

"Your resolve and commitment to cleantech will be tested in the next three to five years," Vassallo added. "We are going to be walking through the desert.... Look deep down and see whether you really believe, because it is not going to be easy."

Nor is it ever easy. Lassiter estimated that the cost of training a new partner in a venture capital firm is about $100 million in deals. In cleantech, building a portfolio of experience has generally be negative, much to the chagrin of limited partners.

"There are a lot of people who made bad bets. They just sucked as investors," said General Catalyst's Bilal Zuberi.

Some of the challenges are due to the fact that investing in cleantech is a longer, and more risky, prospect than investing in IT.

"The general limited partner base, looking at venture as an asset class, is asking themselves, how patient do we need to be? When you say long term, do you mean 10 years or 30 years?" Vassallo asked. "There is a risk that cleantech investments become a victim of the short term-ism of our entire investor base."

"The regulatory [climate] is what it is and folks are trying to innovate outside regulatory constraints. You are seeing a much broader definition of cleantech," said Jim Matheson of Flagship Ventures. "It is a long-term game."

As the rules of the game have changed, so have player strategies.

Bilal Zuberi said that he has recently seen a growth in partnerships between first-time entrepreneurs and more seasoned veterans who know the industry well.

And Matheson added that the maturity of the solar industry means VCs are looking at it differently.

"We have done no solar, explicitly," said Matheson. "[But] solar is becoming a mature industry. Venture businesses have made money in mature industries. Maybe it is time for solar to be an interesting place for investments."

Upstream? As Solyndra suggests, maybe not.

"We are starting to see the commoditization of certain aspects of the supply chain of solar," said Vassallo. "If you are an entrepreneur that is trying to sell into a commodity market, you are going to get yourself into a lot of trouble... History suggests that startups that compete in those markets will ultimately get upside-down."

"Last month, I got five different business plans that wanted to do downstream solar," said Zuberi. "They had [each] gotten $50 million in capital from some utility or bank. Competition is good, but part of the problem with venture capital is whatever space starts to look hot becomes too competitive and everyone wants to have their own dog in the race."

However, energy storage, which received the most venture capital in the third quarter fo 2011, may soon become less popular.

"There will be substantially less investment in energy storage in the coming years because there are only so many slots to pilot new technologies with utilities," said Venrock's Matthew Nordan. "There may be space for one or two more, but after that we may reach the carrying capacity until five years later."

Similarly, biofuel companies may struggle in a crowded space.

"The area I worry a little bit about in the near term is biofuels," said Zuberi. "Public markets have to support [the newly public biofuel companies] for at least a few years to see if the technologies can get to commercial scale. During that time, scaling up new companies will not be easy."

But those who persevere through tough times will be rewarded.

"In solar and biofuels, you have a bubble, like you had in hard drives and the Internet," said Matheson. "People talk about bubbles as if they are a bad thing. But that's how innovation happens and how people make money." 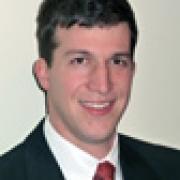 See all by Yoni Cohen