GRI Conference Aims to Lay Out the Rules of the Road

I have just returned from the biannual Global Conference on Sustainability and Transparency, sponsored by the Global Reporting Initiative (GRI), a feast of information on the future of corporate reporting.

That wasn't my only feast. After spending a mere 24 hours in the host city of Amsterdam, I became aware that the Dutch diet relies heavily upon breads and dairy products. While the butter, cheese and yogurt are delicious, I wondered how much of the local population can remain so lean while regularly partaking of baked goods and yummy but fat-filled dairy basics?

Apart from genetics, which has produced one of, if not the, tallest average population in the world, I believe the answer is: bicycles.

Amsterdam's streets were engineered and constructed several centuries ago and were obviously not designed to accommodate automobiles. Throngs of locals and tourists travel everywhere by bicycle. When I left the Hotel NH Krasnapolsky on a bike, determined to navigate central Amsterdam, it became readily apparent that there are rules of the road and conventions to which I had not been introduced. While I may have provided some entertainment (or annoyance) to locals since I did not know the rules, the result could have been, at worst, destructive. So I decided instead to learn the easy-to-use tram and train systems, which brought me safely and conveniently from Dam Square in the central part of the city to the RAI Conference Center further south, the location of the GRI conference.

The conference was sold out to 1,200 participants from more than 70 countries. They arrived to take stock of the state of sustainability reporting from a collection of truly global vantage points. GRI a framework that companies and other organizations use to communicate their environmentally and socially responsible policies and performance to their stakeholders. According to hundreds and possibly thousands of practitioners (no one is sure exactly how many companies actually report since not all submit for GRI review), the purposes of reporting include its use as an internal management tool as well as an external communications vehicle for customers, regulators, suppliers, investors and the public.

For three days, attendees discussed the purpose and pros and cons of GRI reporting, current objectives and expected trends, and theories and ideas about the conventions of sustainability reporting or the "unspoken rules" (something I wish had been provided to me about the ways of bicyclists and taxis in Amsterdam).

While there were too many conference sessions for any one person to attend and many divergent views about what has thus far been achieved via sustainability reporting, initial sessions acknowledged the sorry state of world resources. Speakers then moved on to pragmatically assess what can be done to drive companies to be more aggressive in their sustainability programs and more transparent in their communications about those initiatives.

One key takeaway from the conference is that the financial markets are exhibiting a somewhat schizophrenic reaction to sustainability. While some investors and other stakeholders are calling for the integration of sustainability information with existing financial reporting mechanisms, and Bloomberg and Thomson Reuters are showing an interest in access to sustainability reporting data, most financiers and large investors remain seemingly uninterested in focusing upon the risks and opportunities that sustainability offers.

One apparently cynical investment expert told me: "While sustainability reporting can allow investors to see the full picture of a company's risks and opportunities and I have been working to educate Wall Street on this for two decades, I am convinced that the major investors will get it only after I am dead and I plan to live for a good long while."

Notable and Quotable
A few other noteworthy items (besides, of course, the public disclosure of the GreenBiz partnership with UL Environment to create a sustainability standard for business):

The promise of GRI and sustainability reporting, it seems, is in enhanced organizational education about sustainability, increased transparency, and improved performance against social and environmental baselines. Participating companies and other organizations throughout the world are searching for common language, benchmarks and mechanisms that will help them improve their efforts.

The World Business Council on Sustainable Development (WBCSD) has a stated objective for the world to need the "bio-capacity" of one Earth by 2050, as opposed to the double or, by some estimates, triple the amount of resources and ecosystem services we are currently using. Sustainability reporting is clearly one tool that needs to be employed in this mission. If we are going to meet the WBCSD objective by 2050, we have a lot of work to do and the rules and conventions of the road need to be not only clarified and transparent, but widely adopted and aggressively pursued.

Rory Bakke is Director of Sustainability for Greener World Media. 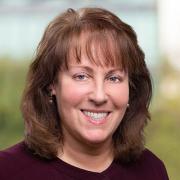 Addressing the material risk of climate change in your company

EQ: A critical tool for the purpose-driven company

See all by Rory Bakke