When Hurricanes Harvey and Irma blew through the southern United States, they left millions without power. During such natural disasters, access to electricity is more critical than ever, allowing hospitals to run medical equipment, letting people charge phones and computers to communicate with the outside world, and powering lifesaving air conditioning for the elderly and infirm. According to Homeland Security estimates, Hurricane Irma alone knocked out power to one out of every 22 Americans.

Many cities struck by Harvey and Irma face a long road ahead to rebuild their electricity infrastructure. According to Duke Energy, to turn power back on in Florida, crews must replace nearly 3,000 poles and 950 miles of wire.

As cities and utilities rebuild, there’s an option to look toward solutions that provide grid resilience, such as distributed energy, especially solar and battery storage sited on distribution grids. In fact, a growing body of evidence suggests that states and countries that replace old, costly fossil-fired generators with renewables, efficiency, demand response and other distributed energy resources (PDF) (DERs) have found greater reliability and resilience at lower costs.

Many cities and universities around the country are taking this to heart. The Sterling Municipal Light Department installed a solar-plus-storage microgrid in the town of Sterling, Massachusetts. The 3 MW solar array and 2 MW/3.9 MWh of battery storage can keep the town’s police station and emergency dispatch center running for at least two weeks in the case of a power outage. On the other side of the country, when the transmission line feeding Borrego Springs, California, was damaged by lightning, San Diego Gas & Electric used the Borrego Springs 26 MW solar microgrid to power the entire community of 2,800 — preventing what otherwise would have been a 10-hour power outage.

This lesson in resiliency also was learned in North Carolina when power was cut off to Ocracoke Island last summer after a construction company accidentally cut the transmission cables feeding power to Hatteras and Ocracoke Islands. Fortunately, North Carolina Electric Membership Corporation (NCEMC), the power supplier for most of the state’s electric cooperatives, had invested in a microgrid with 15 kW of solar, 500 kW/1 MWh of battery storage, and a 3 MW diesel generator. While the transmission line was out of commission for seven days, the microgrid helped provide power for island residents.

As cities and utilities rebuild, there’s an option to look toward solutions that provide grid resilience, such as distributed energy, especially solar and battery storage sited on distribution grids.

Lee Ragsdale, senior vice president at NCEMC, points out that solar and battery storage alone do not guarantee continuous delivery of power. "With a major storm, you can lose the lines and infrastructure. If this happens the generator and battery can only do so much. Microgrids provide redundancy and resiliency, but they are not a panacea. They are only part of the solution."

These examples show that a combination of solar, storage, flexible electricity demand and small generators increases resilience. The ideal combination of distributed energy resources depends on the community’s needs and the costs and values of different technologies. As the costs of solar, storage, and demand control continue to fall, resilience can increasingly be realized in a low-carbon way.

Lowering costs with renewables in Texas

The best news is that resilience does not have to come at a high cost. In fact, distributed generation can be cheaper than the alternative, as illustrated by Bandera Electric Cooperative (BEC) in Texas. Bandera, on the outskirts of San Antonio, is home to Bandera State Park, a popular summer spot for people who want to cool off in the Medina River. The area receives throngs of tourists over the Fourth of July weekend. While the transformer that feeds the area operates with around a 70 percent load factor on an average day, the holiday weekend sees 140 percent of the average load.

"For 99 percent of time, the transformer’s perfect, but with the weekend overload we’re concerned about damaging equipment," said Bill Hetherington, CEO of BEC.

It was going to cost the utility several hundred thousand dollars to replace the transformer. "The reality is, if we upgrade the transformer, we’re overbuilding for this peak," added Hetherington. "We would spend a lot of capital for a handful of hours per year."

Instead, the utility installed a 1.9 MW solar array through a power purchase agreement (PPA). BEC sold 100 kWh blocks of solar electricity to its customers who wanted to support solar but could not put it on their own roof.

The system in Bandera has created jobs and community awareness about renewables, with school groups frequently visiting the solar farm.

The fact that the peak load occurs during the sunniest part of the day and year created a "perfect storm" for a solar array. "It wasn’t just about energy offset or shifting that peak. We wanted to lower the demand on our system, and it overlaid with what solar was able to do for us," said Miguel Rivera, renewable energy program manager for BEC.

The system has provided the cooperative with positive economic returns, which they plan to invest in energy storage for the next phase of the project.

Beyond resilience and cost savings

The benefits of distributed generation go beyond resilience and economic benefit. The system in Bandera has created jobs and community awareness about renewables, with school groups frequently visiting the solar farm. In North Carolina, the Ocracoke Island microgrid serves as a working lab for electric co-ops to test the interoperability of these emerging technologies. "There has been a lot of interest about our lessons learned from other co-ops throughout the state and nation," said Ragsdale. "And we’re looking at how solar, storage and microgrids could benefit cooperative members in North Carolina." 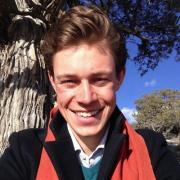