The Grim New Frontier for Innovation

Although the extent of climate change's impacts on the world is still unknown, there are enough advance warnings to push new developments in how we can prepare our responses in advance.

If space travel was the focus of innovation in the 1960s, climate change might become a similar rallying point for the decade to come. Rather than pristine science that aims our sights at worlds beyond our imagination, the before us is challenge is also a threat, and the focus is right here in our front yard.

In 2006, a consensus emerged that climate change was a fact of our future. But 2007 may mark the moment for both government and industry when planning and acting on that fact of the future was no longer avoidable. The urgency around addressing the implications of climate change seems particularly significant for the water utilities.

Above all else, people need water to live. In addition, all industry and economic development use water as their most basic ingredient. The most conservative scenarios for climate change will destroy much of our existing water and power infrastructure or render it obsolete.

The best research available on climate change -- much of it done by scientists in that room -- cannot specify how much higher sea levels will grow, how much more often we will have flooding, droughts and significant storms. However, environmental expert Peter Gleick noted that we do know the direction of the changes, and that is enough information to influence planning, design and action.

Climate change means building new maps for "dry ground" that will be superimposed into the geological earthquake maps. It means evaluating the destiny of infrastructure and buildings that find themselves underwater or in the new flood plains.

For example, Dan Cayan of the Scripps Institution of Oceanography estimated that sea levels will rise 3-25 feet submerging many of the engines of commerce such as major airports, including San Francisco International and Oakland International Airport, and the world's busiest ports such as LA-Long Beach.

Many emergency services -- fire departments and major hospitals -- will find themselves underwater or in the flood plain. Buildings and infrastructure, including water, waste water and electrical power infrastructure, will be underwater in San Francisco, Los Angeles and New York.

Extreme winds, high tides and other climatic events will also contribute to the stress on infrastructure during these more frequent storms.

A Different Kind of Infrastructure?

More importantly, more dynamic weather will require more robust, dynamic infrastructure and a greater emphasis upon a variety of new infrastructure tests. For example: Researchers have not been able to compute the complex changes in snow pack melt, storm systems, waves, ocean levels, temperature and cloud formation that climate change will bring, let alone their combined effects. Simulations that we have used to test the severe and unpredictable impacts upon space rockets in flight may become relevant for testing neighborhood water systems.

More Than Just Moving the Pipes

The water industry that equips the world's water infrastructure has long been the bellwether for a consolidated, stable industry. It provides the pipes and pumps, valves and purification systems that ensure healthy, safe drinking water, with a steady supply that helps drive the U.S. economy -- both industry and agriculture.

Innovation and dynamic industry movements might be the rule for financial markets and software, but we'd don't want any surprises in our drinking water quality or supply.

SFPUC Commissioner Susan Leal closed the conference by proposing an initiative to raise awareness among the public, and generate support for funding necessary changes.

Designing and planning that infrastructure will be a moment for true innovation and an opportunity for new technology. Let's hope that climate change does not demonstrate too much severe weather before this new paradigm for water utilities comes into place.

Laura Shenkar is an entrepreneur who has been working with leading-edge technologies for over 20 years in the U.S., Europe and Israel. She holds a B.A. from Yale University and an MBA from Harvard Business School. 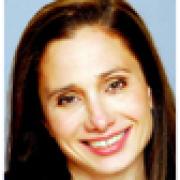 See all by Laura Shenkar