The launch earlier this year of the Eco-Patent Commons marked a big step forward in information-sharing among greentech companies; despite its significant promise, the Commons needs some small improvements to truly become a powerful building block for innovation.

Environmentally friendly technologies are being developed to address a myriad of global challenges, including the need for alternate fuel sources, better drinking water treatment, and air quality improvements. Investment in the cleantech space is indicative of the increased attention to green innovation -- venture capital investment alone in this category has been estimated at $5 billion. Therefore, the advancement of these technologies is of significant interest to business and the public at large.

When the World Business Council for Sustainable Development (WBCSD) launched the Eco-Patent Commons, it appeared to be a win for the “green movement.” IBM, Sony, Pitney-Bowes and Nokia are among the companies who have already donated patents to the initiative, doing their part to protect the environment by aiding and promoting innovation in this sector.

For those unfamiliar with the Eco-Patent Commons, it is an initiative to build an online, searchable repository for patents that are donated by companies for royalty-free use by anyone, without need for a license or purchase. The only limitation for the donated patents is that they should provide "environmental benefit" -- either directly (such as an air emissions treatment technology), or indirectly (such as a more energy efficient manufacturing process). The objective is to promote technology and innovation sharing and environmental improvement through the free use of these inventions.

However, the Eco-Patent Commons itself is in need of some innovation if it truly hopes to accomplish its goal: sharing useful environmental technologies for "the greater good." The current initiative consists only of patented technologies, which, due to the lengthy patent process, are minimally several years old and may no longer be cutting edge. As an illustration, the most recent patent of the 31 currently offered in the Eco-Patent Commons is 7,251,458, from Nokia: “Systems and methods for recycling of cell phones at the end of life.” Although this patent was issued on July 31, 2007, it was actually filed with the United States Patent and Trademark Office (USPTO) on May 23, 2003. This invention, the newest of the Eco-Patent Common offerings, is almost five years old already.

How can a recently issued patent possibly be “old technology"? It is simply a result of the overwhelming number of inventions the USPTO reviews annually for patents. Statistics available on the USPTO Web site reveal that approximately 426,000 utility patent applications were submitted in 2006, representing nine percent growth over the previous year's submittals. A patent application routinely requires at least two years to go through the examination process, and can require much longer depending on specific patent prosecution issues.

The sluggish nature of the patent system means that even the best intentions of a company that donates environmentally beneficial patents to the Eco-Patent Commons cannot compensate for the age of the invention, which likely has become less relevant with time. As a result, these patents may have little value to any company, despite their free availability through the Eco-Patent Commons. In addition, it is clear that the donating company did not find the patent to have compelling competitive advantage for them, or they would not have donated it to begin with, so why would any other company necessarily find value in the donated patent?

Many companies successfully use enabled invention disclosures as part of their intellectual property (IP) strategies. Companies frequently have inventions that they do not wish to patent because the patent process is so expensive, including invention development costs, legal preparation and patent prosecution fees. However, companies also wish to prevent competitors from patenting those same inventions.

By using enabled invention disclosures to publish the invention, companies accomplish both goals: they save the cost of patenting but they also establish a “prior art bar” to obtaining the patent and make it impossible for competitors to claim it the invention as their own. Several Web site forums exist for publishing inventions, including www.ip.com and www.researchdisclosure.com.

Companies wishing to donate inventions to the Eco-Patent Commons can also do their part to move the initiative closer to its goal of widespread environmental technology sharing and innovation. The Eco-Patent Commons is a golden opportunity for companies to “give back” positively to the global community by donating environmentally beneficial inventions -- and build a reputation as an eco-friendly brand in the process. To take full advantage of this opportunity, companies could add incentives to their R&D and product development processes to help increase the numbers of environmentally friendly inventions created and considered for use or donation, thus building the company brand and image among both consumers and investors/shareholders as a socially responsible organization.

And developing an environmentally driven invention process is not as difficult as it sounds. Strategies already exist to create new inventions specifically aimed toward environmental benefits, and for the past 10 years my company, ipCapital Group, has been successfully using just such a process. Our Invention on Demand (IOD) process for “directed invention” has been used across a wide variety of technology areas, including the greentech space. By implementing IOD, ipCapital's client companies have invented unique solutions and technologies that address a myriad of problems. In fact, IOD can even be used to build and improve upon the already donated patents in the Eco-Patent Commons and bring those inventions up to date.

The creative mind has the capability to develop both the ideas and processes to solve the innumerable environmental problems that threaten our planet, but only through invention-sharing initiatives like the Eco-Patent Commons can we hope to channel environmental innovation to make a lasting impact for future generations. However, the above improvements are needed if the Eco-Patent Commons hopes to have a truly meaningful impact in the greentech space.

Nancy Edwards Cronin is a Principal Partner of <a href="http://www.ipcg.com/&quot; target=new>ipCapital Group</a>, an intellectual property consulting firm based in Williston, Vt. With more than 15 years of consulting experience, Nancy serves as an advisor to companies that wish to maximize value using IP, optimize the use of IP in product/service development and business transactions, establish strategic IP positions against competitors, and implement intellectual asset management (IAM) programs. She focuses her efforts in industries such as energy and environmental technology, chemical manufacturing, consumer products, electronics, construction and building materials, medical devices, printing, and semiconductors. 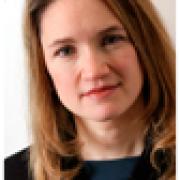 See all by Nancy Edwards Cronin