Growing seasons are less predictable. These scientists are taking a novel approach to boosting crop resilience

Sally Mackenzie spent her childhood summers walking through the vast fields of bright, red, ripe tomato crops: They grow best in the heat of her home state of California. Yet recent seasons prove it can get too hot for a tomato.

"It just sits there, puts out these little green knobs and won’t do anything with them, because it just can’t handle the heat," said Mackenzie, now a professor of biology and plant science at Penn State University in University Park.

Growing vegetables never has been easy, but climate change is ramping up the risk. "Fresh market agriculture is a nail-biting proposition," said Mackenzie, whose father was a West Coast produce distributor. "One rain at the wrong time can wipe out a tomato crop, and that’s hundreds of thousands of dollars."

Increasingly unpredictable growing seasons are a threat to income and livelihoods not only in California, where rising temperatures coupled with scarce precipitation have taken a nearly $3 billion toll on the state’s agricultural industry, but also around the world. Mackenzie is working to do something about that. As producers and scientists search for ways to make crops more resilient in the face of such challenges, she sees promising potential in tapping into plants’ natural ability to rapidly turn select genes on and off in response to stress.

Fresh market agriculture is a nail-biting proposition. ... One rain at the wrong time can wipe out a tomato crop, and that’s hundreds of thousands of dollars.

Best of both worlds

Traditionally, plant breeders have used selective breeding to create high-yielding varieties that can thrive under different growing conditions. However, there’s often a trade-off between breeding for yield potential and yield stability, said Nathan Springer, a geneticist who studies maize at the University of Minnesota. It’s possible to breed a plant that’s drought tolerant, he said. But in a year where there isn’t any drought, this breed of plant may "only yield half as much."

Both Mackenzie and Springer are interested in the role that epigenetic mechanisms — the biological processes that activate and deactivate genes — may play in this dynamic balance between yield potential and yield stability. If breeders could enhance plants’ ability to flip the switch as environmental conditions change, it could make it possible to (for instance) activate physiological changes that enhance drought tolerance only when needed, avoiding the ding on productivity.

"One of the theories about epigenetics is, could we get the best of both worlds?" Springer said.

To breed more resilient plants, Mackenzie tricks a plant into responding as though it is under stress so it will turn on its survival mechanisms.

Mackenzie’s "trick" is to use RNA interference to silence a gene called MSH1, found in the plant cell’s plastid — a compartment that has the ability to sense stress. She and her colleagues discovered that when they suppress MSH1 in a parent plant, epigenetic regulation kicks in, and gene expression is altered in a way that allows it to better respond to stress.

The research team found that the offspring of this parent plant inherit memory of this "stress": They, too, had altered gene expression, even without the artificial stress. Tomatoes treated in this way grew better and were more resilient to the heat of Florida field conditions — with up to a 35 percent boost in yield compared with an heirloom tomato variety.

To breed more resilient plants, Mackenzie tricks a plant into responding as though it is under stress so it will turn on its survival mechanisms.

Mackenzie sees value in this approach to boosting resilience because of the speed at which it can take place. Standard breeding methods could take 10 years to achieve a similar result, she says. In contrast, using an epigenetics approach, "I’m doing this in a year’s time," she said.

Not only that, but because this final product contains no detectable foreign DNA, Mackenzie doesn’t need to go through a lengthy process of regulation by the U.S. Department of Agriculture that other crop breeding technologies such as genome editing or genome modification may require for commercial use.

Springer notes that it’s difficult to determine the extent to which these results can be attributed to epigenetics, however. "It’s hard to confirm that," he said. "[Mackenzie’s] lab is working really hard on understanding the mechanisms."

The success in tomato has motivated Mackenzie to try a similar approach in other crops, including soybean, sorghum, alfalfa and strawberry. But she said company partnerships are needed to test the technology in different seasons, environments and countries.

Springer says that seed companies may hesitate to engage in epigenetic breeding because a gene turned off through epigenetics suddenly could turn on again, compromising their commitment to sell a uniform product. If a crop grown from seeds produced by epigenetically modified plants has more variability than expected, he said, "you have a problem." Mackenzie maintains, however, that the epigenetic changes she sees remain consistent over several generations of plants.

Other researchers are also testing epigenetic approaches. A trial in cassava, a staple crop for hundreds of millions of people in tropical countries, proved challenging.

"Cassava is a very long-term crop — the breeding cycle of cassava is about eight years," said Paul Chavarriaga, lead scientist of the Advanced Breeding Platform at the International Center for Tropical Agriculture in Cali, Colombia, who collaborated with Mackenzie on cassava trials. Early results were promising, but funding ran out before the study could be completed.

Mackenzie emphasizes that manipulating epigenetics is not a silver bullet: It cannot supplant breeding, but rather enhances it.

No epigenetic phenomenon will hold forever, and nor should it.

"It’s not that you just create these varieties and then you walk away," she said. As with all epigenetic phenomena, after a few generations the plant eventually will return to its nonstressed state. "No epigenetic phenomenon will hold forever, and nor should it," she says.

Mackenzie says epigenetic breeding is important to pursue, given the rapid impacts of a changing climate on the agricultural industry.

"Given that we’ve got to accelerate our progress as quickly as we can with as many crops as possible, we need breakthroughs," she said. "There are no simple, rapid, traditional plant breeding solutions. You really have to think outside the box."

Editor’s note: Allison Gacad wrote this story as a participant in the Ensia Mentor Program. The mentor for the project was Virginia Gewin. Nathan Springer, quoted in this story, is affiliated with Ensia’s publisher, the Institute on the Environment. 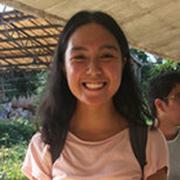 See all by Allison Gacad