Could you design a customer experience based on turning hunger and poverty into sufficiency, war into peace, and catastrophic climate change into planetary balance — and attract prospects who are so thrilled by the values of your business that they not only move from prospects to customers — but from customers to fans … and not just fans, but ambassadors for your brand and company?

To put it a different way, could you create a profitable business whose core mission was creating a better world, and whose produces and services actually help achieve a regenerative, thriving future?

Good news: you can.

When you examine the many "practical visionaries" who are creating customer experiences based on helping the world — household names like Patagonia, Ben & Jerry’s, and Marks and Spencer, as well as thousands of lesser known companies — you’ll notice a common thread: Whether it’s closed-loop energy systems, biomimicry in industrial design, permaculture gardens or even biological marketing, these people think holistically. 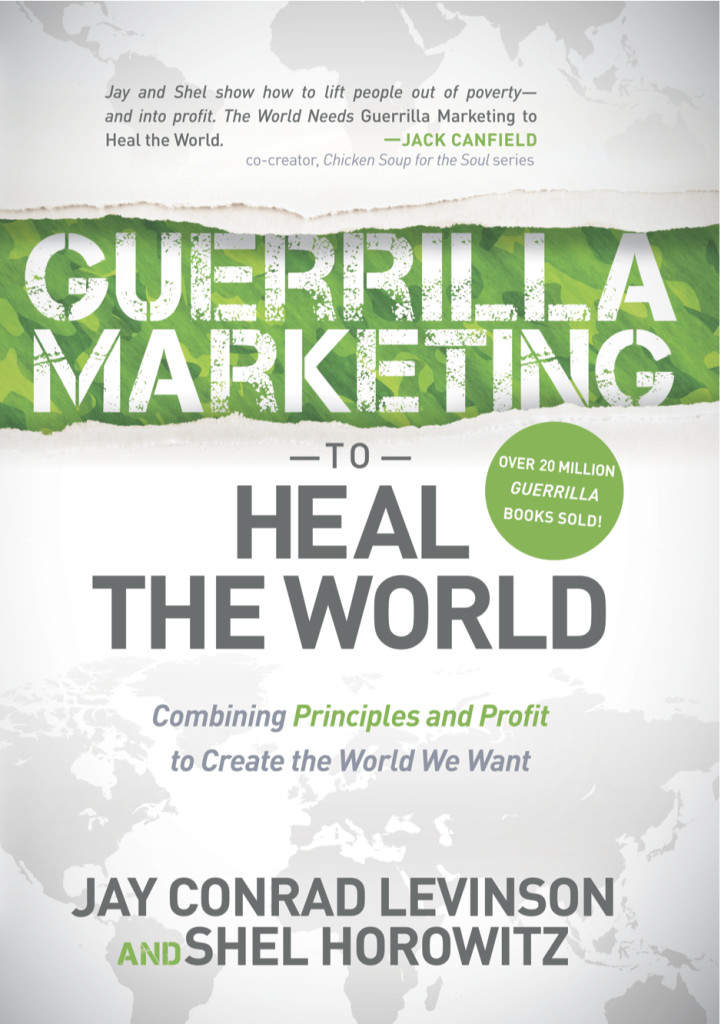 They think in systems, even in ecosystems and microclimates. They look at the whole picture. They have a clear sense of what resources are needed, and they compare the full impact of each system.

They understand that if they count time from door to door rather than gate to gate, train travel is often just as fast as air for trips under 300 miles or so, once you factor in traveling an hour to your local airport, getting there two hours early, and then traveling another hour from the destination airport to the center of the city. (Sometimes, even a bicycle can be faster!) They analyze the entire nuclear fuel cycle to prove that nuclear has a very destructive carbon impact, among other serious problems.

That’s why they’re able to design elegantly simple multi-purpose systems, like the single arch performing 12 functions in Amory Lovins’s house and the d.light lantern addressing poverty, environmental degradation and personal safety all at once — or enormously complex ones, like John Todd’s dozens of different restorers working together to clean up pollution.

And the best of them are able to create customer experiences that don’t just reinforce these messages, but actively bring their customers in as participants.

Just like Lovins and d.light, you can achieve multiple purposes with a single item. The item could be a product, a component, a service, or maybe even an idea.

Systems that incorporate this principle are generally much more sustainable, need fewer components and are therefore also more economical.

Does that sound like a bunch of abstractions that’s a bit too complicated to puzzle out? Let's look at two more examples that might make the concept more real.

Green builders are discovering eco-friendly substitutes for the traditional asphalt paving area. Asphalt prevents water from seeping into the ground and diverts it — usually into sewers, but sometimes into places where it causes harmful erosion.

By contrast, a paving system that allows the water to drain back into the ground right there and yet insulates vehicles from the problems of parking or driving directly on the ground can maintain the water table, reduce concentrations of toxic contaminants, eliminate the erosion problem and even allow for plantings that grow close to the ground — thus adding oxygen and reducing CO2 emissions, which in turn help preserve the earth in the face of catastrophic climate change.

These pavers create a latticework of support above an open area, so the water can freely drain, right where the rain falls.

We’ve seen concrete pavers like this, and they’re very cool. A company called Purus took things up a notch, making the pavers out of recycled polyethylene from old soda bottles. This adds several more benefits: longer lasting landfills, avoiding toxic fumes from incineration of plastic (which should NEVER be burned), reuse of materials, among others.

You’re probably already familiar with organic farming. You may have even heard of its more tightly regulated cousins, Demeter Certified Biodynamic agriculture and veganic (grown without any animal-based fertilizers), or of the growing permaculture movement, all of which go much further than mere organic certification.

You already know that organic foods not only eliminate harmful chemicals but also typically produce tastier foods. But you might not know that organic agriculture can sequester 7,000 pounds of carbon per acre …  that agriculture can raise a significant portion of our energy needs through oilseed crops like sunflowers (yes, we’re aware there are issues in using cropland for energy) …  that a good organic diet of grasses and flax can significantly reduce the (very troubling greenhouse gas) methane emissions from cow burps … and that a cow fed an organic diet will be far more profitable for farmers, because she is likely to live up to three times as long, have many more lactation cycles and even yield 20 percent more beef.

But we don’t have to stop there! Consider the biodynamic Hawthorne Valley Farm, in Columbia County, New York. The farm uses synergistic marketing to attract people to a wide range of offerings — for instance, attracting kids to its summer camp through its yogurt packages reaching parents 1,000 miles away — and regularly brings in 600 children and teens a year, many of whom are inner-city children with no previous exposure to nature.

And even though its consumers aren’t necessarily its customers — their parents are — the farm makes sure to provide a deeply enriching "customer" experience.

"We find nine years old is the sweet spot for education. You pull out a carrot and they say, 'Whoa, food comes out of the ground!' They’re just beginning to see the warts on their parents and teachers, you get them mucking out a stall, taking care of another sentient being — a chicken, a goat, a cow — for the first time in their lives. Kids are not standardized. They’re individual and spiritual. … They get a sense of the relationships, that it doesn’t magically appear."

The farm was founded to counterbalance the domination of farming by large-scale agribusiness while at the same time, kids were more and more isolated from nature.

The farm’s mission: Founding the seed of a living organization that is agricultural, artistic and educational. The goal is to become full human beings by encouraging renewal of society and culture through education, agriculture, arts. It’s a food shed, a watershed. We think of the whole farm as a living organism.

These are just two of thousands of examples. How can you incorporate holistic, systemic thinking to create multiple benefits with one innovation?

If your goal is to let astronauts write in deep space, you could spend millions of dollars researching, designing and prototyping pens that will work without gravity — or you could simply hand out a box of pencils. Maybe they could even be special pencils that make a deeper, darker writing imprint and don’t fade quickly (such pencils already exist).

Just as in the space program, in the world of complex environmental problems, the best solution is often surprisingly simple and very elegant. And we as green business people need to find those solutions, bring them to consumers — and market their benefits.

The massive consumer products company Procter & Gamble understands this concept and has capitalized on it.

Company engineers realized that one of the biggest consumers of energy in households is heating water, and one of the largest uses of hot water is laundry. You could attack that problem with complex solutions such as heating the water with solar systems — or you could market a detergent that works perfectly well in cold water.

P&G chose the latter course, and developed Tide Coldwater. For the average householder, it’s going to be far easier to heat 30 percent less water than to install a greener hot water system — and the savings start immediately, with no big cash outlay to pay back first.

For tenants who would never pony up a big capital investment to improve a property they don’t own, cold-water washing is an extremely sensible choice.

Two of the practical visionaries we met earlier, John Todd and Amory Lovins, are especially good at solving complex problems with simple elegance. Decades ago, Todd grasped the simple and elegant concept that the waste from one production process could almost always be raw material for another one. And you can create an ecosystem of several of these processes layered together.

For Lovins, the three simple and elegant ideas are:

Here are a few more examples of simple elegance addressing other environmental issues:

Simple innovations like these create huge market opportunities for pioneering green entrepreneurs. What simple innovation can create a big market for your company?

How to Use 12 Principles of Permaculture to Grow Sustainable Organizations

The udder truth about cows