"I've got all the Fortune 500's annual revenues from the past few years and their correlating carbon footprint data in a .csv file." "I have the API for Green Guide and would be happy to share it." "I've got data from the World Bank Climate Change portal in several formats that make it really malleable…come see me if you're interested." "I've developed this open-source energy monitor." "I've got 11 years of gas and electricity data for a suburban UK house, I don't know what you can do with it, but it's yours if you want it…" "I'm really interested in bringing energy and climate data into retail spaces."

And so it went, for about 15 minutes straight as I watched and listened, grinning like a Cheshire Cat as the room of more than 100 developers and sustainability practitioners announced the open source hardware, software, and APIs they were throwing into the collective pot for the Green Hackathon held in London last weekend.

This was my first hackathon, but what I noticed immediately was the culture of sharing. The format's brilliance is that it brings together subject matter experts good at thinking through their areas of focus but sometimes paralyzed by too much information.

But it also showcases developers who are incredibly good at turning ideas into actual working things. Teams of this combination cross-pollinate ideas and generate prototypes quickly instead of turning toward consultants or waiting until resources open up to mock up new ideas. 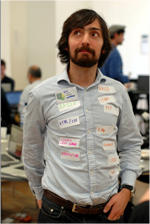 Participants go through something like a speed-dating process in the first hour. They seek out project teams with similar goals and start collaging different data sources, user interfaces, and application programming interfaces (APIs) to solve a problem. This green hackathon yielded 16 solutions or hacks at the end of day two!

Organized by AMEE and sponsored by [full disclosure: my employer] Autodesk, Forum for the Future, TruCost, Technology Strategy Board and Wieden+Kennedy, among others, the hackathon created a physical space for rapid collaborations. By the end of the second day several of the web-based tools were available on active websites ready to be used.

For example, one of my favorite hacks involved an electric kettle hooked up to an energy sensor that fed information to a website which showed the real-time carbon generation in blocks. This was to symbolize volumes of gas (because how many consumers actually know how big a kilogram of carbon is?).

Another, called One Tonne, running on Ask AMEE's web collaboration platform, showed users how to source information on the embodied carbon contained within the products and dwellings they commonly use.

But the real gem of the day was called Mastodon. This hack allowed IT professionals the ability to choose different data-centers based on carbon impacts, cost, temperature and other factors.

One ironic part of the hackathon event is that "hacks" or "hacking," in many cases, is associated with a negative, rebellious or even illegal connotation. In this context, all the data sets, software APIs and energy sensors were either open source or were given with the owner's permission.

As someone who works with sustainable manufacturing software, I know only too well how it normally goes: "I've got all our supply chain data in an ERP system and it won't sync up with the system that you're asking about"; "We have that data but the stakeholder you need it to get to doesn't have access." However, much to my joy, this "red-tape" mentality was nowhere to be seen at the Green Hackathon.

Did the event solve all of today's climate change issues? No. But, the participants stitched together some seemingly disparate data-systems to rapidly create some truly innovative prototypes. If there is one lesson to be learned from the London Green Hackathon, it is that, if implemented, some of the software on show could do much to advance our global effort to mitigate the risks of climate change. If these software developers can create an entire app over a weekend, then imagine what change could be created from some old-fashioned do-goodedness and a hefty spoonfull of geekery. 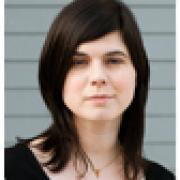 Can mechanical engineers build a case for sustainable design?

See all by Sarah Krasley