Has Seventh Generation Sold Out by Working with Wal-Mart?

I've sometimes said that hell would freeze over before Seventh Generation would ever do business with Wal-Mart. In fact, at times I've made even more strongly worded statements. Now I've got to concede that I was wrong. For the first time ever, the Seventh Generation logo is appearing in a handful of stores that are owned by Wal-Mart.

This weekend, Wal-Mart launched a new retail concept, dubbed Marketside, which initially consists of four small (10,000 to 12,000 square feet) stores in Arizona. Marketside delivers fresh, ready to eat meals along with natural and organic foods. The stores are debuting with ten Seventh Generation cleaning and paper items; ours is the only natural home-care brand that's offered.

Marketside stores are operated and staffed independently from Wal-Mart. Their look and feel, as well as their value-proposition, is unlike anything you'd find at one of the Bentonville behemoth's super-sized emporiums. This is not a discount store with rock-bottom prices. But Marketside is a wholly owned subsidiary of the world's largest retailer, so make no mistake: While we're selling to Marketside, we're doing business with Wal-Mart.

We are not, however, about to put Seventh Generation's products in Wal-Mart's supercenters. Far from it. Our partnership with Marketside is akin to a software product that's entering beta. It's a small first step that's very much under development. There remain many issues to explore, questions to answer, and bugs to discover. We will rely on the early adopters among our customers, consumers, and other stakeholders to test the concept and help us decide whether we should even think about taking a next step.

Nevertheless, this was not an easy decision to make and it was not made alone. In fact, it might have been the toughest call we've ever made. Please bear with me while I explain our thinking.

For many years, Seventh Generation has refused to sell to Wal-Mart and I have been highly critical of the company, even as I (and many, many others) have worked to help make it better. As recently as July, I laced into Wal-Mart for tolerating abusive store managers who forced employees to work off the clock. But while the smiley-faced giant continues to give us much to frown over, it's an undeniable fact that Wal-Mart is changing in a very big way.

Wal-Mart's audacious environmental goals (which we played a small role in formulating) -- to be supplied by 100 percent renewable energy and create zero waste -- certainly got our attention. The goals are as immodest as they are improbable. But Wal-Mart is making real progress -- and progress towards principled social goals as well.

To cite just a very few examples (a full evaluation would fill an entire book): Wal-Mart improved the efficiency of its sprawling truck fleet by 15 percent. It launched experimental, energy-conserving stores that feature wind turbines, solar panels, and xeriscape gardens. It became the world's largest buyer of organic cotton; it slapped more than 40 percent of its audited factories with “high risk” violations; and it's filled almost 40 percent of its management ranks with women.

True, Wal-Mart's performance is far from unblemished (more on that below). But as we watched Wal-Mart change, we began to change, and we soon found ourselves openly discussing what once was unthinkable: Should we do business with Wal-Mart? Whatever the answer, it was clear that we couldn't decide without hearing from you.

Last November, we floated the idea in an interview I gave to Fortune.com. We followed up with an article in our newsletter, the Non-Toxic Times. Many of you responded with thoughtful, often impassioned emails. And as anyone at Seventh Generation will tell you, the debate flared within our associate community. Simply contemplating selling to Wal-Mart often sparked more heat than light. So we got strategic and came up with three criteria to arrive at our decision:

1. Don't just trust -- verify.
Last summer, we put a spin on that old Reagan axiom, “trust, but verify.” We created an index that rated 19 mass retailers, including Wal-Mart, on their social and environmental performance. The companies were scored in 15 categories, which compared each retailer's average hourly wage, the percentage of employees covered by health insurance, their carbon- and waste-reduction goals, their commitment to green building, and more.

To our great surprise, we found that Wal-Mart scored at or near the top in most categories. Which begged the question: How can we not sell to Wal-Mart, when it is out-performing some of our own retail partners?

2. Change that matters.
We are impatient with the incremental changes and timid half-steps toward corporate responsibility that too many big, public companies have taken. Wal-Mart is to business what California is to Detroit -- both are giants that can reshape entire industries. So we not only wanted to see Wal-Mart begin to change itself, we wanted to see it begin to change its vast ecosystem of suppliers, retail partners, and consumers. And it has.

Wal-Mart, which sold 100 million compact fluorescent light bulbs in 2007, is almost single-handedly leading the switch from incandescent to energy efficient lighting. And it's insisting that manufacturers reduce the mercury content in the bulbs they make. It's pressuring its 60,000 suppliers to slash their packaging by 5 percent over the next five years, the equivalent of removing 213,000 trucks from the road. It transformed the entire laundry detergent industry -- and saved vast amounts of natural resources along the way -- when it achieved its goal of selling only double-concentrated liquid detergent in all of its US and Canadian stores.

On these and hundreds of other issues, Wal-Mart is using its clout to force positive changes throughout its supply chain, on a scale that only a federal regulatory agency could match. How many other companies are even attempting to do the same?

3. Fierce conversations.
None of us expects to always agree with Wal-Mart. But we do expect to talk candidly and forcefully with the people who stand behind that smiley face. Sadly, that wasn't the case three years ago, when I met with Wal-Mart CEO Lee Scott. At the time, Wal-Mart was hunkered down in its Bentonville bunker, hiding out from its many critics.

I told Scott that Wal-Mart's tattered relationship with labor unions was a fundamental problem, and his refusal to meet with the Service Employees International Union was totally unacceptable. Apparently, Scott heard the same from other critics, because 18 months later, he and SEIU chief Andy Stern announced a goal of achieving affordable health care for all US residents by 2012.

I also told Scott that Wal-Mart's opaque, self-congratulatory Web site, which put a happy face on the company's blemishes and concealed its real impact on society and the environment, was a stellar example of treating Corporate Responsibility as mere Public Relations. Again, he must have heard the same from many others. Wal-Mart has brought real transparency to its Web site, as evidenced by its detailed performance overview on its sustainability progress -- and lack of progress. Walmart.com should never be your only source of information, but at least it's starting to take a cold-eyed look at the company's performance.

There were three non-negotiables that were absolutely foundational to our decision to move forward with the Marketside account. We wanted social and environmental commitments that were specific enough to hold Wal-Mart accountable. We wanted a certain level of transparency -- a clear line of sight into whether Wal-Mart was making real progress. And we wanted engagement -- evidence that Wal-Mart was talking to and working with its critics. After months of investigating, we had to admit that Wal-Mart had changed.

But as I said, it was a very tough call. Our friends at Wal-Mart Watch have made it clear that the world's largest retailer still has its dark side: “Wal-Mart is currently facing the largest workplace-bias lawsuit in US history for widespread discrimination against women employees…Wal-Mart's new stores will use more energy than its energy-saving measures will save…. Wal-Mart has received numerous fines for violating the Family Leave and Medical Act.”

I could go on, but you get the idea. Wal-Mart is a good company and it's a bad company. But there is considerable evidence that Wal-Mart is genuinely trying to do better. While there is much that's still wrong with Wal-Mart, it's also wrong for us to essentially boycott a retailer that is working hard to improve.

Some of you will say that selling to Wal-Mart is synonymous with selling out. I said as much two years ago, in a very public statement. I respect your point of view, and I encourage you to keep the heat on Wal-Mart and on us. And I ask you to consider the following:

Over the past several weeks, we have all endured a wrenching lesson in what happens when some financial institutions get “too big to fail.” Well, Wal-Mart is too big to not achieve its ambitious social and environmental goals. Whether it's climate change, health-care reform, or natural-resources depletion, we can't take on the world's challenges without Wal-Mart and its tens-of-thousands of partners and suppliers. At this point, we now believe that we can have a bigger impact by partnering with Wal-Mart than by shunning it.

We will continue to closely monitor Wal-Mart. And if our premise proves false, we will walk away from this very tentative partnership. But even if the results prove promising, we will proceed very cautiously with Wal-Mart. And as I said earlier, we will look to you, our stakeholders, to help keep us on the right path.

I realize this isn't going to make me a more popular guy, but I also believe -- to the core of my soul -- that it's the right thing to do. Seventh Generation is now available in four Marketside stores in Arizona. Just maybe, that's a good thing.

Jeffrey Hollender is the CEO of Seventh Generation; he blogs on environmental, business and corporate responsibility issues at Inspired Protagonist. 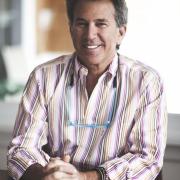 The 4 essential practices to engage employees

Isn't sustainability your job? Why it's time to be nice at work

Scaling business sustainability: Why be timid?

See all by Jeffrey Hollender

VERGE 21 features sessions specifically for startups and investors, including interactive breakouts and industry expert conversations. We are offering a 40% discount to startups. Please contact [email protected] for your 40% discount code. Rates increase October 22!