The introduction of key-card-based energy management systems that require guests insert their key card to turn on room electricity was a monumental achievement for the hospitality sector. Hotels that have installed these systems report a massive 20- to 30-percent reduction in guest room electricity consumption, according to the research group Hotel Energy Solutions (PDF). Then why have we not graduated from the simple key card to even more sophisticated energy-saving techniques in hotels around the world?

Buildings consume an estimated 40 percent of total global energy, 25 percent of water and 40 percent of other resources, while offering a great opportunity to profitably reduce energy-related CO2 emissions (PDF download).

There are two types of hotel owners, and both ought to consider doing efficiency: companies that intend to own the assets for the long term and either operate the hotels themselves or have long-term leases where they can potentially pass on the retrofit costs; and companies with very short-term horizons and intend to “flip” the asset within three to five years of purchasing.

Given that the value of a building is a multiple of the cash flow it produces, every dollar in operating costs that such a building owner can reduce will increase asset value $10–$20, depending on the market and the “cap” rate.

In 2013, the Asia-Pacific region recorded the highest growth of any continent at 6 percent increase in international arrivals, with Southeast Asia growing at 11 percent. Looking ahead, the U.N. predicts the Asia-Pacific region will account for the strongest growth at 4.9 percent annually between 2013 and 2030. The region, therefore, also leads in terms of number of hotel rooms under construction (PDF): Asia-Pacific, 49 percent; U.S., 17 percent; Middle East and Africa, 14 percent; Europe, 12 percent; and Americas excluding the U.S., 8 percent.

Marina Bay Sands is one of Singapore’s largest and most modern hotels across three building towers, with 2,561 rooms and suites and five levels of expansive expo/convention facilities capable of accommodating 45,000 delegates. This integrated resort also boasts over 300 retail outlets, an event plaza, casino, two theaters and a museum. With commercial retail electricity prices in Singapore of $0.23/kWh peak and $0.14/kWh off-peak, Marina Bay Sands' energy baseline from its first full year of operation in 2012 exceeded $100 million.

Even though the integrated resort is relatively new, it quickly became apparent to management that there were several opportunities to increase energy efficiency. Since its completion, several technologies that were not feasible during construction became economically attractive on a retrofit basis. Since 2012, Marina Bay Sands has invested over $9.4 million in energy-efficiency projects that have driven 11 percent energy savings with a payback of less than two years.

Marina Bay Sands has linked the electronic booking management system (eBMS) to the building management system in order to reduce energy consumption, increase productivity and improve the overall customer experience. eBMS is a system used in the meetings, incentives, conferences and events (MICE) sector to manage all event bookings, location, food orders and any other logistical items.

HVAC systems are turned on automatically one hour before an event and turned off one hour after the event. The system yielded savings of over 790,000 kWh in 2013 and has a projected payback period of about 18 months. 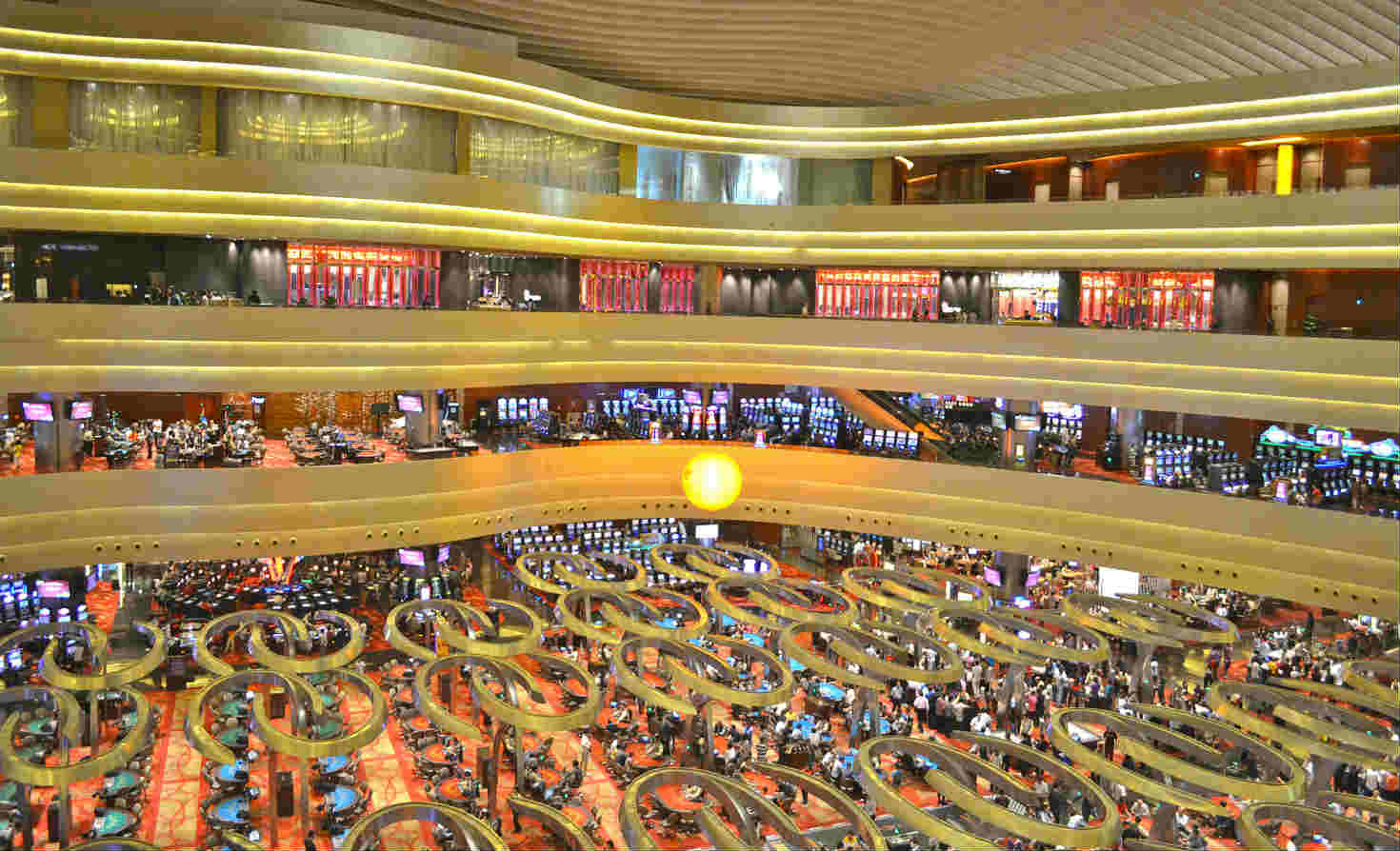 Marina Bay Sands started replacing light bulbs with LED lights in 2012 in the hotel corridors and guest rooms. The project's payback period was less than 14 months. In 2013, seeing the benefits from the first phase of LED installations, the project expanded to retrofitting lights within the hotel guest rooms, hotel elevator lobbies and elevators, loading docks, exhibition halls, casino, garage, theater, retail and MICE and back-of-house areas, resulting in annual savings of over 11 million kWh, with an average payback period of less than 20 months.

In 2012, Marina Bay Sands installed passive infrared occupancy sensors in the walk-in freezers, housekeeping closets and back-of-house offices. The sensors turn off all lights within 15 minutes if they does not sense any movement. The payback periods were within 36 months for the freezers and about 12 months for the other two facilities.

In 2013, Marina Bay Sands installed over 500 occupancy sensors in the convention center’s meeting rooms and bathrooms, and upgraded the pressure and temperature sensors in the chilled water pumps and air handling units. The operational savings from the second phase of sensor installation was over 2.9 million kWh annually, with a payback period of just over one year.

Top management buy-in and support has been crucial. Marina Bay Sands is part of the Las Vegas Sands Corp., which owns eight properties across four cities. The Sands Group has established an environmental strategy called Sands ECO360° that set specific goals, and placed responsibility in the hands of the president and COO for implementing the strategy. At the property level, Marina Bay Sands has a dedicated sustainability team, which is tasked with executing the Sands ECO360° strategy and in particular specific energy-efficiency opportunities.

Marina Bay Sands has a sizeable annual budget for projects that will reduce operational costs and complexities, and lower the integrated resort’s environmental impact. The sustainability team develops three-year energy plans that prioritize projects based on payback, feasibility and ease of implementation. The plan is reviewed and approved by the property’s Sustainability Executive Committee, led by the COO. In previous years, the team has not spent its entire budget in order to maintain a surplus for future projects.

While Marina Bay Sands generally had been successful with the implementation of energy-efficiency technologies, there have been occasional setbacks.

Since 2012 Marina Bay Sands has begun to replace conventional light bulbs with LEDs in several locations throughout the property, regardless whether the conventional light bulb has reached its end of life. LEDs use at least 80 percent less electricity than an equivalent tungsten halogen source, and have comparatively long life, typically 50,000 hours, or at least 10 times as long as the incandescent lamp, according to Carbon Trust (PDF).

For example, during one of the first phases of retrofitting conventional light bulbs with LEDs, Marina Bay Sands discovered that the new bulbs turned blue and emitted noises when in operation, and subsequently had to be replaced. After reviewing the entire retrofitting process, the team concluded that the failure was due to the LEDs being sourced from a manufacturer that was not reputable and did not have rigorous quality control checks. Ensuring that items are sourced from reputable manufacturers is now a priority for Marina Bay Sands.

The example of Marina Bay Sands is also informative in how it differs from the average hotel. As the owner and operator of large, iconic properties, with the ability to marshal significant capital and intellectual resources, the Sands Group is far from average.

Like Sands Group properties, hotels are large consumers of energy and water, yet most have not done wide-scale efficiency projects due to a variety of reasons such as quick turnover cycles, split incentives between tenants and owners, as well as constraints on internal capital and financing that management much rather would see go towards new properties or improving guest experience in ways that increases occupancy and rates.

While Marina Bay Sands may not be indicative of the average hotel in Asia, it also provides valuable lessons for how other large property groups can take steps towards reigning in energy consumption, and therefore increasing overall financial performance. Given that margins in the hospitality sector are only about 3 percent, every dollar that an operator can save on energy is the equivalent of increasing revenue by $35, according to Mark Jewell of EEFG.

With the tourism and hospitality industry in Asia booming, fueling the construction of hundreds of large properties throughout the continent, energy efficiency will continue to be a major opportunity for those operators willing to commit the resources and put in place the right incentives for property managers to improve efficiency. This should include those simple key cards, and many more innovations that guests can enjoy. As a result of these efforts, Marina Bay Sands has achieved over $9.4 million in annual savings, illustrating that being green also makes green. 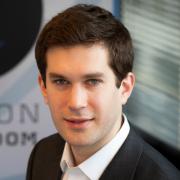 Is a sustainable mining industry possible?

See all by Matthew Cullinen