Long before Hawaii distinguished itself by becoming the first state to declare a 100 percent renewables goal two years ago, the island had a long history of innovation related to electricity.

After all, the former monarchy’s Iolani Palace was first electrified back in July 1886, four years before the White House, as part of a project that was the brainchild of intrepid entrepreneurs and a royal family fond of making a modern impression.

As was the case more than a century ago, public-private collaboration forged with the mutual goal of advancing new technologies and testing business models will prove key to achieving Hawaii’s aspiration of being powered entirely by renewable electricity by 2045, according to local officials and businesses.

For perspective, that’s a big stretch goal — the Hawaiian islands collectively are on track to reach 30 percent mark by 2020, according to the current administration, but the state needs to accelerate progress in order to achieve its long-term vision.

That was one factor behind two bills signed this week by Hawaii Gov. David Ige meant to help innovation thrive in the Aloha State. The first involves changes to intellectual property protections that make it simpler for the University of Hawaii system to become more closely involved with the startup community to "create, promote and participate in new economic enterprises and expand workforce opportunities based on inventions and discoveries." The second offers a "more modern and updated method" for university researchers to commercialize what they create without finding themselves afoul of ethics laws.

Three nationally recognized accelerator programs that have risen up around Hawaii’s energy transition are XLR8UH, which has investments in startups such as OiO, a smart meter technology company; Elemental Excelerator, which is behind Shifted Energy, a startup that has figured out a way to turn hot water heaters into batteries; and Blue Startups, which has backed more than five dozen diverse ventures over its existence.

"There’s much more here than meets the eye," said Rich Wacker, president and CEO of American Savings Bank, one of Hawaii’s largest financial institutions, during a panel about innovation Tuesday afternoon. "We are a testbed for technology. For good reason, we are a place where this innovation can be tested and brought to bear."

Software giant Microsoft, for example, collaborated with Shifted Energy on a project that linked its heaters with the Internet of Things to create a network of water heaters that can be managed far more closely as a demand response mechanism by Hawaii Electric. (Microsoft’s cloud services played a role in the pilot.) 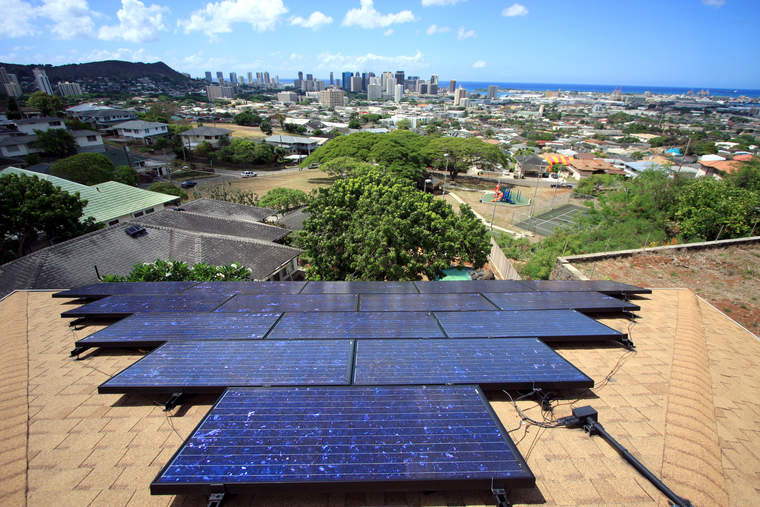 "This is a great example of how to get more out of the grid that we already have, if we have better insight," said Brian Janous, director of energy strategy for Microsoft, during the panel discussion.

It's equally important, Janous believes, to focus on innovation in pricing, policies and other legacy business models associated with the electricity system. "We don’t have a market design to get us from where we are today to where we need to go. We need a miracle from a business model point of view," he said, suggesting that many technological pieces necessary to make clean energy far more economically viable are in place.

In the absence of strong federal leadership, it will be up to states and cities to play a more active role in inspiring innovation, added Andrew Beebe, managing partner with Obvious Ventures.

"The states have a huge role in telling their utilities what the citizens of their state want in terms of renewable percentages but also in terms of mechanism of support," Beebe said in an interview after the VERGE Hawaii panel. "So Hawaii, California and New York have all pretty famously supported energy storage in very long-term ways. That's a great role for states to play. I think the public utilities commissioners around the country just have a tough job. Ten years ago, that was not necessarily a very difficult position, when some got appointed by a governor. Now, it's like being an ambassador, which sounds pretty cushy until a war breaks out in your country, and I think that’s happening to your commissioners."

Hawaii's Governor: Governments should be agile to tech disruptions