What produces food also can produce energy. This paradise state of lush vegetation and sunshine is full of startups trying to cultivate both.

The sugar and pineapple plantations that once were central to the Hawaiian economy have all but disappeared, acreage in cultivation having shrunk by 85 percent.

Cattle ranchers on these islands have a hard time competing with mainland beef sellers because of the need to import grain. And Hawaii exports 80 percent of the wonderful array of fruits, coffee, macadamia nuts, cattle, pigs and vegetables it grows — even as it imports 90 percent of the food its people consume.

Electricity is generated mostly from imported petroleum, which adds costs to everything.

Hawaiians yearn to grow more of their own food and supply their own energy through renewable sources, tired as they are of depending on expensive imports from the mainland.

Self-sufficiency and resilience in food and energy are vital to Hawaii.

The Hawaiian legislature passed a bill last year to transition the state to 100 percent renewable power by 2045 — a goal that has galvanized these groups. Alongside that goal, Hawaiians talk of increasing food security and food self-sufficiency.

"Since Hawaii’s economy leaks billions of dollars each year in food and energy costs, local production keeps the dollars and their multiplier effects at home, restoring jobs and prosperity to our rural communities," Datta continued in an email. 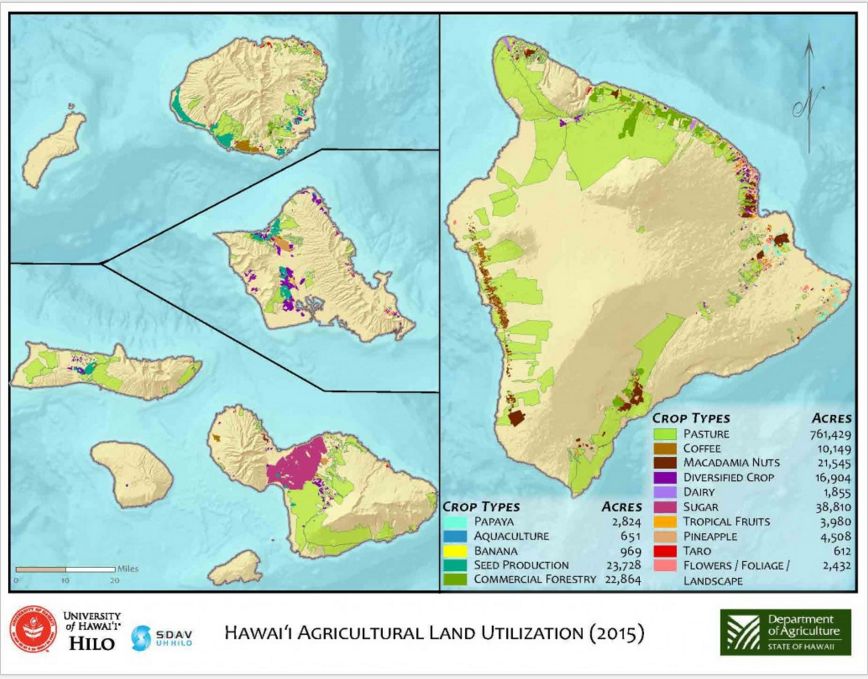 Myriad entrepreneurial projects are underway to deploy solar, wind and biodiesel electricity generation and rejuvenate local agriculture. Some are backed by high profile investors, like Pierre and Pam Omidyar who fund Ulupono. Others are local business operators.

Kelly King is co-founder of Pacific Biodiesel and one of the local business people experimenting with new business models to address the energy-ag nexus.

"The two most important things in sustainability are food and fuel and if we can make those two things ourselves in Hawaii, we’ll be much better off," King said.

Indeed, Hawaii has become a laboratory of innovative energy and agricultural — often in the same project. Let's look at the details:

"We are food and fuel," said King, who founded Pacific Biofuels in 1995 with her husband, Bob. Pacific Biodiesel converts used restaurant grease — of which there is plenty in tourism-driven Hawaii — to biofuel for vehicles and utiities. It operates three plants in Hawaii — in Honolulu, one near the Maui Landfill that takes grease waste from the landfill and one on Kauai — and built a dozen others on the U.S. mainland and Japan.

But more recently it opened a new plant, Big Island Biodiesel in the island of Hawaii, as a pilot to prove commercial viability of a new concept — creating not only biofuel but agricultural feedstock for cattle and, with it, a market for that feedstock.

In the zero waste Big Island Biodiesel plant, restaurant grease is used as well as sunflower and jatropha plants that grow in Hawaii — thereby giving farmers a market for growing these crops as well as providing a self-sustaining source of fuel. The plant’s conversion process not only makes biofuel but also a solid byproduct from the sunflower residue that is a perfect feed for livestock.

"It is a great combination. We are food and fuel,” King said. "We are growing this byproduct that is livestock meal which is really, really needed here because there is not much feeder."

In fact, most cattle ranchers in Hawaii either import grain feed or they send their almost-ready-to-be-slaughtered cattle to the mainland to be grain-finished — or eat grain in the last part of their lives to add fat. While beef from grass fed cattle is healthier, most consumers apparently prefer fatty marbling in their meat that comes from grain. So Hawaiian ranchers have taken to shipping their cattle to the mainland. And Hawaiian consumers, therefore, buy meat from the mainland.

"Grain feed has been missing from our cattle industry," but now Big Island Biodiesel is producing it, Kelly said. 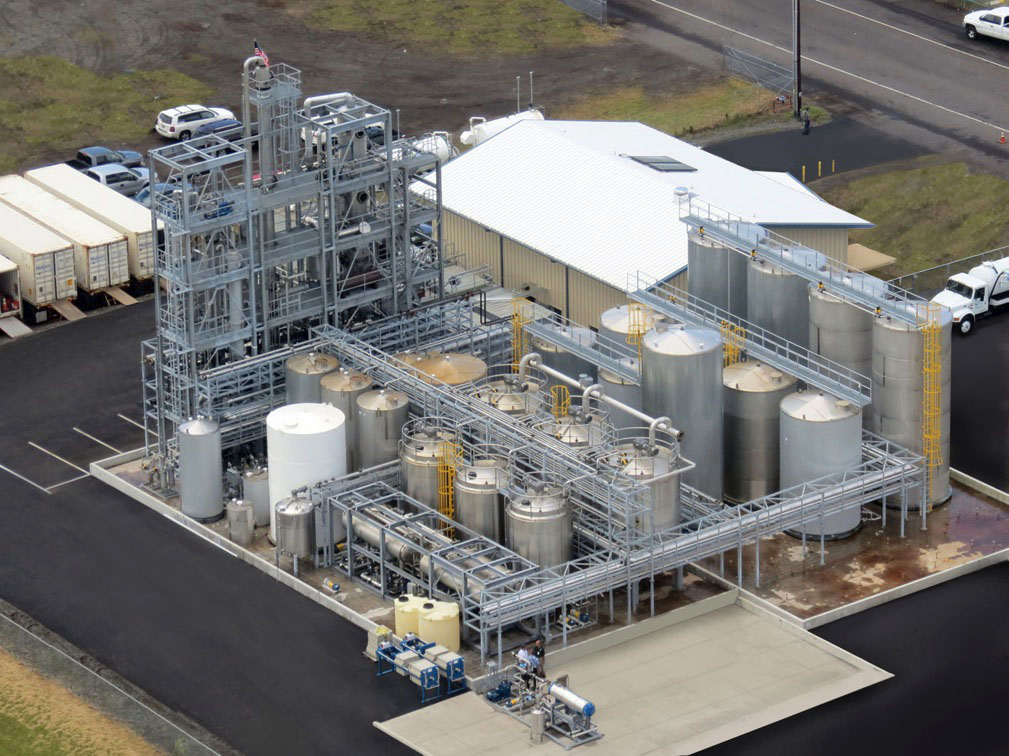 Kamehameha Schools, another Hawaii institution, is both a private charitable education trust that doles out $14 million in grants as well as a private school system of K-12 schools on Oahu, Maui and Hawaii islands for native Hawaiians. It was endowed by Hawaiian Princess Bernice Pauahi Bishop, great-granddaughter and last direct descendant of King Kamehameha I, with the aim of preserving the culture and traditions of Hawaii.

What does Kamehameha Schools have to do with agriculture or energy? It owns 375,000 acres of ancestral lands in Hawaii, only a fraction of which it uses for its schools. The rest, or about 358,000 acres, is dedicated to conservation and agriculture on Hawaii.

It is involved in numerous large solar projects on its land. The latest: a project with SunEdison to build a 50-megawatt solar farm on sheep grazing land — with the solar panels positionined in such a way and at such a height to allow the sheep to freely graze.

Kunoa Cattle Co. is also working on the homegrown beef problem. It is raising grass-fed and finished cattle on Kauai Island in a renewably powered operation, "so Hawaii can be self sustaining in its food production."

Its aim is to return Hawaii, starting with Kauai, to its tradition of raising cattle on grass, which would avoid the shipping of cattle to the mainland and supply Hawaiians with their own healthier beef.

It is using solar and other renewable sources of energy plus storage to provide electricity for ranch operations, which it believes will lower the cost of refrigeration and processing. "Our state-of-the-art processing facility will utilize renewable energy generation, and integrated storage to develop the meat processing infrastructure, which the islands currently lack, allowing us to keep our premium beef cattle here in Hawaii," it says on its web site. 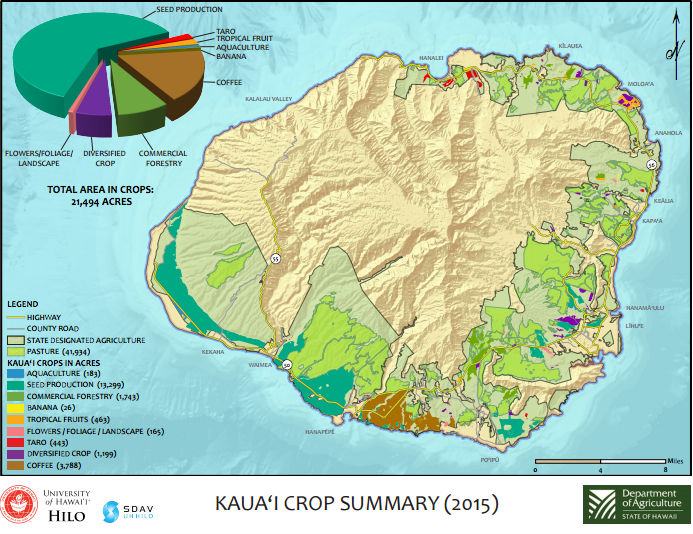 Kualoa Ranch is a nature preserve with a thriving tourism income and an operating farm with cattle and sheep. Now, it wants to get into the agriculture plus energy business. Kualoa is expanding it sheep farming operation to double as a solar farm. The thinking is that solar panels and sheep will happily coexist.

It is yet another farming operation seeking renewable energy solutions as a hedge against expensive fossil fuel-based energy.

BioEnergy Hawaii is a circular economy play, working to divert waste streams to products for agricultural and energy. Its resource recovery facility accepts solid municipal waste from local collection companies and diverts 70 percent of it from the landfill to be put to new uses.

It separates out commodities for recycling and selling into recycled commodities markets. It sends wet organic waste into anaerobic digestion plants to make fertilizer, compost and biogas. And then takes the solid waste like paper, textiles, low value plastics and wood to process into engineered fuel.

It was leasing land on the plantation to farmers cultivating small and mid-size farms, providing work for displaced pineapple growers. The aim is to drive the commercial viability of organic fruits and vegetables. But its operations are now paused.

TerViva is a startup that is also trying to answer the energy and agricultural feed stock shortages in Hawaii with pilot projects in growing a new crop called pongamia for use as both fuel and a fertilizer.

"We use pongamia to ‘grow oil,’ combining agriculture with chemistry to produce clean fuels and green chemicals while at the same time restoring unproductive lands in rural communities," TerViva says in its marketing material. Pongamia oil contains long-chain fatty acids that can be converted into biodiesel as well as surfactants and lubricants for industry. Also, after the oil is extracted, the residual pongamia seed cake holds protein and nitrogen, making it of value for fertilizer and as an animal feed supplement.

Agriculture in this paradise state not only grows food but energy. Business, farmers and policymakers are all striving to make the connection happen as one way to grow local sources of renewable energy and strengthen local agriculture to the key economic power it once was. 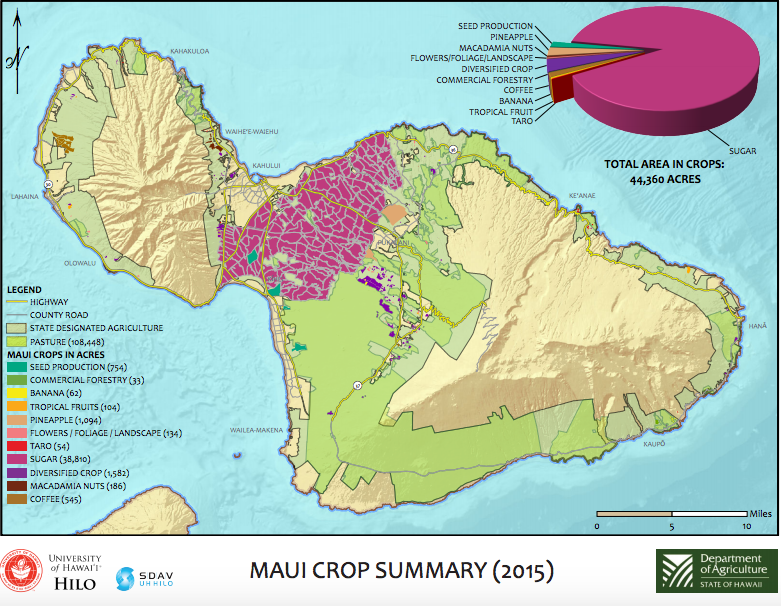