Heat traps: Mapping the legacy of exclusion in cities

Extreme heat often kills more people in this country than hurricanes, floods, lightning and tornadoes. But heat is not an equal opportunity killer.

"It’s very selective in the way it kills people," said Vivek Shandas, professor of urban studies and planning at Portland State University in Oregon, whose new study, published in the journal Climate, evaluated summer temperatures in 108 U.S. cities. “An extreme heat wave goes across a whole city. But some neighborhoods are actually much hotter than others.”

He and his colleague, Jeremy Hoffman, chief scientist at the Science Museum of Virginia, found that redlined neighborhoods were hotter than other neighborhoods. The term "redlining" refers to the New Deal practice of drawing red lines around black neighborhoods on residential maps to discourage lenders from issuing mortgages in those areas, thereby depriving those communities of needed investment. This practice was banned in 1968 by the Fair Housing Act, but its legacy lingers today.

Decisions made almost 100 years ago are playing out today as a significant climate inequity.

With fewer shade-providing trees, parks and other green spaces, and a high density of heat-trapping concrete buildings and asphalt roads, these neighborhoods tend to retain more heat. The study found that redlined neighborhoods were 5 degrees Fahrenheit hotter on average than other neighborhoods in the same city. In Portland, Oregon and Denver, Colorado, the disparity was even more striking, a difference of upwards of 12 degrees F. 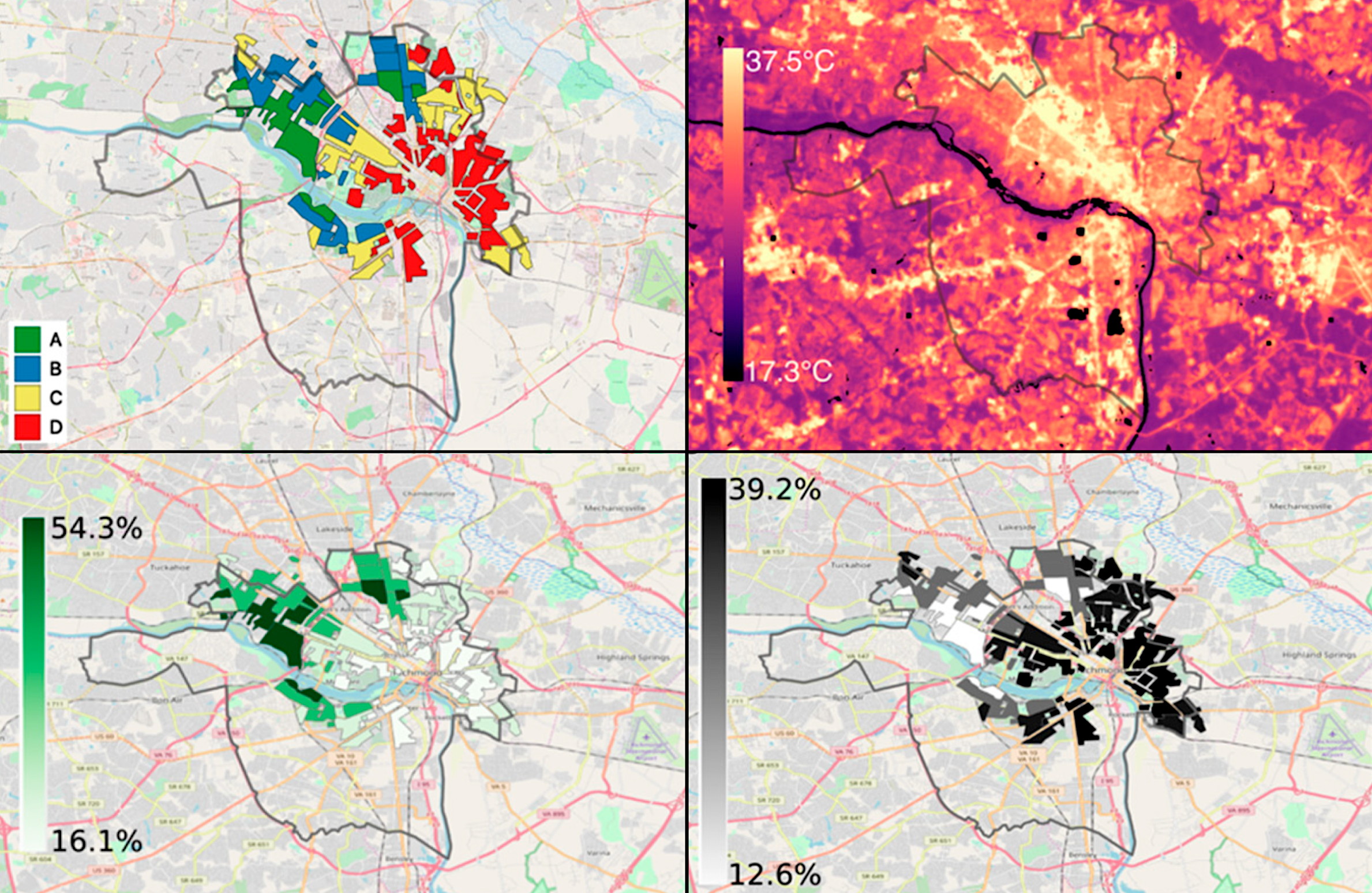 "The real shocker is that decisions made almost 100 years ago are playing out today as a significant climate inequity," Hoffman said. "We have been long aware that climate change disproportionately impacts already vulnerable communities, but we’ve never really asked, ‘How did we get here?’ This study shows that these neighborhoods are not only suffering from lack of wealth, but they also are suffering from the effects of climate more acutely than the rest of their city."

People need to care more about their cities as a whole, rather than focus solely on their own neighborhoods.

The study authors used historical maps to identify redlined areas. They then examined temperature data, gleaned from satellite imaging, on selected sunny days between 2014 and 2017, comparing redlined neighborhoods to other neighborhoods.

Extreme heat is compounding other environmental risks in these communities, which face higher levels of air and water pollution (PDF) and limited access to fresh, nutritious foods and health care. As a result, they also experience higher levels of asthma, especially in children; obesity, diabetes and other health issues. And climate change is only making heat waves more frequent and intense. 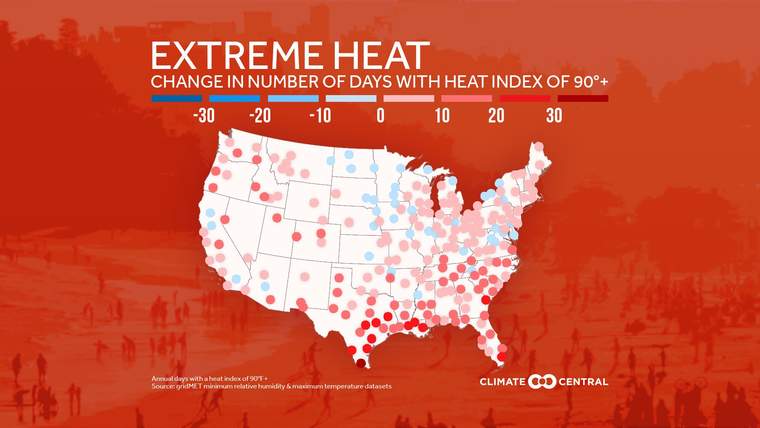 Climate Central
Most Americans are seeing an uptick in the number of days over 90 degrees F.

"This is an environmental justice issue having to do with the historical structure of our cities, how we formed our cities and how people were relegated," said Bruce Mitchell, a senior research analyst with the National Community Reinvestment Coalition (NCRC) who was not involved in this study, but co-authored a 2018 report on the legacy of redlining.

Mitchell, who also has conducted other research into how hot weather has a bigger impact on communities of color, added, "This study illustrates one example of that structure, where you find people particularly vulnerable to environmental exposures, like excessive heat."

Tracy McCracken, who directs the fair housing program at NCRC and also was not involved in the study, agreed.

"This study validates the fact that the insidious effects of redlining remain today, despite a ban that occurred over 50 years ago, and the extreme heat resulting from climate change is making things worse for people who live in these neighborhoods," she said.

Shandas, who has studied how heat varies across cities for more than a decade, said the work was, in part, an effort to make climate change feel relevant to people, regardless where they live. 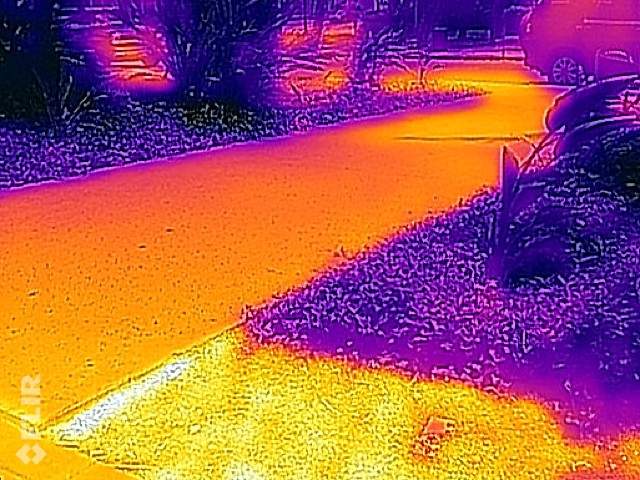 "One of the biggest challenges of climate change is taking this concept from a global level to our everyday lives," he said. "We need to recognize how climate change affects our commute, our access to fresh food, and our ability to get through the day without disruption. What we were trying to do with this work was identify things at the local level that matter."

Moreover, he said, people need to care more about their cities as a whole, rather than focus solely on their own neighborhoods.

"We have to decide whether we really care about our neighbors — the people we are sharing roads and sidewalks and schools with," he said. "Do we really want to create healthy, vibrant cities and neighborhoods? Do we want to do things for our neighbors that will help our cities? We are a society imploding if we are looking out only for ourselves and fail to take care of our brothers and sisters."

Hoffman hopes the study can help cities prepare for rising temperatures. He said there are a lot of things they can do, such as plant trees, build parks, and upgrade roads so they don’t retain as much heat. He added that communities need to be involved in planning for climate change, pointing to a greening initiative on Chicago’s west side.

"The people wanted to help decide what some of the designs would look like, and where the trees and flowers would go," Hoffman said. "We have the science behind how to fix it, but need to acknowledge that these neighborhoods have been left out of the conversation — and let them in."

Lessons from Phoenix on water management and equity

Urban resilience? There's an app for that