Will the real Donald Trump please stand up?

One week ago, the U.S. president showed his stripes as an "America First" trade protectionist by blessing a tariff that is likely to raise costs for corporate solar purchases and cost domestic jobs among installers and developers. Five days later, a "restrained" POTUS stood before world leaders at the World Economic Forum in snow-blanketed Davos, Switzerland, encouraging them to invest in a "strong and prosperous" United States.

The money quote from his speech: "America First does not mean America alone."

Much of the media coverage remarked on the relative lack of drama associated with Trump's WEF debut (he skipped last year). As is to be expected, his remarks completely ignored the topic of climate change. However, plenty of the other leaders there — notably France's President Emmanuel Macron and Chinese economist Liu He — were more than willing to position their nations as champions of inclusive economic growth engineered to address the threat of global warming. 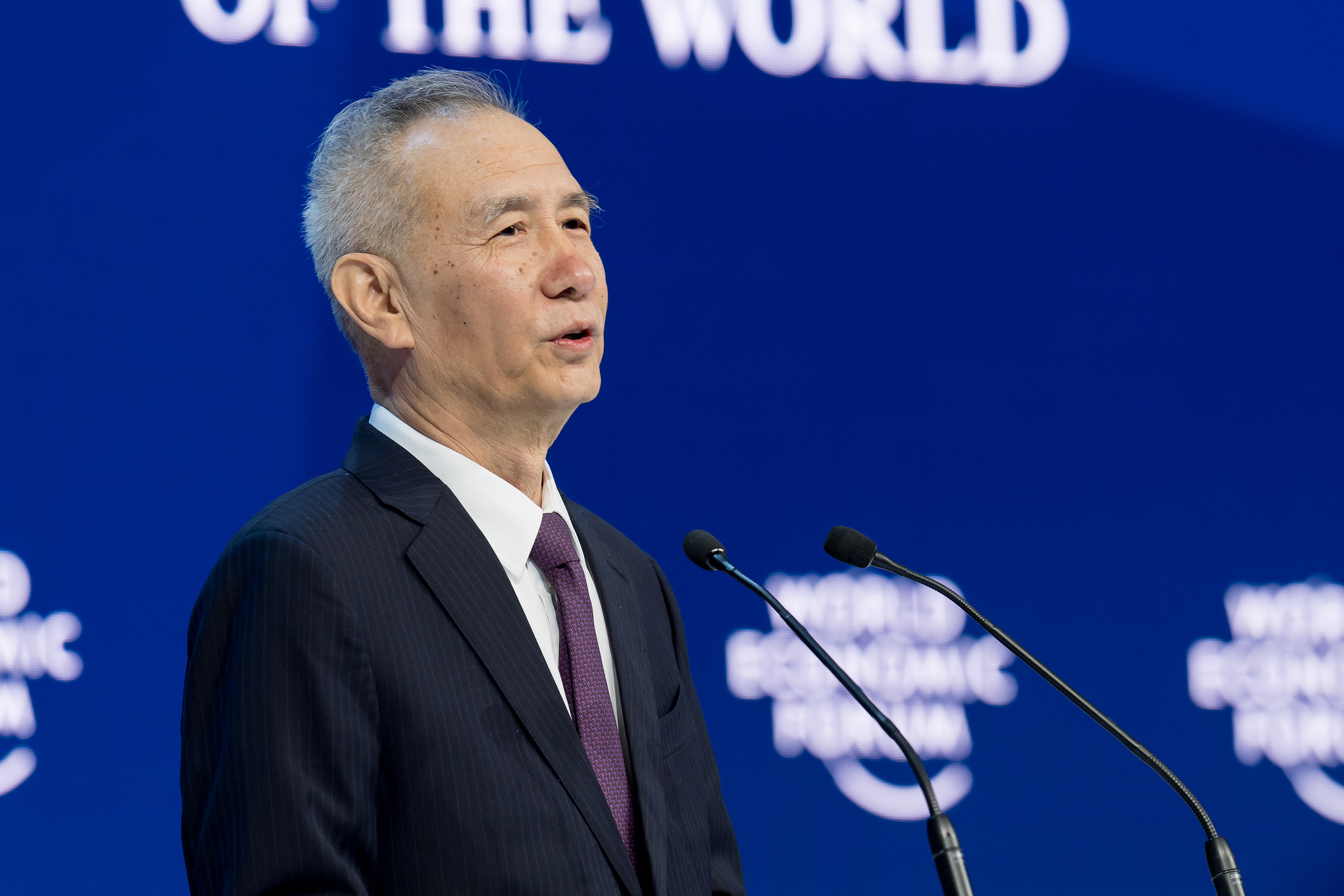 Macron's commitments included a pledge to shut all of his country's coal-fired power plants by 2021 (in part, amid the revelation that France blew its emissions reductions targets in 2016.) Liu He talked up his country's focus on "high-quality growth." As he put it:

Green and low-carbon development is what the Chinese people want the most in a break with the traditional growth model. In the next three years, China will scale up pollution control to substantially cut the total emissions of major pollutants and lower the intensity of resource consumption. Such efforts are expected to improve the environment. They will make our development more eco-friendly and our skies blue again.

As has become the case for the past several years, climate action advocates representing both the private and public sectors used WEF to issue research supporting the principles of clean economics and to highlight heightened corporate commitments. Here are some developments and questions that had both attendees and those watching from afar talking.

1. Will economists embrace an alternative to GDP?

The common practice of relying on gross domestic product — without factoring in the social and environmental impacts — as a measure of economic prosperity is causing nations to miss out on "a virtuous circle in which growth is strengthened by being shared more widely and generated without unduly straining the environment or burdening future generations."

That WEF-authored proclamation accompanied the organization's latest Inclusive Development Index, which points up two particularly troubling trends among the world's most advanced economies: First, they're "flatlining" when it comes to improving wealth among all households. And second, their standing has deteriorated since 2012 when it comes to addressing the depletion of natural resources, carbon intensity of GDP and other intergenerational factors.

To be fair, this isn't a new theme: the sustainability community and environmental economists have been talking up this idea for more than a decade. But when WEF speaks, world leaders and CEOs tend to listen.

2. A heightened focus on the future of food — and waste

Alongside the inclusion theme, WEF researchers also issued new data exploring the link between meat and protein consumption and environmental sustainability. Its analysis blames global livestock production for 15 percent of all annual greenhouse gas emissions and, more specifically, for 75 percent of all the forest-clearing activities in the Amazon rainforest.

"We must work together to evolve our current meat production, explore alternative proteins and encourage new consumer behaviors, especially on reducing food waste," said Tom Hayes, president and CEO of Tyson Foods, the largest U.S. meat processor, who was on hand in Davos discussing the report. Tyson's venture fund is an investor in alternative protein company Beyond Meat.

One company using the WEF platform to make a statement on food waste was Cargill, which has entered into a three-year partnership with Gastromotiva, a nonprofit in Brazil addressing this issue. The initiative focuses on training local chefs to manage their kitchens differently. 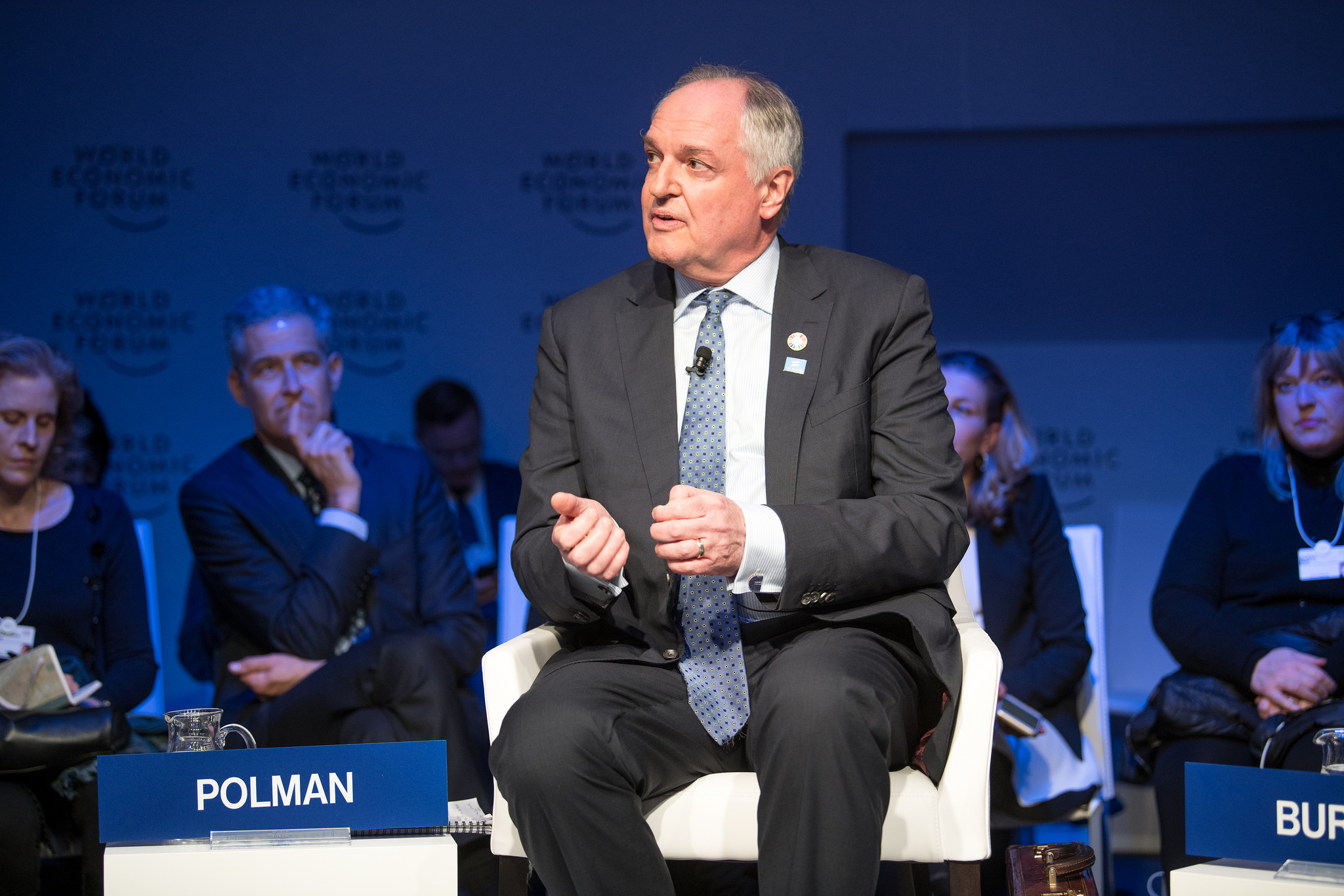 The Ellen MacArthur Foundation orchestrated one of the larger corporate-driven events at WEF last week, spotlighting 11 retailers and consumer goods companies that pledged to embrace 100 percent reusable, recyclable or compostable packaging by 2025 (or earlier in some cases).

The list includes Amcor, Ecover, evian, L'Oreal, Mars, Marks & Spencer, PepsiCo, Coca-Cola Co., Unilever, Walmart and the German CPG company Werner & Mertz. They collectively use more than 6 million tons of plastic packaging annually. The initiative is part of the foundation's work to evangelize circular economy principles, and it dovetails with the business world's heightened focus on reducing the plastic materials finding their way into the ocean.

Among the more notable commitments: Unilever is working to publish a list of the plastic materials that make up its packaging by 2020, as part of its advocacy for an industry-led protocol for tackling the issue.

Unilever actually used WEF to make another update to its ongoing Sustainable Living Plan, including an agreement with a government-owned palm oil plantation in Indonesia, PT Perkebunan Nusantara. The idea is to certify local mills and smallholder farmers on techniques to reduce deforestation or development on peat — which plays a major role in offsetting greenhouase gas emissions — and to discourage exploitation of communities.

“Unilever’s ambition is to make sustainable palm oil mainstream," said Marc Engel, chief supply chain officer. "We have been working really hard to make this a reality and we have been evolving our approach over the years. We are involved in various partnerships to help smallholder farmers improve their yields while protecting the environment and local communities. The MoU with PTPN is the first time we can apply the produce-protect model at scale — our partnership will have a positive impact in Indonesia from an environmental, social and economic perspective which makes it unique to the industry.”

Ironically (and oddly), Unilever didn't make the cut on a global ranking of the Global 100 "most sustainable corporations," released to coincide with the Davos gathering. The publicly listed companies on the list are evaluated on 17 environmental, social and governance metrics such as carbon productivity, revenue from clean products, the link between executive pay and sustainability performance, and renewable energy adoption.

This year's top ranking went to Dassault Systemes, a French software company that specializes in 3D design and engineering applications. The rest of the top five were:

The top-ranking U.S. company was Cisco Systems, the networking and communications specialist, which ranked seventh globally. The United States had the most companies on the list (18) followed by France (15).

5. Which is really the most sustainable country of all? (For now)

According to the latest data (PDF), host country Switzerland ranks first in national sustainability, with France, Denmark, Malta and Sweden claiming the rest of the top-five spots. The United States came in at No. 27, behind the United Kingdom (sixth), Germany (13th), Italy (16th), Japan (20th) and Canada (25th). China and India were much lower on the 180-country ranking, at No. 120 and No. 177, respectively.

Generally, the scores for emerging economies are subject to much more fluctuation, the researchers noted.

"The 2018 EPI confirms that success with regard to sustainable development requires both economic progress that generates the resources to invest in environmental infrastructure and careful management of industrialization and urbanization that can lead to pollution that threatens both public health and ecosystems," said Daniel Esty, director of the Yale Center for Environmental Law & Policy and a contributor to the report.