The commitments are falling woefully short of what's needed to plan for the impacts of rising sea levels and temperatures.

This article is the first in a three-story series culled from the MMC Climate Resilience 2018 Handbook (PDF) and originally published on Brink.

To date, "green bonds" have been seen as the primary vehicle for environmental or social impact in the fixed-income market. Green bond issuance has grown significantly since the market was initiated in 2007, with offerings by the European Investment Bank and the World Bank.

In 2017, total labeled green bond issuances — those explicitly marketed by issuers as green and many receiving third-party verification of their "greenness" — amounted to $221 billion in debt outstanding. An additional $674 billion has been identified as "climate-aligned" by the Climate Bonds Initiative (PDF), bringing the total market for such debt to nearly $900 billion.

The vast majority of projects financed by green bonds have been focused on achieving climate change mitigation goals via low-carbon energy installations or public-transport initiatives to reduce greenhouse gas emissions. But a less frequently considered (if arguably just as critical) element of the climate change investing equation is the need for climate adaptation — initiatives that anticipate, plan for and adapt to the changing climate and its impacts. Examples include altering coastal infrastructure for anticipated sea level rise or implementing green roofs and permeable pavements to reduce heat island effects in cities.

The growing need for adaptation

Even if global warming is limited to 2 degrees Celsius by the end of this century, some significant level of change to historical weather patterns and sea levels is expected over this time frame.

Indeed, leading research — and recent events in California and the Caribbean/U.S. Gulf Coast — indicates that these impacts already are materializing. Although such impacts are notoriously difficult to quantify, the United Nations Environment Programme pegs the annual requirement for investments in climate adaptation at $56 billion to $76 billion per annum in 2015, increasing to anywhere from $140 billion to $300 billion per annum in 2030 (PDF). This equates roughly to an aggregate requirement of between $1.5 trillion to $3 trillion over the 15-year time period.

Even if global warming is limited to 2 degrees Celsius by the end of this century, some significant level of change to historical weather patterns and sea levels is expected.

To date, actual and future committed public finance for climate adaptation has fallen woefully short of the estimated need.

Although data is limited, it appears as though private finance is not being mobilized adequately to fill the remaining gap. Evidence of such limited commitment to adaptation can be found in the green bond universe where only 3 percent to 5 percent of issuances have been tied to an adaptation-related project, all in the water sector. This despite the fact that the Green Bond Principles (PDF) acknowledge the application of bond proceeds to support "climate change adaptation (including information support systems, such as climate observation and early‑warning systems)" and that the Climate Bonds Initiative includes in its taxonomy an adaptation section (albeit unfinished).

How to close the financing gap

The reasons for the adaptation-financing deficit are manifold, and solutions will not come easily. But there are some promising subsegments in the global bond market for investors looking to diversify their sustainable investment portfolios with climate change adaptation solutions:

While the above investment categories are all currently small (or as yet nonexistent), the building blocks for global investing in climate change adaptation are in place.

Scaling these opportunity sets will be essential, as the need to move more dollars rapidly into climate finance to support adaptation is clear. This need will increase as global temperatures continue to rise. 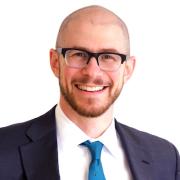 See all by Alex Bernhardt