Here's how California's water laws were made

This is an excerpt from "Ruling the Waters: California’s Kern River, the Environment, and the Making of Western Water Law" by Douglas R. Littlefield. It is published here with permission from the publisher, University of Oklahoma Press. The above is an affiliate link and we may get a small commission if you purchase from the site.

The outcome of Lux v. Haggin removed some — but not all — of the cloud over California’s water rights. The 1886 decision validated earlier California Supreme Court decisions supporting prior appropriation, but now, subject to riparian entitlements that preceded appropriative claims from the same stream. In California’s gold fields, this meant that priority further legitimized vast diversions of water from originating watersheds to distant diggings even after the 1884 federal court ruling in Woodruff v. North Bloomfield Gravel Mining Company ended the destructive practices of many hydraulic mining operations. Priority also sanctioned other appropriative allocations that came before riparians had taken up lands on the same waterway, such as for farms in agricultural areas and for hydroelectric power dams, a new and growing water use in northern California and the Sierra Nevada. All of these diversions would have enormous future impacts on local biomes in California and throughout the West as water was used consumptively for many purposes and sometimes taken away from native streams to serve ever-growing demands in myriad places.

After the 1886 Lux v. Haggin decision, California riparians also enjoyed better protection. Downstream on the San Joaquin River in the Sacramento–San Joaquin Delta region, for example, huge areas of natural wetlands habitat had given way to drained acreage, and farms could rely on flows from adjacent riparian waterways. A. H. Rose, the state’s commissioner of public works (a predecessor of today’s Department of Water Resources), described the earliest of these swampland salvage efforts to the governor of California several decades after they had started. Speaking about one of the largest delta wetlands areas in the downstream part of the San Joaquin River, Rose wrote, "Reclamation operations were commenced on Roberts Island in 1856. The same general method of procedure was followed, namely: The individual settlers built small levees along the banks of the river in a disconnected and desultory manner. Back of these levees the back land was cultivated in fruit and vegetables." By the time of Lux v. Haggin, thousands of marshy acres in the Sacramento–San Joaquin Delta had been reclaimed in a similar manner, and after the state supreme court’s decision, owners of such areas could rest assured that their riparian claims to water would be secure. Similar events were occurring simultaneously along a multitude of other waterways throughout California, and cumulatively, these happenings were dramatically changing huge swaths of marshes and riparian habitat into farmlands. Moreover, riparian rights assured cattlemen next to streams and rivers that annual flooding would continue to provide lush forage for their livestock — at least for a few more decades. Even those grasslands, however, were significantly altered as the grazing of thousands of cattle disturbed the natural homes of birds, other animals,and insects.

The seeming harmony that Lux v. Haggin’s acceptance of both riparian and appropriative rights brought under very specific circumstances was not viewed by California’s masses as a satisfactory outcome. As Norris Hundley explained in his landmark study "The Great Thirst: Californians and Water; A History," "The land barons emerged from the courtroom virtually unscathed and in possession of water and estates, but lesser Californians found the Lux v. Haggin decision an enormous headache and a bitter disappointment. Besides anger over continued recognition of riparianism, there was dismay about the complex, contradictory, and jerrybuilt legal system that the court had saddled on the state. It soon proved a field day for lawyers, who filed suits with such abandon that no single issue appeared more often on state court dockets than water disputes. Even the nabobs soon tired of these antics, with Henry Miller later complaining as an old man that he had spent $25 million on legal fees, much of that maintaining his hold on water rights. The less fortunate, even if the law seemed in their favor, could seldom afford to wage court battles, though enough people still found the means to keep judges busy and water attorneys wealthy."

According to the 1880 census, Kern County had over 5,000 residents and boasted nearly 80,000 acres of improved homesteads in what a few decades earlier had been marshes and scrublands.

Just as Lux v. Haggin had brought enormously beneficial impacts to many lawyers’ bank accounts throughout California, the subsequent 1888 Miller-Haggin Agreement also had momentous long-term consequences, specifically for the Kern River’s local ecosystems. Those effects stemmed from the accord’s implicit recognition of Miller & Lux’s riparian claims in the lower Kern River area (and those of the Kern Island Canal upstream) as well as the appropriative diversions at First Point of Measurement (the relative priorities for which had still not been settled among just those canals). By the time the California Supreme Court had ruled in Lux v. Haggin’s second appearance before the state’s highest tribunal in 1886, Kern County had grown dramatically. According to the 1880 census, the county had over 5,000 residents and boasted nearly 80,000 acres of improved homesteads in what a few decades earlier had been marshes and scrublands. Many of these transformed areas were in the Kern River region.

Also, by the time of the 1886 decision in Lux v. Haggin, the Kern River region near Buena Vista Lake and Buena Vista Slough had already seen much of the native marshes, lakes, and wilds disappear to be replaced by a network of farms, ranches, and irrigation ditches. Now, thanks to the Miller-Haggin Agreement, these lands could anticipate regular water deliveries during the summer growing season ahead of upstream diversions. On the upper Kern Delta, the canals, owned and controlled mostly by James Haggin and his partners, had transformed thousands of acres of scrublands into prime farms occupied by many smallholdings, nearly all of which depended on diversions from the Kern River. Like the lower Kern region, with water protected by the Miller-Haggin Agreement, the upper delta could also depend on reliable flows as spelled out in the 1888 accord. 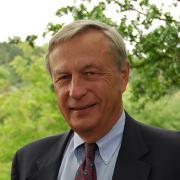 See all by Douglas R. Littlefield