The notion of cities switching completely to solar, wind, hydro and other renewable energy sources long has seemed fanciful. Indeed, that goal feels even more distant to many U.S. municipal leaders following President Donald Trump’s controversial decision to pull out of the Paris climate agreement.

Enter the Global 100% Renewable Energy campaign, the first international platform advocating for the total reliance on clean alternatives to fossil fuel for cities and regions. Founded in San Francisco in 2013, the campaign is comprised of international organizations dedicated to renewable options. This defiantly optimistic coalition insists that such a transition is very achievable.

The campaign recently published a handbook, "100% RE building blocks: A practical toolkit for a sustainable transition to 100% renewable energy (PDF)," which offers advice to cities willing to make the leap.

A compelling reason for cities to act is that urban environments generate an estimated 70 percent of the fossil-fuel-related emissions.

For more than 300 cities worldwide, the elimination of fossil fuels already is a policy objective, the authors emphasized. Municipalities that have made the commitment include Frankfurt, Vancouver, Sydney, San Francisco and Copenhagen.

Time frames for these undertakings vary. Vancouver is seeking to do so by 2050, while Malmö, Sweden, said it will try to accomplish the same goal by 2030. Pittsburgh Mayor William Peduto, in response to Trump’s recent announcement, said this month that his city likewise would seek to go 100 percent renewable by the end of the next decade, in partnership with a broader movement.

A compelling reason for cities to act is that urban environments generate an estimated 70 percent of the fossil-fuel-related emissions that contribute to climate change, the toolkit explained.

But designing urban growth around clean energy requires careful coordination. So, what actions should interested city leaders focus on? The campaign recommends these steps for a successful "100% RE" initiative:

Other key priorities include the creation of legal and regulatory frameworks that support energy transitions. The authors recommend policies that encourage "decentralized" and "inclusive" energy systems that allow households and neighborhoods to generate small amounts of fuel for personal consumption and sell any excess for profit.

Some municipalities that the campaign highlights for taking bold action include:

The authors contend that clean energy has wider societal implications. Greater job opportunity that results from the introduction of new energy systems can help tackle income inequality. And then there are the livability benefits: "Social well-being" is enhanced when the air is fresher and there is stronger environmental protection.

Other members include the Sierra Club, Climate Action Network International, the global cities network ICLEI and the Australian-based organization Beyond Zero Emissions. 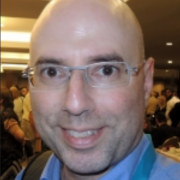 Here's how cities in developing countries can tap green bonds

8 ways cities are upping the ante on building efficiency

See all by David Hatch