Here's how companies can have both values and profits

The following is an edited excerpt from "Guerilla Marketing to Heal the World" by Jay Conrad Levinson and Shel Horowitz (Morgan James, 2016).

As far back as 1998, a study commissioned by the U.K.-based Cooperative Wholesale Services found that 60 percent of retail food customers, even in the absence of an organized boycott, have avoided a shop or product they associated with unethical behavior. A 1999 survey of consumers in 23 countries by Environics International, in cooperation with the Prince of Wales Business Leaders Forum and the Conference Board, found that 40 percent of consumers had considered punishing a company based on its social actions, and nearly 20 percent actually had avoided a company’s products because of its social actions. 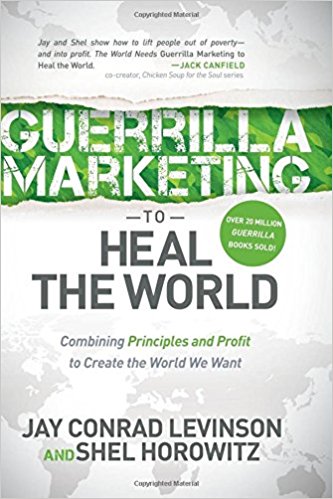 Individuals don’t just act alone. Shareholder activism and widely publicized boycotts force companies to negotiate from a position of perceived weakness. These have built momentum since at least the 1950s, when the Montgomery, Alabama bus boycott organized by Martin Luther King, Jr. and others struck a powerful blow against racial segregation. In 2014 alone, IW Financial documented 334 activist shareholder resolutions just on the environment — not even counting other issues ranging from CEO pay to sweatshops.

In an earlier case, a U.K.-based insurance association that owned shares in ExxonMobil actually sent a press release opposing the reappointment of CEO Lee Raymond on environmental grounds.

If groups such as Corporate Accountability International (formerly known as INFACT), the Interfaith Center on Corporate Responsibility or major labor unions organize shareholder actions or call a boycott, it is not only very bad for the targeted business, but can even bring down governments; divestment campaigns spurred the collapse of the apartheid regime in South Africa.

Be seen as a leader, not a Johnny-come-lately forced to the table by threats. Avoid profit-killing shareholder initiatives and consumer boycotts; take a proactive and very public stance in favor of socially, economically and environmentally responsible behavior — the "triple bottom line."

In November 1999, the Social Investment Forum reported that more than $2 trillion — an increase of 82 percent from 1997 levels — was invested in the United States in funds identified as socially responsible investing (SRI — also called by several other terms: "ethical investing," "green investing," "impact investing," "values-based investing," to name a few) — and one of every eight investment dollars was engaged in SRI. By 2013, that amount had more than tripled, to at least $6.57 trillion, and the percentage was up to one in every six investment dollars (16.6 percent).

On the private investment side, take a look at investment funds set up specifically for SRI (in other words, not counting the much broader picture of investments in socially responsible companies through more general funds). The market went from 55 SRI funds in 1995, with $12 billion in assets, to 201 funds managing $179 billion just a decade later. The following decade, which included the 2007-08 financial crisis, saw a shakeout, and the numbers went down to 159 funds managing $102 billion — still an eight-fold increase in 20 years.

A related trend, microlending, lets investors seed businesses among the poorest of the poor in developing countries, using a circle of borrowers that creates peer pressure to succeed and repay the loan; even with no collateral, microlending pioneer Grameen Bank, founded by Muhammad Yunus of Bangladesh, achieves 99 percent repayment.

Shareholder activism and widely publicized boycotts force companies to negotiate from a position of perceived weakness.

Typically, microlending organizations offer loans of $25 to $100. That can be enough to lift a family out of poverty by achieving some specific business goal that had been out of reach. The concept has spread to dozens of organizations, such as Kiva.org, Accion, Finca, and many others. Meanwhile, Yunus, who was awarded the 2006 Nobel Peace Prize for his work, has stated a goal of eliminating poverty by 2030.

Does ending poverty sound overly ambitious? We submit that it’s totally possible. Environmental consultant and author L. Hunter Lovins, of Natural Capitalism Solutions, points out that we’ve got plenty of resources, but our priorities could use some adjustment.

Maybe we’re buying the wrong stuff. What we pay for makeup would cover global reproductive health. Pet food could eliminate world hunger. We are using material purchases to meet nonmaterial needs. Nelson Mandela said, "Poverty is not an accident." We created and can uncreate it.

It’s not at all surprising that socially responsible investing is growing so rapidly. Here’s a little secret: well-managed SRI funds often outperform the market.

• Individual companies with a commitment to social and environmental responsibility also outperform the overall market, even during a recession. Informal indices of firms named in The CRO Magazine’s (formerly called Business Ethics) Top 100 routinely outperform the S&P 500, both short- and long-term. The very mainstream consulting firm Booz Allen Hamilton, in partnership with the Aspen Institute, also found high correlation between ethics and financial performance.

A.T. Kearney tracked the market from May to November 2008 (a period of drastic decline) and found:

In 16 of the 18 industries examined, companies recognized as sustainability-focused outperformed their industry peers over both a three- and six-month period, and were well protected from value erosion. Over three months, the performance differential across the 99 companies in this analysis worked out to 10 percent; over six months, the differential was 15 percent...This performance differential translates to an average $650 million in market capitalization per company.

In other words, not only can you have both values and profits, it’s actually easier. 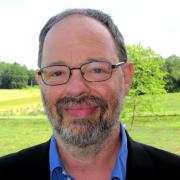 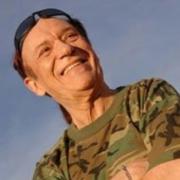 Making the business case on climate change to Trump

10 Ways to Make Your Message Resonate with Green Consumers

See all by Shel Horowitz