Here’s how retail can be profitable and sustainable

My father immigrated to Canada in the dead of winter dressed in every piece of clothing he owned. Growing up, I watched him build a mini-empire of denim stores that expanded across Eastern Canada and successfully provided for our family.

I learned a lot about retail from my father — you could say it’s even in my DNA.

But while success for his generation meant expansion and profit, I’ve realized that outlook is now a liability for the future of the industry I love.

With climate change on our radar more than ever, retail is under scrutiny for its contributions to carbon emissions, water pollution and waste in its drive to inspire relentless consumption. And while many heavy-polluting industries, such as air travel and oil, have publicly committed to change, retail has been slower — and in some ways less united — in taking steps toward true sustainability.

Sure, many individual retailers offer sustainable product lines or take steps to decrease the impact of manufacturing and production, but making retail truly sustainable will take major change, industry-wide.

Companies who put sustainability at the forefront don’t just elicit goodwill from consumers, they secure a serious market advantage.

As the CEO of an e-commerce agency, I realize the scope of the challenge ahead of us, as well as my own culpability in retail’s climate impact. But the fact is, as governments implement tighter regulations, investors pull out of polluting industries and consumers call on companies to make serious improvements, we’ll need to do better.

Retail must change, or it risks becoming the next industry to be widely regarded as a climate criminal.

Sustaining profits on the path to change

When it comes to retail and sustainability, there exists an unavoidable paradox: the industry depends on getting people to buy more and more. Is there any hope for the industry to thrive in a world that must consume less?

Surprisingly, many signs point to yes — the clearest being the purchasing habits of a new generation of consumers. In the United States, Gen Z holds more than $500 billion in buying power, quickly overtaking the baby boomers as the primary consumer group. And studies have found a significant majority of young adults are willing to pay more for sustainable products.

This change in consumption patterns spells opportunity for retailers who realize there is a market willing to pay more to buy less. The emergence of rental streams for everything from clothes to furniture to designer accessories has created new business models while decreasing waste. And as consumers turn away from fast fashion, vintage and resale brands are thriving. Meanwhile, more consumers are rejecting momentary trends and looking to brands that offer product longevity.

All of this is evidence that we’ve reached a tipping point where companies who put sustainability at the forefront don’t just elicit goodwill from consumers, they secure a serious market advantage.

Take, for example, Patagonia. Sales and brand awareness of the apparel company have soared since it doubled down on efforts to reduce its environmental impact a decade ago by implementing a sustainable supply chain, offering repairs and resale of older products and even opening a new vertical in eco-conscious food. Last year, the company even took the step of saying it no longer would make apparel for companies that didn’t align with its mission — generating a mountain of positive, and free, press.

All of this points to a future where retailers can sustain profits as well as the environment. Long-term, we must move towards making sustainable, durable products accessible to a greater diversity of consumers. Some easy steps retailers can take: stand behind existing products by offering repairs and opening up resale streams for used stock. Obviously, consumers have a role to play here as well. Since 2012, the United Kingdom has seen a 10 percent increase in the amount of clothing purchased, while Americans spent twice as much on nonessential goods in 2017 as they did in 2002.

Individuals bear some responsibility in cutting down their consumption, but increasingly they’re looking to retailers to help them do just that. Across the board, too many brands still refuse to take obvious steps to reduce their environmental impact — such as filling reusable mugs, getting rid of single-use plastics or curtailing excess packaging.

Beyond that, many retailers also could optimize back-end operations to reduce their environmental impact by using data and technology to track match customer preferences and purchasing habits with merchandise and inventory.

For instance, instead of taking a one-size-fits-all approach to stocking stores, retailers with multiple locations can ensure they’re catering to the communities they serve — carrying only what sells, and appeals to, customers at specific stores. Taking this step doesn’t just cut down on shipping miles for unwanted products that likely will sit idle on the shelf, it also demonstrates that retailers are in touch with, and responsive to, their local customers.

Another major step retailers can take is to reject trends such as door-to-door or next-day delivery that have been shown to massively contribute to carbon emissions.

Instead of aiming for world domination, more retailers would do well to aim to build companies based on respect: for consumers, employees and the planet.

Our company recently worked with a nation-wide retailer to build a ship-to-store functionality, rather than door-to-door, and we encourage our clients to go this route. Not only does this save on emissions by allowing customers to combine trips or use alternative transportation to pick up their purchases, it also bolsters retail’s ability to foster community by pulling people out into the world.

I know that cutting down on convenience can be terrifying in a market dominated by behemoths such as Amazon. But retailers who don’t feel they can completely cut out short-term delivery can at least offer consumers a choice — and educate them on the impact.

German company Organic Baby Food, for example, offers three-day express delivery alongside a 30-day "climate-friendly" shipping option which, it explains, is "100% climate neutral with zero emissions." Given the option, it’s likely many consumers would re-evaluate whether they really need that new shirt, book or gadget tomorrow and opt to wait a few weeks for the sake of the planet.

Moving the benchmark for success

Perhaps the most essential change for the retail industry is one of mindset. Success for retailers like my father meant endless expansion, but we know better now.

Not everyone can, or should, endeavor to be the next Amazon. Instead of aiming for world domination, more retailers would do well to aim to build companies based on respect: for consumers, employees and the planet. That means focusing on developing strong, long-lasting relationships with customers, innovating durable, quality products that brands can stand behind, and supporting their local communities.

I certainly don’t have a silver bullet here, but I am optimistic that change is possible.

When I started my business, my only goal was to make it viable. As we've grown, it's become apparent that the company needs to align with a larger purpose. We believe we can make a better world through better commerce, and we're starting to ask ourselves whether we're having a truly positive impact at every level. This starts with an awareness that we have a responsibility to reinvent retail so it can become a positive force in a world grappling with significant challenges.

If we don’t, we risk becoming the next industry to be seen as unethical and woefully out of touch. 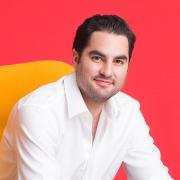 See all by Ben Crudo