Editor’s Note: This is Part II of a two-part series on utility renewable energy programs. Part I describes the rise of renewable energy tariffs and core elements that meet the needs of corporate buyers.

To date, utility renewable energy offerings aimed at meeting the needs of large commercial and industrial (C&I) customers have had mixed success. These programs, which have evolved over the past five years, vary greatly. Last week, we discussed six essential elements for program success — but how well does the reality measure up, and what still needs to be done to meet customers’ needs?

To answer those questions, let’s first take a step back and look at the broad categories of programs referred to as "green tariffs," which can be split into four main types:

Sleeved PPA programs allow large customers to purchase energy from an off-site renewable energy project, with the electricity and terms of the power purchase agreement (PPA) or contract "sleeved" through that customer’s local utility and delivered to the customer. There are different options to bill customers under a sleeved PPA program, including riders that charge the PPA price and credit the customer back based on avoided cost to the utility; the market value of the renewable project, or some other metric; and tariffs that charge customers for the various unbundled services they use, including the transmission and distribution charges, generation and capacity from renewable energy, and any generation and capacity not supplied by renewable energy. Examples include Public Service of New Mexico’s Schedule No. 47 in New Mexico, NV Energy’s Green Energy Rider in Nevada, and Rocky Mountain Power’s Schedule 32 in Utah.

Demand continues to build, and utilities and their regulators are rushing to respond.

With so much variety, it might seem that customers have all the choice they need.

Indeed, compared to just three programs across the country in 2013, 20 offerings are available or pending approval. Instead of programs appropriate for only the largest C&I customers, there are now several program structures, including options that work for smaller customers or customers with more dispersed loads. There is also significant variety within the four broad categories, as noted above. On a whole, the trends are positive.

However, some stumbling blocks remain. Let’s take a look at a few recent programs illustrative of both the progress made and the challenges ahead:

So where do things stand for companies, large and small, that want renewable energy to power their operations?

For some, the growing number and variety of options are making it possible to choose the energy they want. For others, the utilities that serve them still do not offer programs that fit their needs or impose barriers and restrictions that make it impossible for them to participate.

The good news is that demand continues to build, and utilities and their regulators are rushing to respond. Innovation in renewable energy tariffs is not over. Rather, it is just beginning. 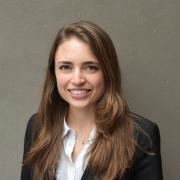 See all by Caitlin Marquis