Here's what a global treaty on plastics should look like

Plastics have boosted our economy because they are versatile, cheap and durable. Yet, thanks to these same traits, in the course of establishing a $750 billion global industry, we have also created a massive problem. Rivers are filled with plastic garbage. Plastic bottles soil beaches. Masses of plastic are floating in the ocean. Birds become entangled in plastic pieces, and whales’ stomachs fill with plastic debris. Plastics can harm humans, too, by releasing toxic additives.

And the problem is getting worse: The production of plastics reached 343 million tons in 2014 and is continuing to increase worldwide. Scientists estimate that in 2010 alone, between 6 million and 14 million tons of plastics streamed into the sea. Many hopes have been put on biodegradable plastics, but those still don’t break down easily enough.

A number of initiatives have recognized the need to address plastic pollution more decisively, including the United Nations’ Sustainable Development Goals. In the Leaders’ Declaration (PDF) from its 2015 summit, the G7 committed to "combat marine litter." The U.N. Environment Programme has published several reports on the environmental impact of plastics, launched a number of initiatives against marine litter and passed a resolution on microplastics and marine litter at its latest U.N. Environment Assembly in May.

Although the resolution recognizes plastic pollution as "a rapidly increasing serious issue of global concern that needs an urgent global response," thus far these initiatives have done little to solve the problem.

Back to the land

Plastic ends up in the oceans, but it doesn’t start there. Why has plastics pollution been so intransigent from a global governance perspective? One reason is the inevitable difficulty that comes with complex policy problems, where many actors have a stake in the game and no clear-cut remedy exists. Still, I believe that a more hands-on approach can at least pave the way toward more durable solutions.

However, for it to do so we must rethink current efforts to shape multilateral actions, which mostly have taken place with a focus on oceans. After all, plastic ends up in the oceans, but it doesn’t start there. Oceans-based agreements just don’t have what it takes to tackle the main sources of plastic pollution. It is time to step up the game by negotiating a global treaty aimed at reducing plastic pollution that goes beyond marine pollution and tackles the roots of the problem.

Two options seem most viable for crafting a binding international agreement to deal with plastics. First, a stand-alone treaty could be negotiated, a multilateral environmental agreement dealing specifically with the production, use and disposal of plastics. It would not have to be built entirely from scratch because the U.N. already has a cluster of treaties dealing with a range of chemicals (which plastics are) and waste (which most plastics become).

This chemicals and waste cluster is built by the Basel, Rotterdam and Stockholm conventions, which deal with the shipment and treatment of hazardous waste, international trade of toxic chemicals and persistent organic pollutants, respectively. This cluster soon will be joined by the Minamata Convention, restricting the use and trade of mercury and dealing with its disposal.

Any of these conventions could be a model for a plastics treaty that would be far more appropriate than a marine agreement because they contain provisions on how to deal with harmful substances from a life-cycle perspective, ban the most hazardous ones and offer a framework through which countries in need can receive assistance.

Second, the Basel Convention on the Control of Transboundary Movements of Hazardous Wastes and Their Disposal could be amended to specifically address plastic throughout its life cycle. Back in 2002, the Basel Convention’s member states passed technical guidelines on how to deal with plastic waste. These guidelines could serve as the basis for negotiating an amendment that, once ratified, would make sustainable management of plastics mandatory to its members.

First and foremost, a common vision and clear goals are crucial. There are also quirkier alternatives, building on a mix of legally binding and voluntary measures. For example, so-called emerging policy issues such as nanoparticles or lead in paint are tackled under the Strategic Approach to International Chemicals Management.

SAICM is a voluntary multi-stakeholder policy framework for managing chemicals sustainably. It could be used to launch a plastics-based program, to raise awareness among governmental and non-governmental actors alike, and to prepare negotiations on a treaty. In addition, land- and oceans-based approaches could be combined to build on their respective strengths.

The former could be covered in a stand-alone treaty or a treaty amendment as described above, whereas the latter could be tackled under the U.N. Convention on the Law of the Sea, MARPOL or the various regional seas agreements to focus on waste dumping at sea or lost fishing gear.

Whatever form the new agreement will take, the specific content will be key to its success in reducing plastic pollution. Five critical elements should be included (for a related take, see this proposal for a Global Action Agenda [PDF]).

First and foremost, a common vision and clear goals are crucial. The vision should call for the sustainable management of all plastics throughout their life cycle. A number of concrete goals could specify steps to achieve this, and a review system for measuring how well all nations implement them would make progress transparent.

Second, a plastics treaty should demand (and support) building effective national collection and recycling systems, because they are the most effective means of preventing plastic littering. Extended producer responsibility schemes and multi-stakeholder partnerships could be fostered to further extend collection where governments lack capacities. When this doesn’t suffice, plastic manufacturers could be charged to provide revenues for establishing recycling systems.

Third, the treaty should create conditions for a more circular plastic economy. Chemical and other companies must be pushed toward innovation for more sustainable products, including plastics that more easily degrade in the environment. This is a huge innovation challenge for the industry, yet it can elicit a race to the top just as provisions to safeguard the ozone layer through the Montreal Protocol did 30 years ago. The companies moving first will have the biggest advantages in the years to come.

Fourth, no matter how good collection programs are and how safe innovative plastics will become, some of it will still end up in the environment (joining the millions of tons already there). A plastics treaty should thus provide for mechanisms to deal with any plastic waste that remains.

There is a strong economic argument for taking on the plastics challenge: Not only are environmental and health damages of untreated plastic pollution extremely costly, there is also huge savings potential. Fifth, to get all this to work, a plastics treaty must provide funds for implementation. These days, raising money for multilateral agreements is a really tough job.

But there is a strong economic argument for taking on the plastics challenge: Not only are environmental and health damages of untreated plastic pollution extremely costly, there is also huge savings potential (for example, the Ellen MacArthur Foundation estimates that 95 percent of the value of plastic packaging — some $80 billion to $120 billion — is lost each year when the material is discarded).

The problem of plastic pollution will not be resolved by simply negotiating a new international treaty. However, such a treaty could be the cornerstone for a more comprehensive approach linking public and private actors, binding regulation and market-based schemes, land-based and ocean-centered activities.

We have seen a lot of partnership-based, ocean-focused and mostly voluntary action in the past. It is time to bring international law into this picture and craft a treaty that can spearhead a real and enduring solution. 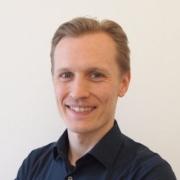 See all by Nils Simon