Here's what the key figure in any community microgrid looks like

Community microgrids can be initiated by a wide range of individuals or organizations — including mayors, utilities, "anchor" off-takers such as hospitals, developers or community organizations — but to succeed, they require at least one person really take the lead and drive the project forward.

This person is the project champion, as essential to the development of a community microgrid as the control center is to its operation. These champions share several defining characteristics:

It’s not always easy to tell from the outside who the project champion is. The project manager is not necessarily the champion, as it’s often a much more informal role.

On community microgrid projects, we have found champions to serve three key roles:

As researchers studying microgrids, we want to identify and talk to champions about their projects. The Huntington, New York, microgrid project, currently in the engineering design stage, was a great example of this. Initially, we reached out to all the major participants: the town; the hospital; the engineering consultants and even the project’s legal consultant.

We knew we’d found the champion when each member of the team recommended speaking with the same person: Terese Kinsley, chief sustainability officer for Huntington. Kinsley described her role as a convener, ensuring communication between the many project constituents.

Project champions may hold either a formal or informal role on the project, but are the beating heart of the project.

However, it was clear from both initial contact and subsequent interviews with the various participants that Kinsley was far more than merely a communications hub; she was also the center of the project, steering it forward.

While any participant in a community microgrid can hold the role of the project champion, municipal representatives such as Kinsley, whether locally elected officials, dedicated staff or regional representatives, often serve this function, with the central goal of improving resiliency within their communities.

Off-takers, such as hospitals, emergency service providers and shelters may initiate projects to improve cost efficiency of back-up power and unlock new revenue streams. These organizations often have existing emergency generation resources, but they tend to be expensive to run and dirty to operate, so microgrids can yield significant improvements. In projects such as these, the project champion may work for an off-taker or may be hired to represent an off-taker.

Independent developers or utilities bring prior experience developing power plants and line networks, so they may initiate projects to capitalize on the growing interest in microgrids and build revenue-generating assets that can provide the high-reliability power sought by off-takers. On these projects, again, the project champion may work for or with an outside stakeholder.

Regardless of which stakeholder initiates or sponsors the project, the champion has a unique role to play.

As with other energy ventures, the community microgrids that are most successful are those that have a champion who convenes the required stakeholders and maintains momentum for the project.

These stakeholders include representatives from:

Buy-in from these stakeholders is essential, and ensuring true engagement with the project from each organization often comes down to the efforts and enthusiasm of the project champion.

Bahman Daryanian of GE Energy Consulting, a partner on four of the NY Prize projects, described the essential role that a project champion plays: "Whether the champion is a developer or the municipality, the more invested they are, the more cooperation you have, the better the microgrid study goes, and the higher the chances are of it being successful."

Project champions may hold either a formal or informal role on the project, but are the beating heart of the project, often setting the agenda, and maintaining forward progress by connecting a diverse group of stakeholders that never may have cooperated before.

Return on investment is only one of many considerations.

In discussing the role he played in the development of the Binghamton microgrid project, Mayor Rich David of Binghamton notes: "Leadership comes from the top, somebody has to set the vision, and somebody has to take the concepts and ideas off the drawing board and make them a reality. As part of that, you need to assemble the right team of people and get them the tools they need."

The champion can increase the efficiency of the team by setting clear goals while allowing both autonomy and constructive feedback cycles. Within microgrid teams, champions must bring together highly diverse stakeholders – from generation engineers to local climate action volunteers — to make a cohesive decision-making group.

Through early engagement with local stakeholders, community microgrid planners can coordinate on other development goals, such as sewer line repairs, or road and infrastructure upgrades, to address multiple community concerns in a cost-effective manner. Synergistic planning such as this can save time, defray costs across collaborating projects and minimize community impact during construction.

For example, National Grid has partnered with Clarkson University and the village of Potsdam, New York, to develop an engineering design plan for a subsurface microgrid that would maintain power to selected commercial and municipal customers within the village in the event of a grid outage.

Jon Nickerson, National Grid project manager, spoke about the contributions the village has made in developing the plan. “The village [of Potsdam] has been very helpful in developing the microgrid project plan by assisting with building interest among managers of village-owned facilities and local businesses. Through our relationship, we’ve been able to plan how we will align the microgrid project with a grant the village is pursuing for downtown revitalization.”

Nickerson described how by dovetailing these two projects, they are both more cost efficient. Rather than ripping up the sidewalk once to install the microgrid and then ripping it up a second time during the downtown redevelopment effort, the sidewalk could be replaced a single time. Nickerson said, "It’s a win-win for the village and for us."

Without the support of municipal leaders, projects can miss opportunities to reduce cost and better align project and community goals. For this reason, the NY Prize actually designated written support from local officials as a prerequisite for participation in the competition. In the case of Potsdam, the village’s role in bringing building managers to the project further legitimized the efforts of what otherwise may have been viewed as an outside party.

The "Building Coalitions" report from the Harvard Business School describes how an effective coalition can unite disparate internal parties to move decision making forward. By clearly setting the group agenda and goals, the project champion can motivate progress in developing microgrids.

In community microgrids, this is particularly important as success is determined largely by off-taker participation.

Independent developers or utilities bring prior experience developing power plants and line networks, so they may initiate projects to capitalize on the growing interest in microgrids.

Some successful projects are driven by major local off-takers rather than municipal officials. For example, in Manhattan, Amtrak was a major proponent of the Sunnyside Yards microgrid project. Yet even in these situations, a project champion still plays an important role in building a coalition of stakeholders, both internal and external.

John Tull, who at the time of project development worked for Amtrak, described the necessity of having a strong internal voice: "Within today's fast-paced economic environment a microgrid project needs to meet multiple objectives. Return on investment is only one of many considerations. For a project to be truly successful, you need an internal champion who can overcome competing capital initiatives and demands placed upon the executive management. This champion must look past narrow objectives and create an inclusive and comprehensive vision if they are to be successful."

As Tull describes, identifying key players and their priorities is essential to developing successful projects.

Regardless of their affiliation, the project champion plays an essential role in driving microgrid projects forward and assembling teams that effectively can tackle development challenges. Indeed, a dedicated champion can even drive down the initial cost of microgrid development by gathering relevant data, conducting feasibility and cost benefit analyses and making important design decisions prior to hiring an engineering/design firm.

However, for many that find themselves as project champions, particularly municipal leaders, a microgrid project may be beyond their prior experience. As part of our research, we’ve been looking at how we can connect these champions with the right information at the right time to help address this steep learning curve.

In the NY Prize program, NYSERDA has supported local champions through a series of workshops that allow representatives of different projects, present and future, to learn from each other. By structuring the application to require letters of support from both local municipal leaders and the distribution utility, NYSERDA has encouraged champions to initiate conversations with essential stakeholders. 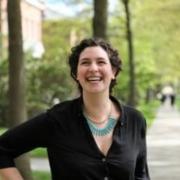 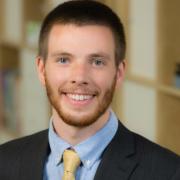 See all by Sara Harari