Here's why Paris is not another Copenhagen

In 2009, many people declared COP15 in Copenhagen the last chance to save humankind. And although the Copenhagen pledge promised the mobilization of climate finance to the tune of $100 billion per year by 2020, it was seen as a failure by many and "a terrible fiasco" by the president of France. After that, public debate centered on the Paris climate talks as a last-chance saloon.

While no single agreement can or should be seen as the "last chance" on climate, we can rest assured that Paris is not going to be another Copenhagen. Janos Pasztor, the U.N. assistant secretary-general on climate change, may have said it best in a Reddit session:

In Paris, we have already 185 countries who have submitted their national climate action plans to cover both mitigation and adaptation. The national plans submitted by countries are "bottom up" (nationally determined). The attitude of the private sector has changed tremendously over the last 20 years, and it now looks for a strong agreement. The science is much more certain than it was back then. Finally, the impacts are now visible and measureable. So we are in a very different, and much more favorable, situation for an agreement.

As an official U.N. delegate in Copenhagen, I closely followed the negotiations in the Bella Center for two weeks straight, and I noticed several barriers that made progress extremely difficult:

Constrained by both the political imagination at the time and the readiness of all key stakeholders, Copenhagen could not overcome those barriers. Paris, however, is different, and I believe we’re in store for a transformative agreement. Here’s why.

Countries already had set national commitments by the time the negotiations started.

These INDCs have reflected both the countries’ climate ambitions and national circumstances. These INDCs have minimized the risks of failure due to a lack of meaningful targets or lack of participation from a majority of countries.

In November 2014, U.S. President Barack Obama and Chinese President Xi Jinping announced new climate targets, which have become the new foundation of close climate collaboration between the two countries. The EU-China Joint Statement on Climate Change released June 29 has also paved the way for positive cooperation. Changes are also afoot in India, where more than 300 million people still lack access to electricity. Despite this, India pledged to reduce emissions per unit of GDP by 20 to 25 percent from 2005 levels by 2020, and by 33 to 35 percent by 2030. In its INDC, India also committed to have 40 percent of its installed electric power capacity from non-fossil fuel sources.

With these ambitious commitments and clear signals for collaboration, the risks of failure due to a lack of collaboration between major economies is also at a historical low.

Strong policy engagement from the private sector has reduced uncertainty for negotiators.

In Copenhagen, the private sector had a marginal role to play in the negotiations — even though business actions to reduce emissions and enhance adaptive capacity are extremely important for an international climate solution. During Copenhagen, climate change was seen as a public-sector issue, and many worried that a bold agreement actually would harm the competitiveness of the economy. That concern is not apparent in Paris, where business leaders of all stripes are calling for an ambitious Paris agreement.

Endorsed by hundreds of business and investors, the eight "policy asks" produced by We Mean Business Coalition have laid out an actionable framework on what a transformative Paris agreement could look like. Business has sent clear and strong messages to negotiators: We want a climate agreement, we want it to be bold and we want it now.

The private-sector’s emissions-reduction commitments enhanced confidence for the implementation of a transformative agreement.

By taking ambitious actions to address global warming, companies not only will be more competitive and climate-friendly, they will increase their credibility in advocating for an enabling policy framework. A rising number of forward-looking businesses and investors are doing this: Working together to understand the risks, develop tools and shift their investment toward a low carbon pathway.

Through the We Mean Business coalition, 501 businesses and investors that represent more than $7.1 trillion in revenue and $19.5 trillion assets under management have made 812 commitments to lead on climate and build a thriving, clean economy.

As Statoil CEO Eldar Sætre said Monday in an oil and gas event at the Paris talks, "We need to embrace low-carbon solutions as a business opportunity rather than as a threat to our industry." 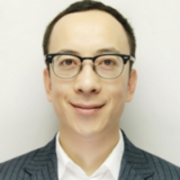 See all by Xiaochen Zhang