From the birth of the age of electricity to the onset of the age of the microgrid, This hotel has played a key role. This week it's home to VERGE SF.

Just as civilizations sometimes are built literally one atop the next, San Francisco’s historic Palace Hotel this week will feature a modern renewable energy-fueled microgrid installed virtually on top of a retired fossil fuel-fired generator that powered the hotel and much of downtown San Francisco a century ago.

In a demonstration of distributed energy systems of the 21st century, the microgrid will provide all electricity consumed during this week's VERGE San Francisco, the GreenBiz Group’s flagship conference and exhibition focused on the nexus of sustainability and technology.

While San Francisco, like Rome, wasn’t built in a day, the VERGE microgrid will be.

The network relies on a control platform supplied by Spirae to coordinate the assets of the microgrid. These include a 100 kW biodiesel backup generator from Caterpillar, known as the “Green Machine,” that runs on 100-percent biofuel derived from cooking grease collected from local restaurants; an ALL Power Labs’ 20 kW gasifier that harnesses heat to transform solid biomass such as walnut shells and wood chips into a synthetic renewable fuel; 20 kW of battery storage capacity provided by Stem; and a grid-interactive electric-vehicle charging station also designed by Spirae.

The backup generator will run in idle mode so that only a small volume of biofuel is required to ramp up in case there is a drop in output from other assets. In addition, General Motors is supplying Chevy Volt and Chevy Spark electric vehicles for test rides during the event. 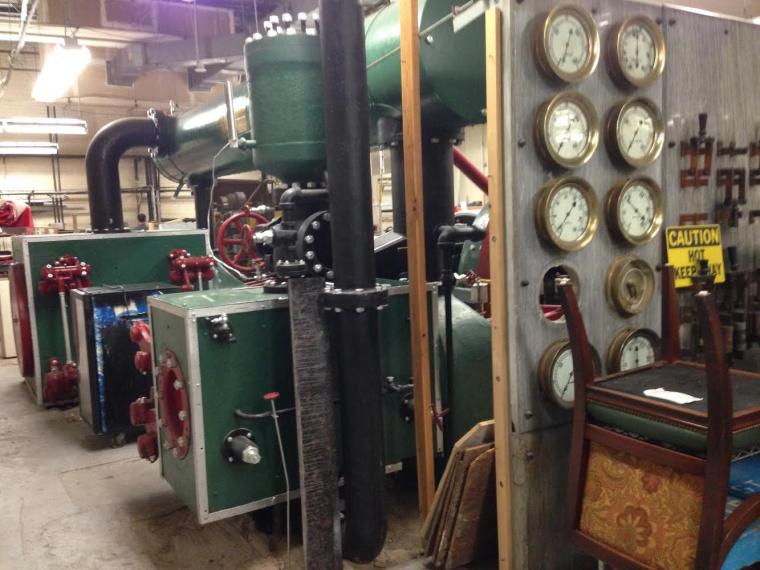 Beneath the Palace Hotel, century-old equipment for a power station that once fueled a Hearst newspaper plant

“Our goal of running VERGE off a renewably powered microgrid is to demonstrate that the key technologies that represent the future of distributed energy exist today,” said GreenBiz CEO Eric Faurot. “VERGE isn’t about talking about a sustainable future — it’s about celebrating and nurturing the emerging ecosystem that is making it happen now.”

According to Oliver Pacific, chief technology officer at Spirae, the system will support about 25 to 35 kW of peak load in the Palace Hotel’s Gold and Grand Ballrooms, depending on when electric vehicles are charging.

The VERGE microgrid is a smaller version of several commercial microgrids that Spirae’s control platform will manage, including a system on Necker Island, part of the British Virgin Islands, which NRG Energy is installing in partnership with business icon Richard Branson, who owns the island. Spirae also is working on a microgrid with San Diego Gas & Electric.

“Building a modern microgrid at the Palace Hotel is pretty fitting,” said Pacific. This is because of the hotel’s rich history in technology adoption that dates back to the early days of electricity.

Shortly after the original Palace Hotel was opened in 1875, California Electric Light Company — now Pacific Gas & Electric — began transmitting power to the hotel for its arc lamps. The Palace featured the first electric light in San Francisco in 1878, according to the journal Pacific Electrician.

The original Palace Hotel withstood the devastating 1906 earthquake, but it soon was consumed by the accompanying catastrophic blaze that swept through San Francisco. Consequently, it was gutted and demolished.

When a completely new Palace Hotel reopened in 1909, it included an onsite power plant that provided electricity for the facility and several blocks surrounding it. The more-than-century-old mechanical equipment, including a 900 kW oil-fueled direct current generator from Westinghouse, today sits idle in the hotel’s engine and boiler room in the basement as a testament to onsite power generation in the early 20th century. 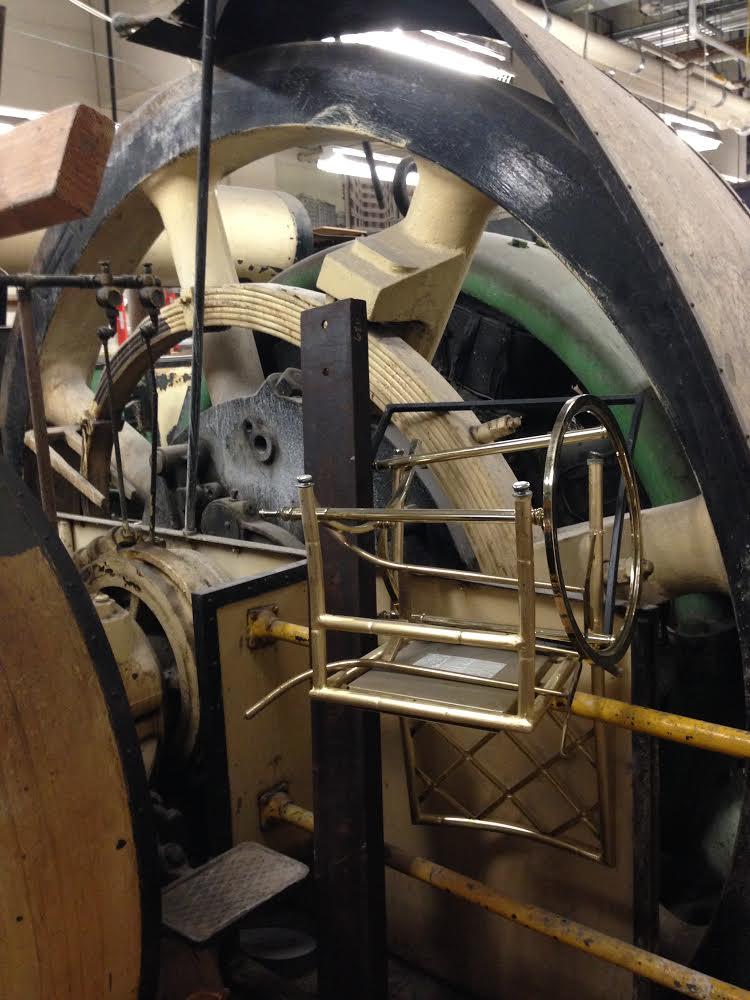 An old Westinghouse turbine in the Palace basement

The Palace now buys electricity from the central power grid. But as evidenced by the renewable energy microgrid operating one floor above, a new kind of onsite power is taking shape at the Palace Hotel, even if only for this week.

“This microgrid shows that it doesn’t take weeks or months to role out this technology. It can be done pretty quickly. In this case, it took just one day,” said Spirea’s Pacific. “The technology is here.”

Markets for microgrids, however, still require some work, he said: “There are still some regulatory hurdles. California and New York are early markets, but what we need is a consistent model for business cases. We are not out of the woods yet."

Microgrids are in a similar position today as photovoltaic solar energy was several years ago, said Pacific, in that markets are still emerging and projects are difficult to finance because lenders may still view the technology as risky. Just as with PV, “they will get past it,” said Pacific.

Spirae CEO Sunil Cherian will make a special announcement about a new innovation aimed at unleashing the power of distributed energy resources in a Wednesday morning presentation at VERGE.