Plastic production runs on natural gas — and both pose dangers to the public.

It’s impossible to imagine modern life without plastics. From the moment the day begins, we are using plastic. It’s in our toothbrushes, our shower curtains and our phones. We use it on on the way to work in bus seats, car dashboards and bicycle helmets. We see it at lunch in takeout containers and disposable utensils. Whether you’re in your living room controlling the TV with a plastic remote or on the top of Mount Everest wearing cold-weather gear made with plastics, it’s there.

We rarely think about where it all comes from, but we should. According to a new report on the full life cycle of the world’s plastic production, the long-term environmental results are nothing short of a catastrophe. The report from the Center for International Environmental Law (CIEL) finds the production of plastics  —  from extraction to manufacture to disposal and steps in between  —  is a significant source of carbon pollution and set to become a major driver of climate change.

Plastics are made from fossil fuels. It takes energy to dig those fuels out of the ground, to process them, to ship them and, at the end of their lives, to dispose of them. The report estimates that current emissions from the production, manufacturing, transport, incineration and degradation of plastic are roughly equivalent to the yearly emissions of around 200 coal-fired power plants this year. If trends hold up, by 2050, pollution from plastics will be closer to the yearly output of around 600 coal-fired power plants.

We need to cut emissions by 45 percent by 2030. Plastics are poised to do almost exactly the opposite.

Humanity can put only so much carbon into the atmosphere and still meet the Paris Agreement’s long-term goal of limiting the global average temperature increase to well below 2 degrees Celsius. That volume of carbon is known as the carbon budget. The study calculates that if the growth of plastics continues at its current pace, by 2050, plastics will have eaten up around one-eighth of the carbon budget.

"We need to cut emissions by 45 percent by 2030," said Carroll Muffett, president of CIEL, which produced the report. "Plastics are poised to do almost exactly the opposite. ... Once the plastics are released into the environment, they continue to impact the climate in perpetuity. Unless they are recycled, which the vast majority are not." According to the EPA, only about 9 percent of plastic waste in the United States is recycled.

While other studies have calculated emissions from plastics at various stages of production and disposal of plastics, this report is the first of its kind to estimate the impact of plastic across its full life cycle. Most carbon emissions associated with plastics comes from the production phase of the life cycle, but even at the end of the cycle, plastics are a source of pollution. 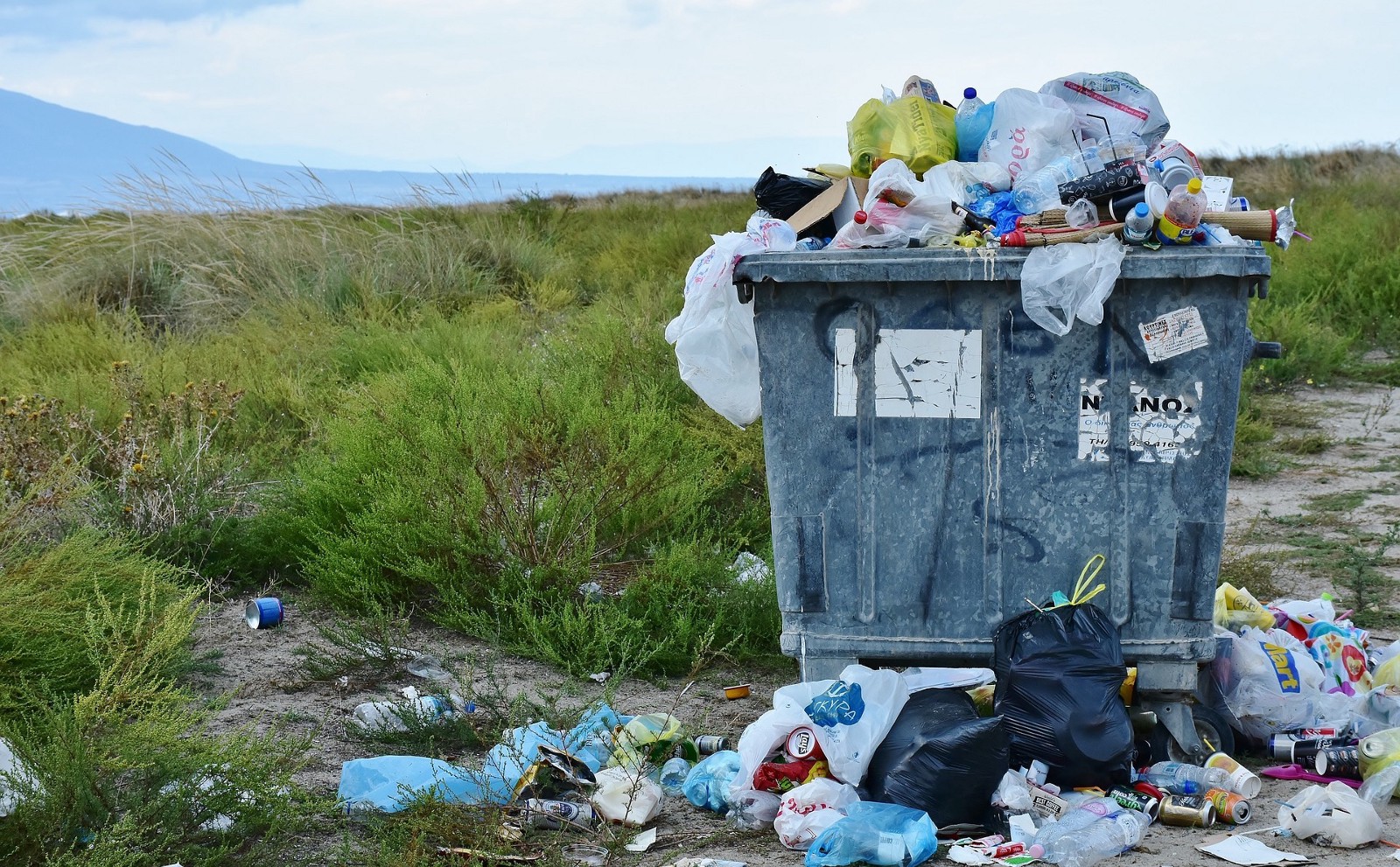 Most of the plastic produced has been released into the environment and persists in some form. What happens next is known. Turtles wind up with straws in their noses, dead whales wash ashore with almost 100 pounds of plastic in their stomachs, divers swim through currents of plastic pollution. Even at this stage, plastics are a source of carbon pollution.

When plastic particles such as microplastics are exposed to sunlight, they continue to emit greenhouse gases. "And they never really stop," said Rachel Labbé-Bellas, science programs manager at 5 Gyres, a nonprofit working to curb the use of plastics, and co-author of the report. In relation to other parts of the life cycle, the contribution of ocean plastics to greenhouse gas emissions is small, but what is concerning is that plastic emits and never stops emitting."

A growing hunger for plastics

Recently, 187 countries agreed to include plastic waste in the Basel convention  —  a global convention that regulates hazardous waste material  —  which the United States has never ratified. Over the last 10 years, we have produced more plastic than during the entire last century and production isn’t slowing. Despite recent bans on plastic bags and plastic straws in many places, analysis (PDF) from the World Economic Forum suggests plastic production will continue to grow in the coming decades.

"We are seeing rapid growth for plastics globally," said Frederic Bauer, who studies energy systems at Lund University in Sweden and was not involved in the report. "Petrochemicals  —  and in particular, plastics  —  is the market segment that is driving growth in petroleum the most, according to several sources. There is nothing that seems to be slowing down that trend."

This is bad news for the climate. "The impacts might look different depending on where you are in the life cycle," Labbé-Bellas said. "But the problem of plastic pollution and climate change derives from the same source  —  the extraction of fossil fuels."

While the report looks at emissions from plastic production worldwide, it focuses on the United States, and for a good reason: Nowhere is the plastic industry development as fast as it is here, where new plastic plants are predominantly designed to use natural gas, as opposed to the oil-based production favored by much of the rest of the world. "We are seeing a rapid export of plastics technology based on natural gas that is linked to the plastics boom," Muffet said. 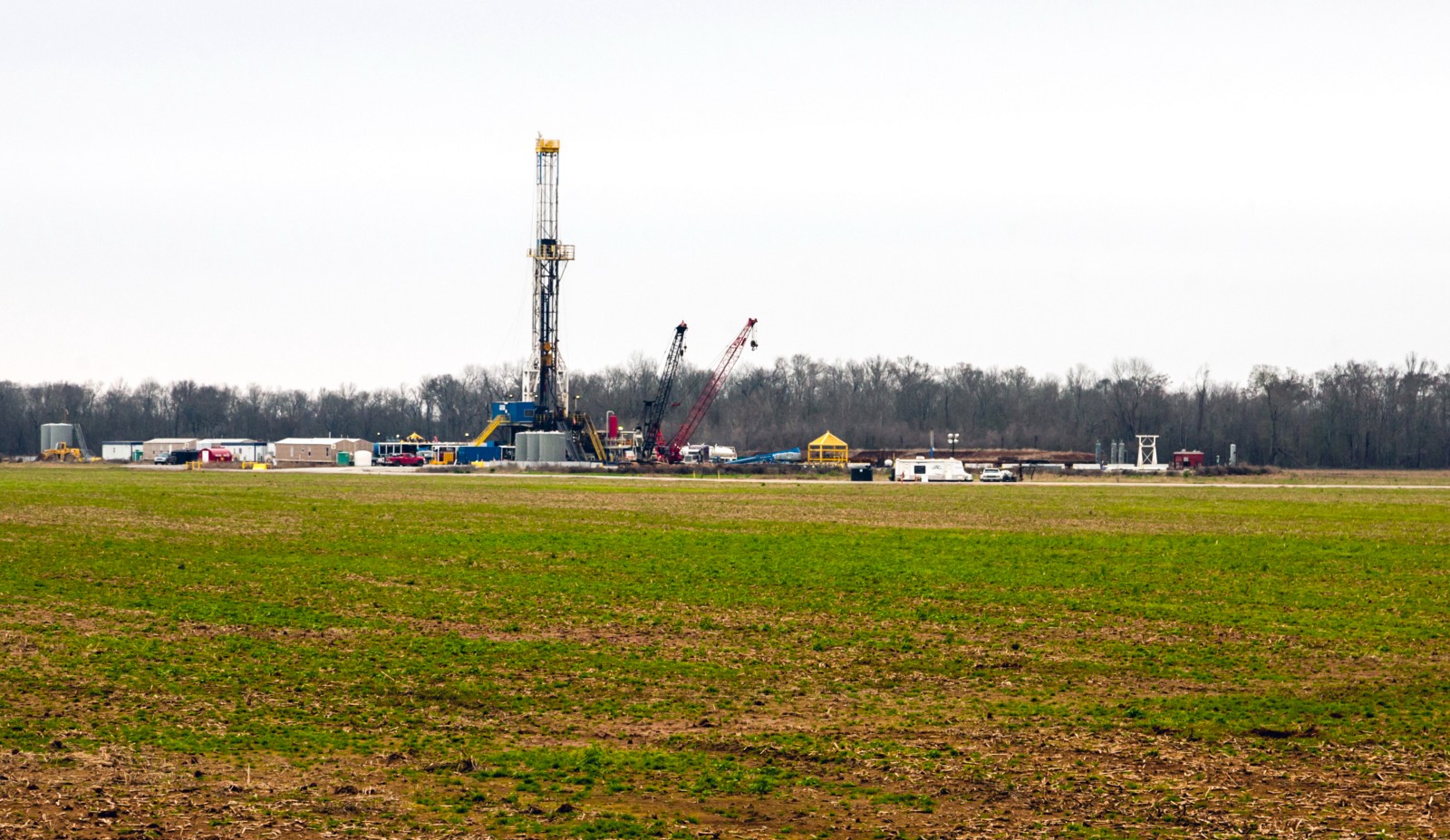 The "shale rush" in the United States not only has supplied the country with massive amounts of fracked gas, it also has opened a market for the hydrocarbon ethane, which can be made into plastic. Between 2008 and 2017, ethane production in the United States more than doubled, from around 700,000 barrels a day of ethane to almost 1.5 million. By 2021, it is expected to reach 2 million barrels a day.

In 2016, Shell announced it would be building a multi-billion dollar "cracker" plant  —  a facility that breaks ethane into ethylene, which is used to make plastic such as polyethylene. Polyethylene is the most common type of plastic used in single-use plastic packaging, the sector that makes up around 40 percent of global production and is the largest and most rapidly growing segment of the plastic economy.

You have fracking feeding this on the one hand, including all the health and safety impacts that go along with that. On the other hand, you have the climate change impacts along the entire line.

Terrie Baumgardner is a 71-year-old retired school teacher who lives six miles from the plant’s site. It’s being built in Potter Township, Pennsylvania, near major fracking sites at the center of the Utica shale basin. This natural gas won’t provide heat or propel engines. It will be turned into plastic. Baumgardner attended some of the first community meetings when Shell announced the plant. A representative, she said, "held up a small teddy bear and said, ‘We are going to be making the plastic that fills these.’ ... At that time, I don’t think anyone there had woken up to the threat that plastics posed to our environment."

Baumgardner recently learned of four other ethane plants planned for her region, and she’s worried. "You have fracking feeding this on the one hand, including all the health and safety impacts that go along with that," she said. "On the other hand, you have the climate change impacts along the entire line and the extensive pollution and human health impacts at the end  —  the injection wells, diesel trucking, mass transport, compressor stations. It is everywhere you turn."

The Intergovernmental Panel on Climate Change  —  the United Nations body responsible for assessing the science related to climate change  —  concluded last year that keeping warming to no more than 1.5 degrees C is both necessary and achievable, but emphasized that to do so requires rapid and dramatic reductions in greenhouse gas emissions.

The new CIEL report puts a spotlight on the plastics industry’s massive infrastructure buildout happening at precisely the moment countries are waking up to the vast environmental damage caused by plastic. Much of the focus on the long-term impacts of plastics has been on the threat to wildlife, especially in oceans. As this report shows, plastics are also a growing threat to the climate.

See all by Sarah Sax