If you classify Rocky Mountain Institute as a think tank, you're half right. But these days, the mission of achieving "impact" quickly and at scale holds as much value for the non-profit as bold ideas or data-rich market analysis.

Backed with a budget of $40 million this fiscal year — more than twice what RMI worked with annually in 2013 — the institute founded by physicist Amory Lovins (still chief scientist and chairman emeritus) is celebrating its 35th anniversary this year by reenergizing its decades-long crusade to wean the electric, transportation, industrial and real estate sectors off fossil fuels the old-fashioned way, by helping them see the profit in doing so. Recent interviews with five of the organization's managing directors revealed pride in RMI's "audacious" accomplishments alongside a heightened sense that we must move faster to counteract the creep of climate change.

"Insight is still very important for the institute, but the conclusion we drew some years ago is that the urgency of climate change focuses now on driving impact, on helping to make things happen, accelerate the transition," said Jules Kortenhorst, who became RMI's chief executive four years ago. "Because we are running out of time. In everything we do, we are increasingly now asking the question, 'How does this insight lead to accelerated deployments of the technologies and the business models and the capital flows that create this low-carbon energy future that the planet so desperately needs?'" 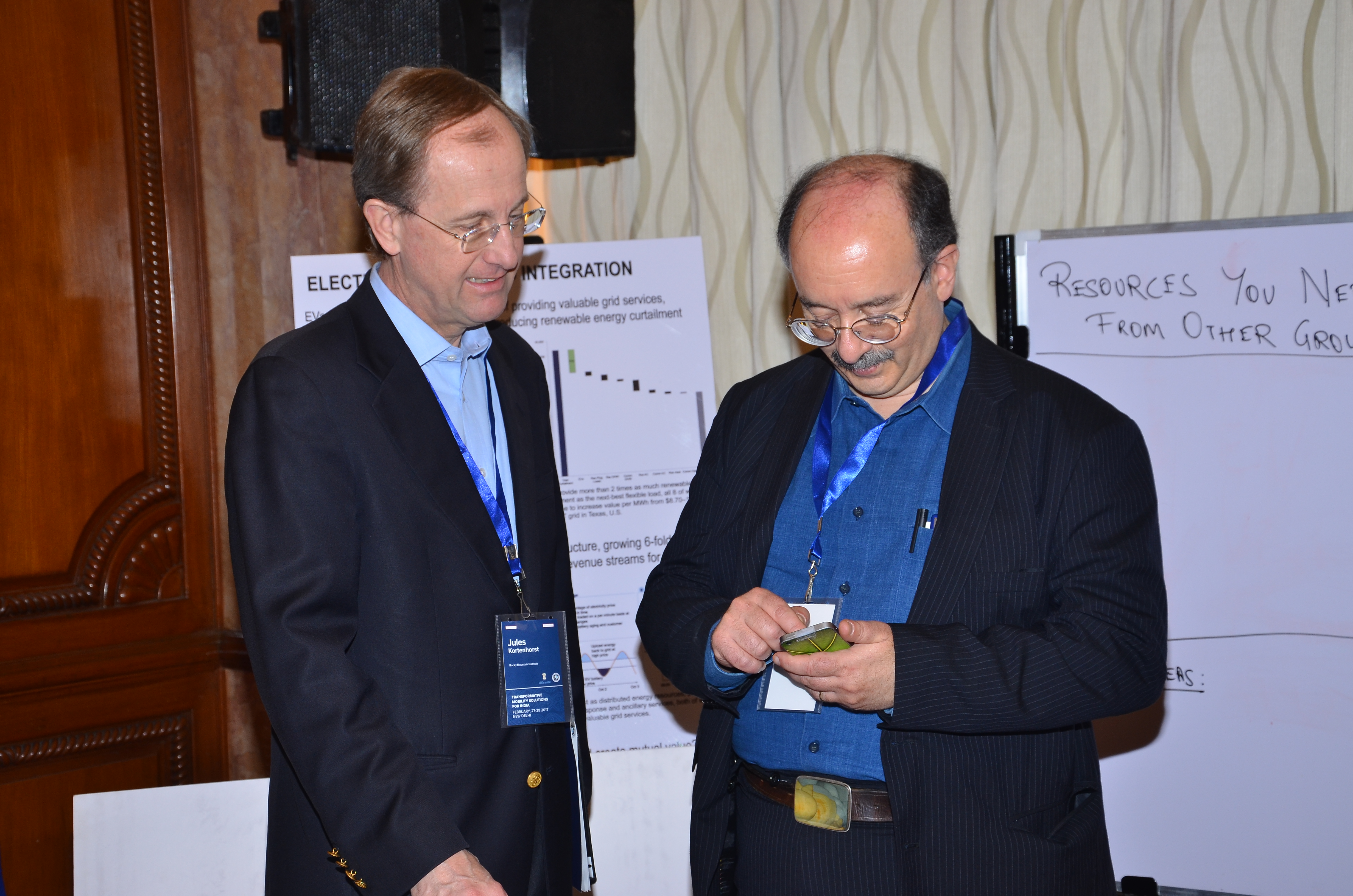 That means more frequent critical reviews of programmatic progress (every six months with the board of trustees), responding more quickly to unforeseen projects (such as rebuilding the decimated grid in Puerto Rico) and placing additional resources on the ground in emerging economies where it can influence change more quickly (China and India in particular).

RMI's bold vision (outlined in its Reinventing Fire manifesto) posits that at least 80 percent of electricity by 2030 can be "supplied reliably" by renewable energy sources and that buildings can be run up to 75 percent more efficiently, using today's technologies and without forcing businesses to make economic sacrifices. Kortenhorst suggested that if one looks strictly at advances in energy efficiency or market adoption of solar and wind power options, progress toward those goals looks good. But the long-term view is far less certain.

"The reality is that much more needs to happen," he said. "We need to decarbonize heavy industry. We need to see trucking and shipping and aviation move to low carbon. We need to see this scale to other countries like China and India, where are seeing tremendous momentum, fortunately. But we also need to see it happen in places like Vietnam, the Philippines, and Thailand and Malaysia and Turkey, where momentum is not yet fast enough."

That's one reason a large portion of the nonprofit's nearly 200 scientists, policy experts, consultants and corporate strategists are working on projects in international markets. In fact, almost half of RMI's work takes place far away from its innovation center in Basalt, Colorado — considered to be the most efficient commercial U.S. building in its particular, chilly climate zone.

RMI Managing Director Marty Pickett, a 20-year RMI veteran, said the organization's shift toward more global concerns — especially in places such as China, India and Africa — is one reason that the institute recorded a substantial increase last year in philanthropic support from first-time donors, including foundations focused on supporting humanitarian work in emerging economies. Individual and corporate contributions accounted for almost 37 percent of RMI's donations in 2016, according to its annual report (PDF). Foundation, individual and government grants brought in about the same amount of operating capital.

"These are now global markets, global transitions, and this is happening at scale as much in developing countries as it is in the United States," Kortenhorst said. "In fact, there is some concern that under the current administration, the U.S. may well fall behind and that countries like China and India and Europe may steal the march from us. We need to continue to wisely get involved in markets beyond the United States."

In India, RMI is at the center of India's desire to dramatically reduce its reliance on imported fuel — an estimated 50,000 new vehicles (not just the four-wheeled type) are being added to the roads there on a daily basis with significant implications for emissions and traffic. To put the brakes on that unbridled expansion, the country is studying advanced mobility options that could help India accelerate adoption of electric vehicles. Leapfrogging to EVs could save 1 gigatonne of carbon dioxide emissions between now and 2030, according to RMI and its government partner there, the National Institution for Transforming India (aka NITI Aayog). 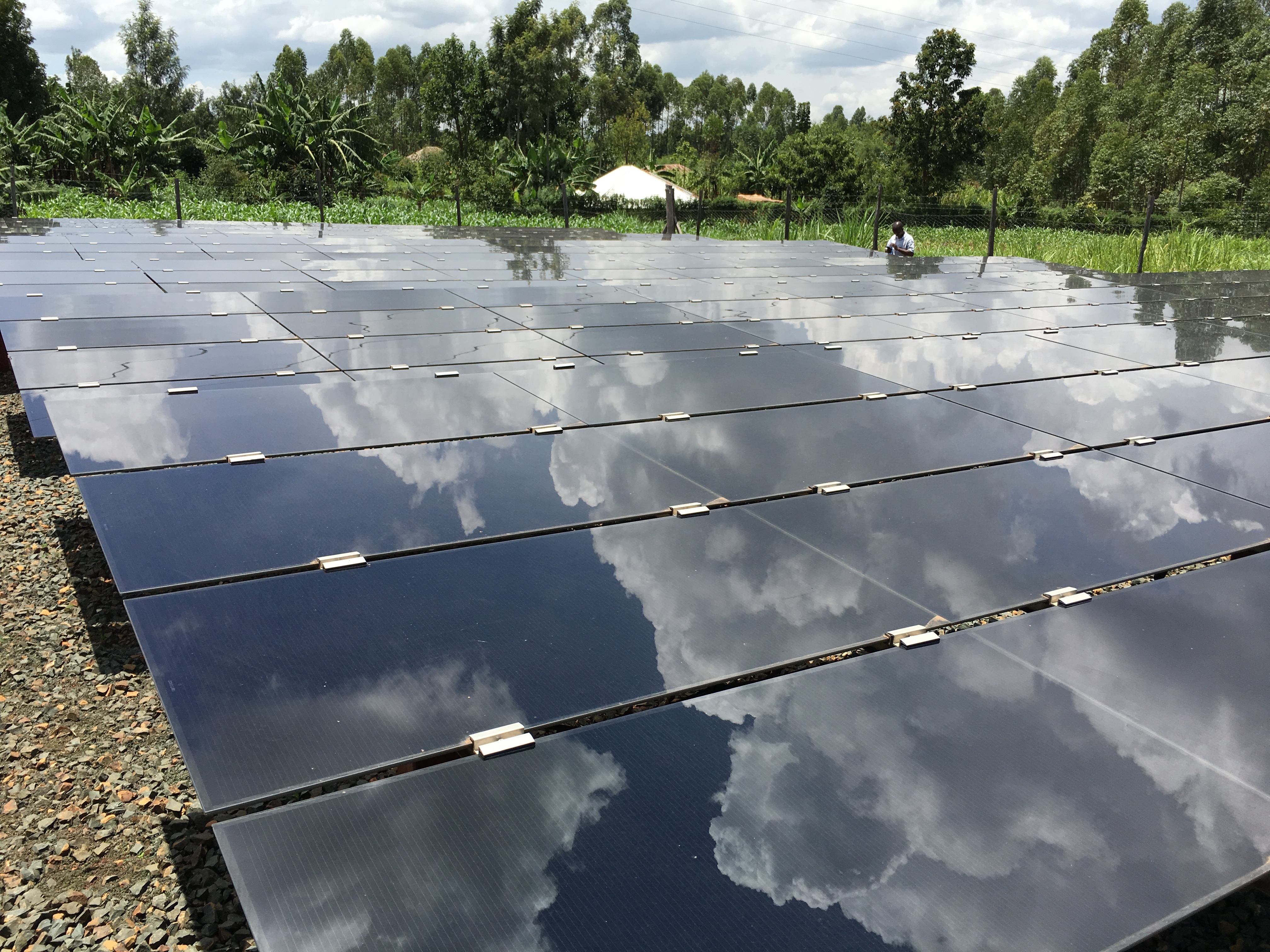 RMI's work in Africa (backed by Virgin Unite and the Rockefeller Foundation) is much more specific: "We aim to help six African countries expand electricity access with clean technologies by 2020." Its initial work has centered on Rwanda, where it helped the national utility identify the potential for $20 million in annual savings related to energy efficiency programs. It also has identified ways that the government there can improve electricity access to 70 percent of the population within two years — using on-grid and off-grid technologies — from 22 percent today.

In China, RMI's mission is far more holistic. It helped the government develop a plan to ensure that carbon dioxide emissions peak by 2030 and that the country can reduce its carbon intensity up to 60 percent within the same time frame. Kortenhorst suggested that the country is on a path to meet its goal earlier than expected, perhaps by 2025.

RMI's mission is reinventing fire, not recreating the wheel, which is why you can expect tighter alliances and partnerships with the aim of producing results more quickly than otherwise might be possible. For example, the institute's work on bringing cleaner energy choices to islands and island nations is through an effort that includes several partners, including the Clinton Climate Initiative.

Pickett acknowledges that RMI's concern with scaling more quickly is likely to bring about more acquisitions in the next three to five years, such as RMI's absorption in June of WattTime, an organization that has developed a system that tracks the emissions associated with using electricity from specific power plants. Or inspire additional mergers, such as the institute's marriage to Carbon War Room in 2014, according to the organization's leadership.

The Carbon War Room union brought together two donor bases and operating cultures. It dramatically accelerated the momentum behind progress on initiatives related to developing low-carbon operations across the transportation sector — notably those related to shipping and logistics, noted Ned Harvey, the RMI managing director with responsibility for the group. Together, the message has become far more credible and it has attracted a larger number of companies to the combined cause, he said.

That doesn't necessarily mean jumping right to electric or autonomous vehicles. One of the most active campaigns surrounds encouraging consumer products companies and transport companies that operate large truck fleets to invest in technologies that can help them squeeze more mileage out of diesel engines, while beginning to curb emissions. One visible expression of the progress was the Run on Less road race: the seven participating drivers managed to get 10 miles per gallon for their Class 8 heavy-duty vehicles, compared with the national average of 6.4 MPG. 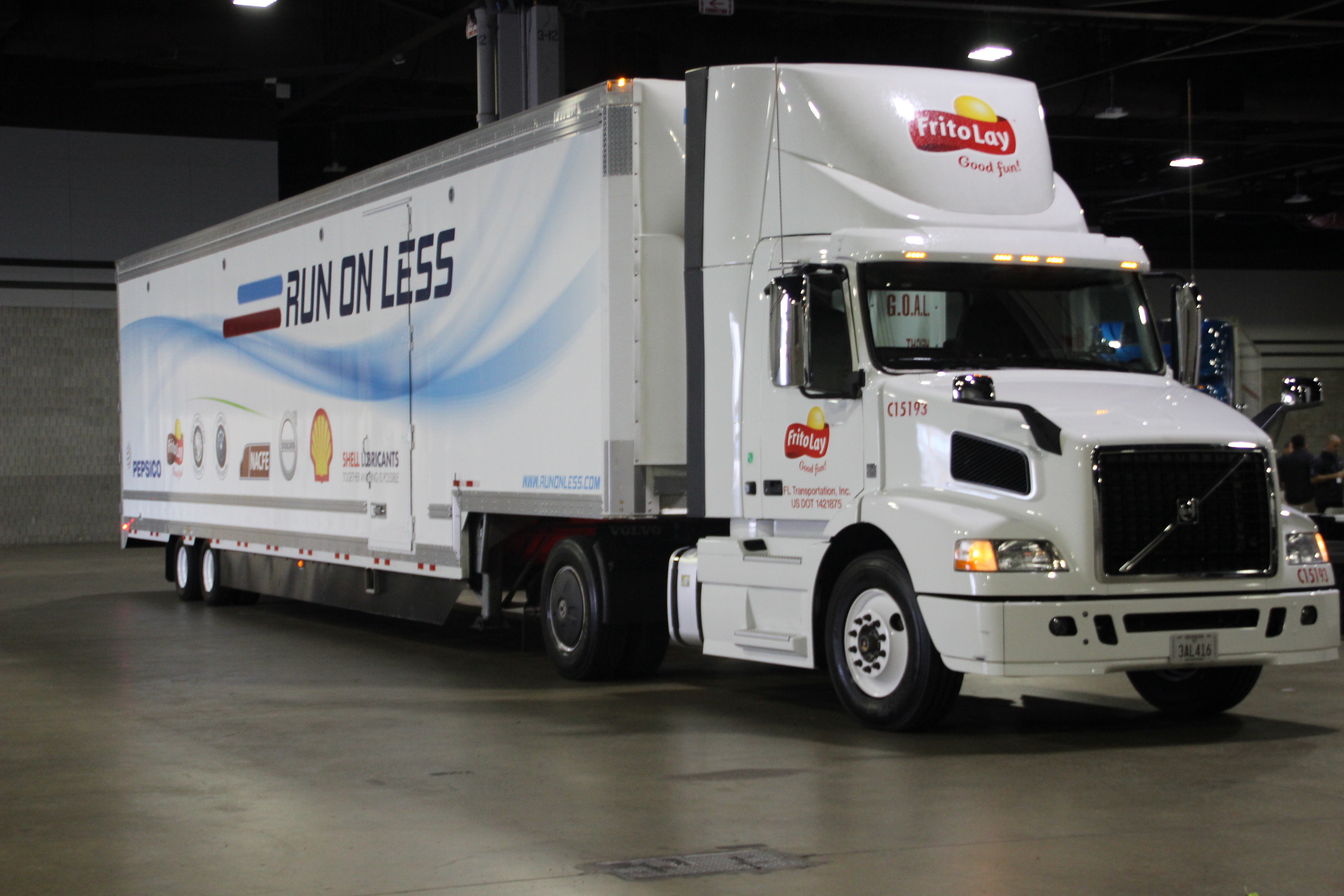 "Our hope is that this sends a clear signal to the industry that this is possible, and it's something that is a competitive advantage and that could give you leverage with people that want to put things on your trucks," Harvey said.

Watch for a similar ramp-up of the Carbon War Room team's work on sustainability in maritime shipping through the BetterFleet initiative. What's more, RMI is putting considerable resources toward helping the aviation industry — which produces almost 2 percent of all "human-induced" carbon dioxide emissions — move toward more sustainable fuel alternatives. The Seattle-Tacoma International Airport in Washington state is an active runway for bridge financing approaches that RMI and Carbon War Room think can help the industry invest in switching over to biofuels.

The most vivid illustration of RMI's evolving partnership strategy, perhaps, is the organization's role in the Renewable Energy Buyers Alliance. The group was brought together to coordinate the efforts of four non-governmental organizations focused on helping corporate energy teams procure renewable electricity. It includes RMI's Business Renewables Center (BRC), alongside experts from the World Wildlife Fund, the World Resources Institute and BSR.

The companies working with BRC have signed the vast majority of the large corporate power purchase agreements (close to 95 percent) in the past two years, Kortenhorst noted, and that team is studying similar efforts for helping cities and companies in "the Chinese complex."

Miranda Ballentine, who joined RMI as the managing director for BRC in late August, said the next phase of the center's strategy will explore ways to scale the corporate renewables movement to a wider set of buyers and developers and to expand its resources related to microgrid and energy storage technologies. (For example, RMI seeded a for-profit organization, BlackBear Energy, to help real estate owners with their solar and storage investments.) "One goal is to really clarify the resources that are available," she said.

Over the past 3.5 decades, RMI has weathered many federal-level shifts in policy when it comes to addressing the underlying causes of global warming. The current political climate has prompted RMI to put an even sharper focus on identifying forward-thinking states and cities where the policy framework is supportive of the clean energy transition.

That means you might also see RMI align itself with concepts that have become calling cards of the Trump administration, including Department of Energy Secretary Rick Perry, in its defense of the fuel fossils industry.

One of those mantras — "resilience" — is something that Ballentine spent a lot of time studying firsthand in her last jobs as assistant secretary of the Air Force, with responsibility for installations, environment and energy. Renewables are far more resilient in the face of disruptions to the grid, she noted. "They can't turn off my sun; they can turn off my diesel supply chain."

The RMI leadership team is optimistic that the corporate world is ready for the low-carbon transition, even if the Trump administration would prefer to live in the past. But RMI is realistic — it needs as many allies as possible to reach that pinnacle. It will use every toehold it can to keep climbing.

This story was updated Oct. 25 to clarify the branding descriptions for "Carbon War Room" and the BetterFleet initiative.