Hip-hop has a message for urban planners

Hip-hop has a message for urban planners

This interview has been edited for clarity and length.

Michael Ford, nicknamed the "hip-hop architect," has devoted his career to studying the history of how urban planning gave birth to hip-hop — and evangelizing how hip-hop's spirit of resilience and ingenuity will help develop thriving, equitable cities.

For Ford, founder of BrandNu Design, hip-hop is a critique of failed urban planning and its impact on the human spirit, and its message can help solve social problems that stemmed from Eurocentric design and community planning that excluded African-American representation.

The housing projects that set the scene for many of hip-hop's greatest musical and visual artists are a result of "master builder" Robert Moses' gutting of New York’s urban slums in the 1960s and 70s to make way for monolithic urban housing on city outskirts. Moses was influenced by Swiss modernist architect Le Corbusier (himself heavily influenced by African-American culture), who envisioned the modern city as a "machine for living": a grid of cell-like high rises interspersed with public parks. Moses left out the parks and public amenities. 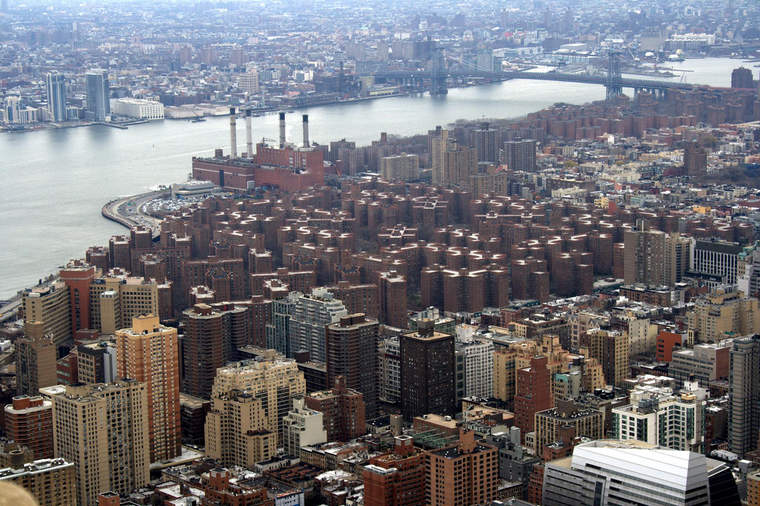 What happened next? According to Snoop Dogg, "Ain't no trees, the grass ain't green, and when I say it's all bad, you know what I mean."

Ford aims to help minority communities become more involved in building the spaces where they live and work. This can include engaging "non-traditional" stakeholders beyond the usual licensed architects (only 2 percent of whom are African-American), such as artists and youth.

The designer, researcher and architecture professor, has worked with design firms including Hamilton Anderson Associates in Detroit, where he was raised, and Flad Architects in Madison, Wisconsin, where he lives.

Ford is helping to design the Universal Hip-Hop Museum in New York and helped with the design of the Motown Museum, set to break ground in Detroit later this year. He also collaborates with architects, academics and cities to increase the participation of young black people in urban planning through programs such as the Hip Hop Architecture Camp, which he co-founded with building designer Tiffany Brown.

I spoke with Ford about the way that traditional architecture perpetuates a lack of diversity, what companies need to know to grow both sustainably and equitably and what business leaders can learn from the ingenuity of hip-hop.

Anya Khalamayzer: What does your work entail and what design projects are you working on?

Mike Ford: BrandNu Design [based in Madison, Wisconsin] focuses on community engagement, pre-development strategies, and capital campaigns for new developments as well as education content development for youth. Current projects include designing the Universal Hip-Hop Museum [in the Bronx] and community engagement for the City of Madison's Park and Recreation Department.

Khalamayzer: Do green building projects allow communities of color to participate in the sustainability movement?

Ford: I wouldn’t generalize it. But I’ll say there’s an opportunity to increase the low number of minorities that are in the profession of architecture by talking about sustainability and tapping into the genius of black and brown communities.

I often say that people from marginalized or underserved communities have been doing LEED before it was a thing, making our structures, the places we inhabit sustainable for us financially and on other levels.

I challenge firms, organizations and companies to try to engage communities in ways that will be impactful and of interest for that community.

I believe that when we look at developments going on in those communities, there’s an opportunity for us to tap non-traditional green building experts that have not been validated through traditional processes.

I am specifically speaking about hip-hop culture being a catalyst for increasing the diversity within the architecture profession. Hip-hop architecture is a vernacular free from typical architectural language.

Khalamayzer: What are some projects, either by urban planners or companies, that are doing green building in a socially sustainable way?

Ford: Hamilton Anderson Associates (HAA) is a firm that is doing a pretty good job on the projects in Detroit. It is a minority owned firm and the principal is [architect] Rainy Hamilton. There is a true commitment to doing projects that involve the community. It was actually my first job out of college as a designer. I was working on projects ranging from high-end hospitality and gaming to academic spaces such as The LEED Platinum Certified Wayne County Community College Expansion.

Another firm that does an impeccable job with community outreach is the Detroit Collaborative Design Center at the University of Detroit Mercy. Most of their work is with non-profits. They literally wrote the manual about creating design centers at other colleges and universities so that students can learn about engaging communities that they’re working in so that when they become professionals, it’s already a part of their process for designing projects.

Khalamayzer: Who are some of your favorite hip hop musicians and visual artists? How do they influence urban architecture?

Embedded within the lyrics of each of these artists are critiques of the built environment and a litany of solutions waiting to be implemented. Khalamayzer: What would you ask of businesses so that when they grow they can make a positive impact on underserved communities?

Ford: I challenge firms, organizations and companies to try to engage communities in ways that will be impactful and of interest for that community. One of the biggest challenges to cities, states and governments is to go away from traditional meetings that do not draw any type of diversity or interest from the community.

For example, [I am] working with the city of Madison, Wisconsin's city parks and recreation department and also with the city planning department. As the city looks 20 years into planning for the future, we are looking at getting the youth that will be in their prime to be part of those processes, and also to get minorities because our minority population is growing.

How can we explore the culture of a place and celebrate it as opposed to ending the culture from happening in that place to allow for new people to come in (gentrification)?

Khalamayzer: What can the business community learn from hip hop?

Michael Ford: They’ve learned that hip-hop is this marketing genius. But I think what companies can learn is young, non-traditionally trained youth have inspired the world behind their culture and ingenuity with it, from young DJs learning how to master a record player and create new tools so that record player now can turn into a turntable where you can scratch the record and no longer break the needles.

I think what companies can learn from hip-hop is taking a chance on these non-traditionally validated professionals who have inspired the world.

How can we explore the culture of a place and celebrate it as opposed to ending the culture from happening in that place to allow for new people to come in?

So maybe we could start to look at new definitions for our jobs and understand the systemic racism that people face that may prevent them from becoming or obtaining those traditional validations, but know that that does not prevent them from still having that genius within them.

Khalamayzer: What do business leaders need to expand into diversity while being successful?

Ford: Let’s celebrate the people who have already been doing the work by giving them the resources that they need to increase their platform. If there is someone in your office already who is doing that, there’s no need to reinvent the wheel. There are people that do the work outside of that 40- or 50-hour work week they put in. So how can we make equity, diversity and racial justice a part of our business models and support the people who are already doing the work?

A lot of times, you have diversity issues that are led by individuals who do not look like the people they’re trying to recruit. I believe to be more successful, industries can tap into people who are already doing it and support that initiative. And sometimes that support doesn’t solely mean financial support.

There's been a chess game that continues to be played when it comes to issues of equity diversity and racial justice. And we can’t make checkered moves to play a game of chess.

8 ways to inspire innovation in the business of architecture