The history of cellular agriculture (and the future of food, too)

This article is adapted from "Food or War," by Julian Cribb (Cambridge University Press, 2019). All rights reserved.

Bioculture — or "cellular agriculture" as it is sometimes known — is an emerging technology for producing food products from cultures of the cells from plants, animals, fungi and microbes. It is the commercial realization of the tissue cultures which have been used in agricultural, biological and medical research since the technique was discovered by Wilhelm Roux in 1885. In the 21st century, it will furnish humanity with safe, healthy and nutritious foods or food ingredients in large volumes that require minimal inputs of land, water and energy. 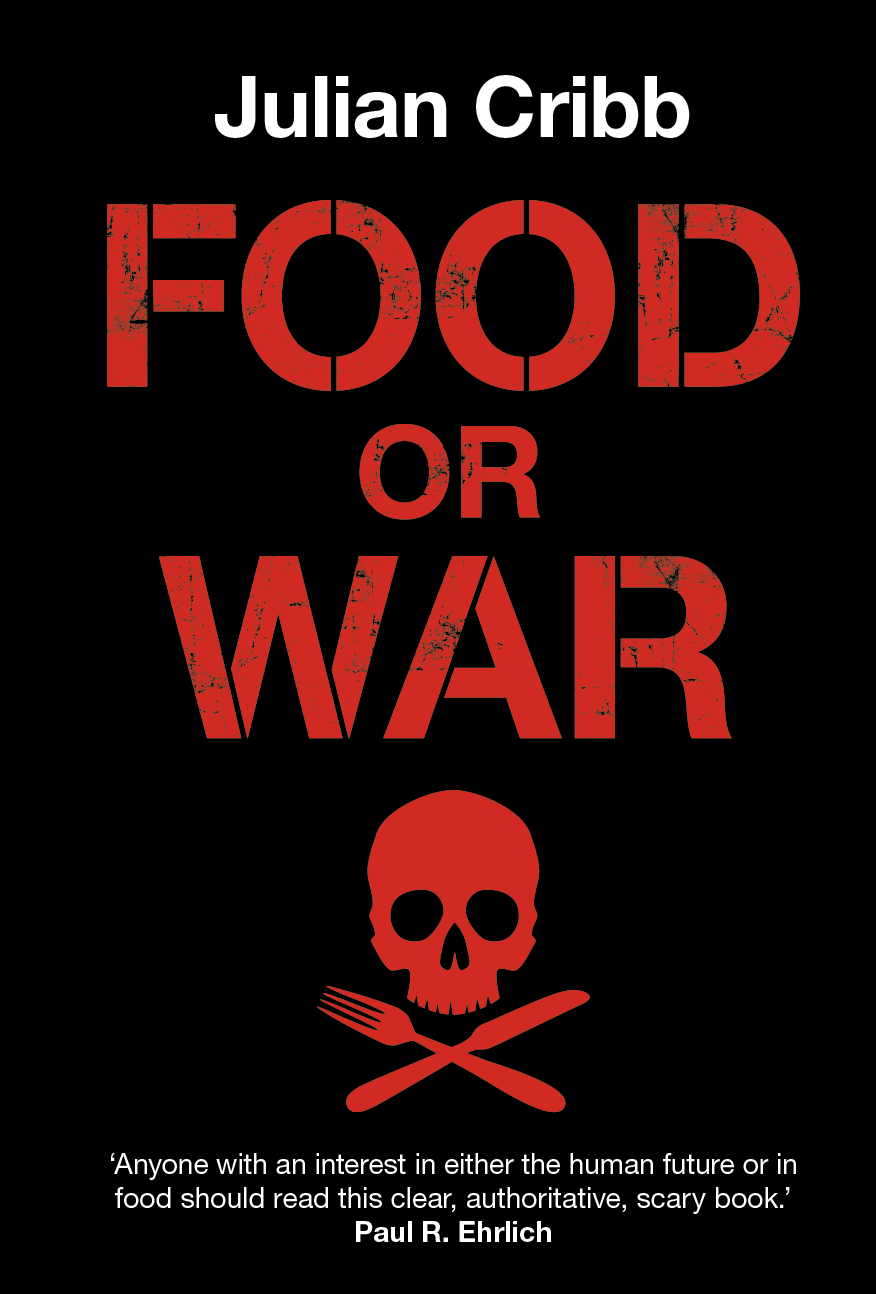 Among the eye-catching advances underway are cowless meat and milk products, chickenless eggs and meat, pigless bacon and ﬁshless ﬁsh. These are not substitutes made from vegetable material like soy — they are indeed true meat cultivated by carefully feeding embryo stem cells with the right nutrients to turn them into muscle ﬁber. The only thing missing is the animal in the middle of the process — which goes direct from living embryo to meat product at a speed and with an efﬁciency no animal can match. The technique was demonstrated by Mark Post at Maastricht University when, in 2011 he produced the world’s ﬁrst "test-tube sausage" followed a couple of years later by the ﬁrst hamburger. This breakthrough in food production has since been followed by biotech and food startups around the planet, in what some experts consider may become a technology boom to rival or exceed solar energy.

If scaled-up and made widely accessible, cellular agriculture could help reduce the protein nutritional deﬁcit in developing countries.

The ﬁrst cultured hamburger, a research product, cost $325,000 to produce in Post’s university laboratory. Two years later a company called Future Meat Technologies said it had the cost down to $325 a pound and was aiming for $2–3 a pound by the early 2020s.

Cultured meat is controversial. On the one hand, it offers meat which is free from cruelty (to either animals or humans) and meets contemporary ethical standards with a much lower environmental footprint than conventional meat from animals. On the other hand, its critics claim it is "not real meat" and that its climate credentials may not be as good as natural grazing of animals (which, if done sustainably, can lock up large amounts of carbon). However, since the cultures are raised in bioreactors, they are immune to the impacts of weather and climate that afﬂict livestock systems. On the dietary side, it is likely they can offer a meat alternative that is designer-proﬁled to the needs of consumers with particular health problems, at an affordable price.

Meat is far from the only new food product that can be produced from biocultures. There is also milk made from yeast cells, vegetarian "meat" and eggs made from plant cells. With gene editing, it becomes possible for bio-factories to make new medical drugs, biofuels, bioplastics and green chemicals, even insulation, textiles and construction materials.

Meat is far from the only new food product that can be produced from biocultures. There is also milk made from yeast cells, vegetarian 'meat' and eggs made from plant cells.

Carolyn Mattick of the American Association for the Advancement of Science assesses it as "a technology that presents opportunities to improve animal welfare, enhance human health, and decrease the environmental footprint of meat production. At the same time, it is not without challenges. In particular, because the technology largely replaces biological systems with chemical and mechanical ones, it has the potential to increase industrial energy consumption and, consequently, greenhouse gas emissions."

The big question is: will consumers eat biocultured food? The answer, it appears, is that today’s consumers do not know what is in a sausage, a pie, a chicken nugget, a dim sum or a crab stick anyway — and will probably eat it provided the price is right and the food is tasty and safe. In support of this view is the fact that in the 1950s nobody on Earth wore synthetic fabrics made from petroleum — and today almost everybody does, suggesting that novel technologies can be universally embraced provided they meet consumer needs, wishes and budgets. This suggests the big opportunities for cultured foods will be at the lower end of the market price range, and in specialty health or ethical foods.

A major challenge facing this very new technology is how it will be received by the highly complex system of food law and regulation, institutions, commercial networks, healthcare policies, technical factors and social mores that inﬂuence the modern food supply. These have posed no real obstacle to the introduction of genetically modiﬁed foods, and so may be expected not to do so for biocultured foods. However, the issue will be decided, in the end, by consumer preferences.

Another big question is: what effect will cultured meat have on the 60 billion animals which are slaughtered every year to feed humanity — and on the hundreds of millions of people who raise and process them? Since livestock represent 65 percent by weight of all the vertebrate land animals on Earth, clearly an alternative way to grow meat could potentially replace many of these — and so help to restore the ecosystems which humans have destroyed or damaged in trying to raise and feed so many livestock, allowing wild animal numbers to recover. However, it is likely that many consumers will still prefer their meat "natural," in the same way that many people still choose to wear cotton, linen or wool over synthetic textiles, or build their homes from wood instead of concrete.

Today’s consumers do not know what is in a sausage, a pie, a chicken nugget, a dim sum or a crab stick anyway.

This means there will still be a large market for meat from livestock reared sustainably on eco-farms or grazed sustainably in the rangelands — and that animal meat, as an up-market product, will command a premium price, delivering the farmer a better return which she or he can use to restore and preserve the natural and farming environments. It is the intensive livestock industries, with their high use of compound feeds, drugs and chemicals, their pollution and disease issues and questionable ethical practices that stand to be supplanted by cultured meat, at the low-cost end of the market. In other words, cultured meat can help to restore the wild world (including the oceans) by supplanting the industrially produced product which causes so much pollution, greenhouse emissions and land cleared for feedgrain production (which amounts to nearly two-thirds of the total world area farmed for grains). Former livestock producers will ﬁnd fresh opportunities in the biocultures sector — and others as eco- farmers or Stewards of the Earth, helping to rewild the planet.

Coupled with biocultures, potentially, is another food technology revolution in 3D printing of food from raw ingredients, or even from basic nutrient materials produced in biocultures. Food printers have a range of possible applications, from printing out hamburgers, pizza, donuts and snackfoods in fast food outlets and vending machines, to automated production of airline meals, to the sculpting of unique and beautiful designer desserts in elite restaurants. In the home they can be used to print out novel processed foods from raw, healthy ingredients, thus sidestepping the unhealthy chemical dyes, additives and preservatives and excess salt, sugar and fat of the industrial food chain. Dozens of food printers are already on the market, and hundreds of tech startups and major corporate players are forecast to be distributing them by the 2020s.

According to the GEF, biocultures can thus assist in mitigating climate change, land degradation, deforestation, chemical and waste pollution, over-ﬁshing and biodiversity loss by diverting livestock production from the current resource-intensive system.

Also, according to the evidence presented in this book, biocultures have the potential to deliver a major peace dividend in the form of a safe, reliable supply of nutritious food to regions of the world beset with resource scarcity, instability and war. They can help materially in overcoming both hunger and poverty and in stabilizing the local food supply, and hence government, in developing regions. Biocultures are thus an important, and highly affordable, "weapon of peace" for the 21st century.

See all by Julian Cribb