Home Depot and BJ's Wholesale Club are responding to the 500,000-plus people who have signed petitions urging them to stop selling wildflowers pre-treated with neonicotinoid pesticides that are killing bees and other pollinators.

Home Depot said all plants treated with neonics will be labeled starting this fall as they "actively work with suppliers to find alternative insecticides for protecting live goods and bees."

BJ's said, "We are asking all vendors to be out of neonicotinoid plants by the end of this year and/or we will include a label that states "treated with neonicotinoid; use caution around pollinators."

Both companies say they are working with vendors to sell lawn and insect sprays to customers that do not contain neonics, such as imidacloprid (which also pollutes drinking water). No word from Lowe's, Target or other major retailers.

Friends of the Earth — which exposed the neonics problem at mass retailers last year — now finds that 51 percent of garden plant samples contain the pesticides at Home Depot, Lowe's and Walmart, according to Gardeners Beware 2014 (PDF).

The Task Force on Systemic Pesticides — which formed to conclusively analyze the issue — released a study (PDF) that confirms neonics "are causing significant damage to a wide range of beneficial species and are a key factor in the decline of bees (butterflies, birds, reptiles). Concern about the impact of systemic pesticides has been growing for the last 20 years but the science has not been considered conclusive until now." 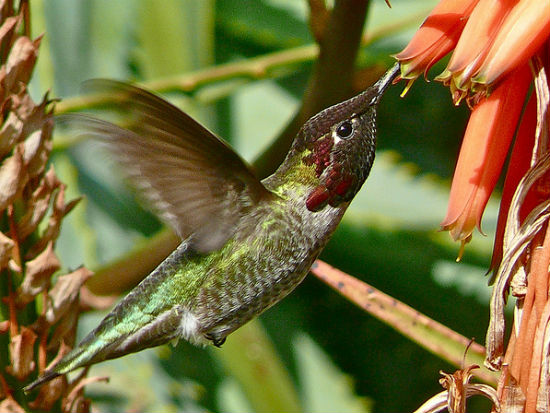 The task force calls for immediate regulatory action that restricts their use, citing harm to a wide range of beneficial organisms, even soil microbes essential to healthy ecosystems. Calling neonicotinoids a "nerve poison," the task force even low-level exposure is problematic.

"The evidence is very clear. We are witnessing a threat to the productivity of our natural and farmed environment equivalent to that posed by DDT. Far from protecting food production, their use is threatening the very infrastructure which enables it, imperiling pollinators, habitat engineers and natural pest controllers at the heart of a functioning ecosystem," said co-author Dr. Jean-Marc Bonmatin of the National Centre for Scientific Research in France.

Birds and reptiles don't have to ingest the pesticides to be affected. They simply lose their food source: insects.

Sadly, neonics have become the mostly widely used pesticide around the world after being introduced just a decade ago, with $2.6 billion in sales in the U.S. alone in 2013. They are also used in domestic treatments to prevent fleas on cats and dogs and termites in wood structures.

Meanwhile, Earthjustice is representing Pesticide Action Network, Center for Food Safety and Beyond Pesticides in a lawsuit against California's Department of Pesticide Regulation. In June, the department approved greater use of two powerful insecticides, even as it continues their review of the evidence, ongoing since 2009. A lawsuit also has been filed against EPA for failing to take action.

Last month, President Obama directed federal agencies to "reverse pollinator losses and help restore populations to healthy levels" and in February, Oregon passed the "Save Oregon's Pollinators Act." Eugene, Ore. is the first city to ban their use on city property. In May, Minnesota passed bills that compensate beekeepers for bee losses and bar retailers from labeling treated plants as "bee-friendly." Bills have been introduced in Alaska, California, Maine, Maryland, New Jersey, New York and Vermont, and on the federal level, the Saving America's Pollinators Act was introduced last year.

Top image of honeybee by Geoff Gallice via Flickr. This story is reprinted with permission from SustainableBusiness.com.