Honda is looking for your energy or mobility startup

While most of the world's automakers have Silicon Valley research and development divisions or startup investing arms, Honda Xcelerator serves to do something a little more subtle: build relationships; work on prototypes; and find partnerships amongst Silicon Valley startups and entrepreneurs.

The Japanese giant, which has collaborated with 40 companies so far through the Xcelerator initiative, is taking an "open approach" to finding innovations across transportation, mobility and — its newest interest — energy. 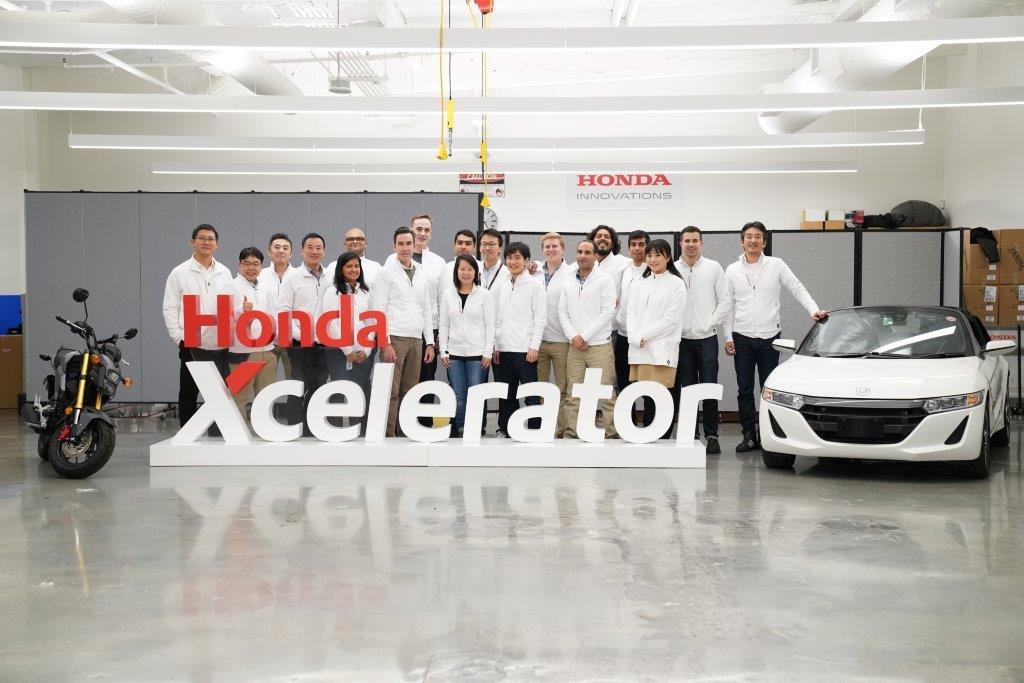 The group's open style means that the startups it works with don't need to pledge exclusivity or sign complicated legal documents. For the most part, Honda Xcelerator doesn't do dilutive equity investments in startups, although Clark said it has taken an equity stake in a couple.

Startups are a lot leaner, can take more risks, attract different sets of talent and can do things that Honda can't.

The bulk of the work that Honda Xcelerator does with startups is funding pilots and prototypes, and offering its resources — whether that's Honda engineers, vehicles or collaborative workspaces — for promising up-and-comers.

For example, at Honda Innovations there's a garage with 20 vehicles and robotics products (such as an autonomous off-road vehicle) that startups can work on and try to integrate their tech with. 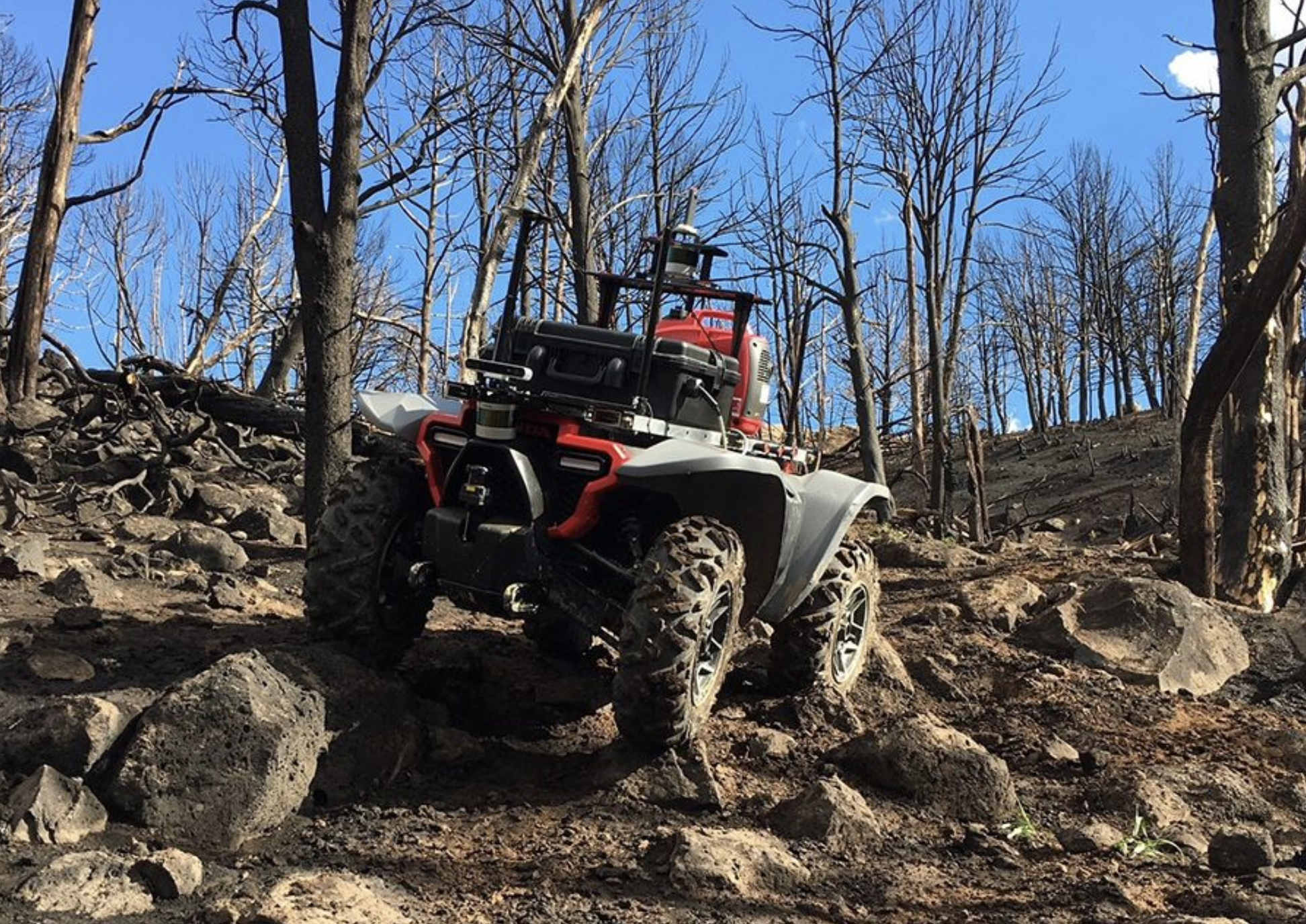 Companies that Honda has worked with include high-definition mapping company DeepMap, augmented reality company WayRay and natural language processing company SoundHound. Another is Perceptive Automata, which has developed software that can help autonomous vehicle systems better predict how humans might act.

James Gowers, vice president of strategy and business development for Perceptive Automata, said working with Honda has given the company "credibility and exposure," and has been a huge benefit. At the CES conference earlier this month, the startup showed off its technology at Honda Xcelerator's booth.

It sounds pretty great for a tiny startup. So what does Honda get out of this?

"Startups are a lot leaner, can take more risks, attract different sets of talent and can do things we [Honda] can't. Everyone in the company realizes that, and they understand the importance of working with startups and doing open innovation," Clark said.

In addition, "in some cases the next set of suppliers are being born," and "as they grow and mature into large companies, we give ourselves a strategic advantage," he said.

For example, if Perceptive Automata ends up owning the world's must-have behavior prediction software, Honda theoretically could have a leg-up when it comes to integrating it into its vehicle driver-assist systems. The automotive industry needs as much innovation and innovative thinking as it can get. Transportation is undergoing a rapid disruption due to the convergence of technologies such as autonomous and assisted controls, connectivity and electrification. Changing consumer and business habits are also leading to a trend of access over ownership.

Honda's automaker peers such as General Motors and Ford have been forced to cut costs and workers in an effort to adjust to a changing world. Overall, vehicle sales are expected to slow in many markets as adoption of ride-hailing and car-sharing services grows.

We're learning where we can be involved and add value.

Honda, not surprisingly, is looking for startup partnerships in many of these key areas of disruption.

As a huge motorcycle maker, Honda is interested in micromobility, or the trend away from personal car ownership, and a rise of on-demand smaller vehicles such as e-bikes and e-scooters. "We're learning where we can be involved and add value," Clark said. 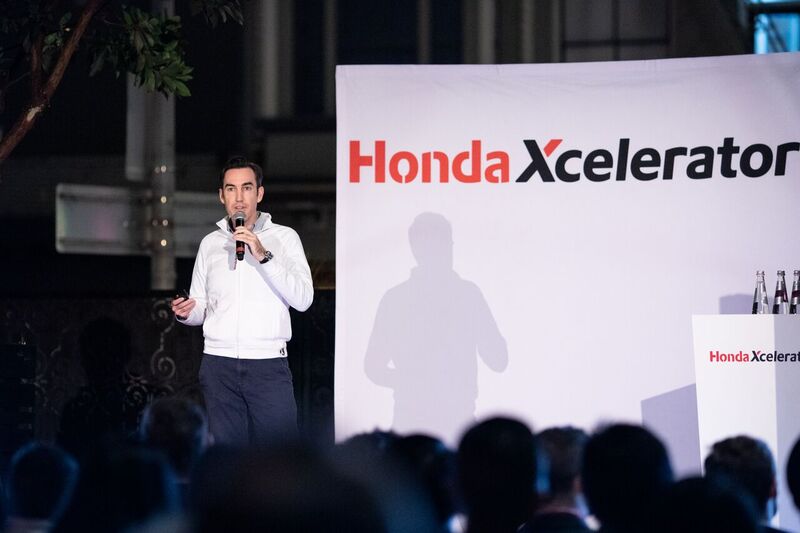 A newer area for Honda Xcelerator is energy innovation. The group is following innovations around energy storage, battery management, electric vehicle charging management, and hydrogen fuel cells. "We wish we were seeing more deal flow in that area," Clark said.

Overall, Honda Xcelerator — which has a full-time team of 12 across its global studios in Europe, Canada and Asia — tracks about 4,000 companies, has connected with about 400 and has worked with 40. The group has refined and honed its processes over the past four years or so.

This more indirect model of startup collaboration could prove to be a newer and potentially more successful model for automakers and Silicon Valley. Corporate venture capital arms have a history of delivering few returns and rather awkwardly working with small companies. Years ago, Honda had its own strategic VC arm, now dormant.

But this new "open" method and the business of relationship building could prove more fruitful in the long term.

If you have an interest in working with Honda's Xcelerator program, apply here.