Hope for the metropolitan solution to climate change

Hope for the metropolitan solution to climate change

This is an edited excerpt from the book "Climate of Hope: How Cities, Businesses, and Citizens can Save the Planet," authored Michael Bloomberg and Carl Pope and published by St. Martin's Press.

Historically, nations relied on their agricultural and mineral resource base and viewed cities as unreliable partners. As a result of these traditions, national governments, with exceptions such as Singapore, have distributed power based on geography, not population. Most representative democracies have voting systems weighted — some might say rigged — to give more power to rural areas than population warrants. The United States is the perfect example of this. The Senate and the Electoral College are both weighted to favor rural states with small populations. The states that are more urban pay far more in federal taxes than they receive in federal program benefits. States with more rural populations pay less and receive more. The same is true in other countries. 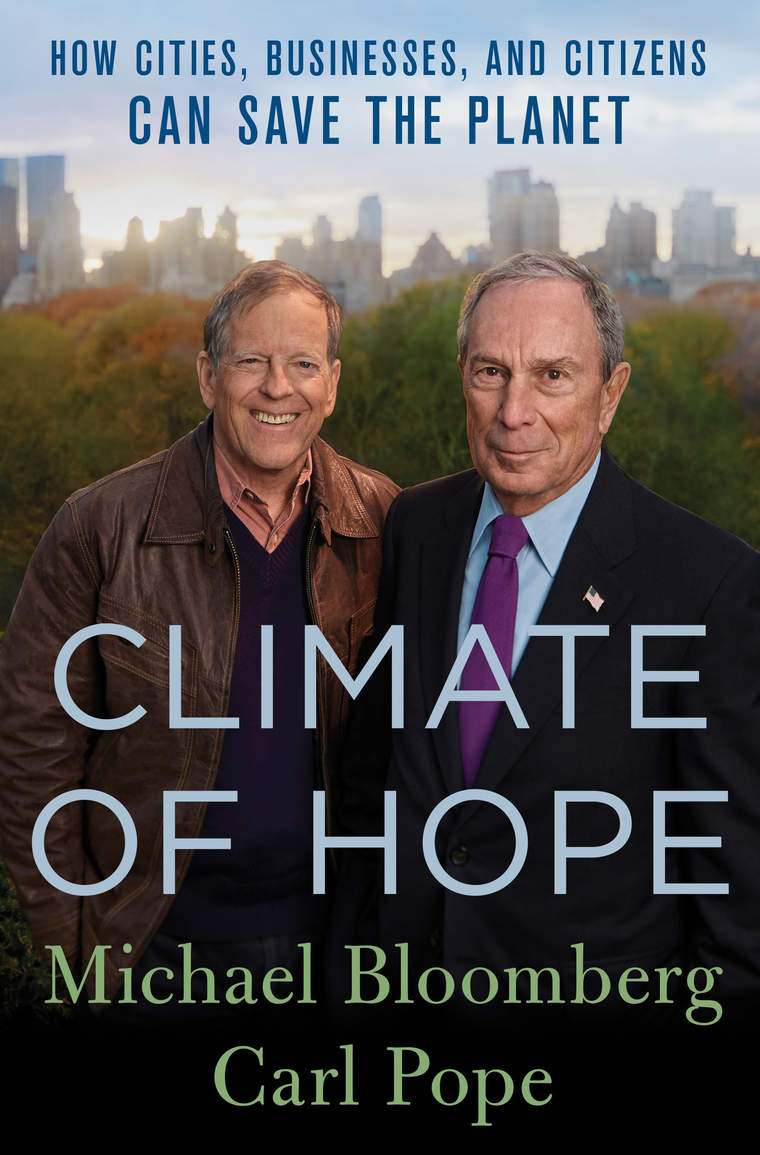 This tradition is challenged by the reality that 21st-century economies are rapidly substituting knowledge and information for raw materials and commodities. Cities, not rural areas, are the nexus of this new economy — and cities, as we have shown, also have enormous incentives to take action on climate change.

As markets are centered in urban areas, it makes sense for urban areas to lead the way in addressing market failures. And, fortunately, cities are uniquely equipped to do it.

Goods and services that benefit everyone require a collective mechanism to finance them: Government. City walls were one of the first public goods that governments were charged with providing. But close behind them were streets and port facilities, drought-proof water supplies, public marketplaces to lower the costs of trading, garrisons, courts and commercial regulation, including standardized weights and measures. These and other public goods have been provided by and in cities since their inception.

The good news is that the special interests that stand to lose from these improvements hold far less sway over mayors than they do over national legislators. The bad news is that cities often face legal obstacles in financing and implementing these solutions. Many cities don’t have the power to adopt a local sales tax. Most do not have credit ratings. And some even lack the legal authority to borrow for the infrastructure they need and their citizens want.

Every U.S. city that has gone outside of its monopoly utility provider to obtain power has been able to get electricity that was both cheaper and cleaner.

Where cities have the most authority, they have made the most progress — on making buildings and waste treatment plants more efficient, expanding cycling and bus services, and even on generating power. Every U.S. city that has gone outside of its monopoly utility provider to obtain power has been able to get electricity that was both cheaper and cleaner. Yet most cities globally are forced to buy electricity from a monopoly, however dirty it may be, and at whatever price and reliability it provides.

Cities also need more control over their streets. Globally, transportation patterns are shifting dramatically. Many cities aim to have more of their travel provided by mass transit, and new ride-sharing services are challenging traditional ways of getting around. Autonomous vehicles are coming, but will they result in more congestion or less? Cities need the authority to manage their transportation systems in ways that allow them to reduce pollution, improve health and combat climate change.

With 70 percent of the world’s $90 trillion infrastructure bill centered on urban areas, it’s also crucial that cities are treated equitably in their access to financial tools. Right now, for example, the World Bank can only make loans to nations. Yet many of the world’s cities are larger than dozens of smaller member states of the U.N., which routinely get World Bank loans.

Cities are eager to provide the kind of transparency and accountability that lenders and investors appropriately expect. Members of the newly launched Global Covenant of Mayors, representing more than 7,000 cities, have agreed to report their emissions and climate progress according to a standard set of tools that are more rigorous than those currently used by many countries.

Everyone who cares about climate change — and improving public health, increasing economic growth and raising standards of living — should urge their national governments to devolve more power to cities. It is starting to happen, but too slowly. More than any national law or policy, devolving power to cities is the single best step that nations can take to improve their ability to fight climate change and, with it, the health of their citizens and economies.

Urban Sustainability and the Developed World