Over the last year, the media coverage of clean technology in the United States has been dominated by stories such as the high-profile bankruptcy of solar maker Solyndra and the emergence of China as the leader in the global solar market, leaving many (including investors and national policy leaders) to question the future of the industry within our borders.

So, when a Silicon Valley cleantech company announces plans to expand beyond the friendly confines of California to build a second factory in Delaware, we should pay attention.

This week I toured the new site in Newark where Bloom Energy will build fuel cells known as “Bloom Boxes.“ Currently, Bloom has a sole manufacturing plant, in Sunnyvale, Calif., that builds fuel cells destined for West Coast locations. However, a single Bloom Box weighs about 17 tons, making shipping logistically challenging, not to mention costly. A Delaware production facility opens the door to expand relationship with existing customers and win new customers east of the Mississippi.

The Bloom facility will sit on a 272-acre site with a rich manufacturing history. Originally the U.S. Army built tanks on the site. In 1957, Chrysler assumed ownership for a massive auto plant that at one point employed more than 5,000 people before it was shuttered in the 2008 recession. Now, Bloom is bringing economic opportunity back to the region – and to their sector.

Why Delaware? In addition to having some of the best Italian subs on the East Coast, Bloom Energy chose to locate their new manufacturing facility in the state for several important reasons

Bloom has received a lot of media attention, ever since charismatic co-founder and CEO KR Shidhar gave Lesley Stahl a peek inside a Bloom Fuel Cell on 60 Minutes in 2010. Some critics of Bloom say that all the media attention Bloom has received is overblown. But this new factory is a big deal not only for the company and the State of Delaware, but for the entire cleantech industry.

Expanding its U.S, footprint not only further cements Bloom’s relationship with its current roster of Fortune 500 companies -- including Apple, AT&T, Coca-Cola, Google and Wal-Mart -- but it also illustrates that, Yes, Virginia, there is a hope for the U.S. domestic cleantech sector. 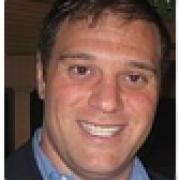