The hopes and fears of transportation

Like any public project, transit is political. Whether people support transit in general, or whether they support a specific project, depends on what they value. These values — expressed as hopes and fears — determine who will advocate for and against transit and which arguments they will deploy to win over the public. Every city is unique, but the arguments are often similar — both because they are fundamental to how cities work and because both transit proponents and opponents share ideas, strategies and funding nationally. 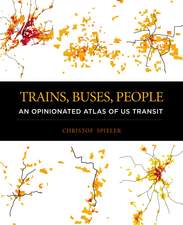 One of the biggest motivations for transit in most cities is traffic congestion. Increasingly, people have realized that highway expansion cannot reduce congestion; growth and "induced demand" — people choosing to make more or longer trips — will ensure that any new lanes will be quickly filled. Transit provides an alternative to congestion. Rail or bus in its own right of way will get commuters to work in the same time every day and allows a city to continue to grow by creating more capacity.

Planning transit to combat congestion, though, can lead to narrow thinking. The first instinct is often to place it along highway corridors. But that doesn’t necessarily work. Transit needs to serve destinations.

Nearly every city, it seems, has an inferiority complex. Initiatives like sports stadiums or rail-transit lines are often framed around the idea that they will make a "world-class city" by helping the city compete against others for business headquarters and population growth. These arguments are not particularly nuanced; they do not address the specifics of a transit project or its usefulness.

They also tend towards "elite projection" — people who lead comfortable lives and assume that everyone else has the same needs they do. Civic leaders, who travel far more than the average person, think about transit in terms of their experiences elsewhere. Thus, airport rail connections and tourist-oriented circulators get disproportionate attention.

There is no doubt that public investment in transit can lead to private investment. Transit provides access to major employment centers, enabling more jobs and new buildings to house them. Transit makes the neighborhoods it serves more attractive to live in, spurring new residential development. Transit stops create hubs of activity that support new retail. For all these reasons, business leaders often support transit.

But how we think about economic development can lead to very different outcomes. A high-level view leads to building a transit network that supports growth by adding transportation capacity. A more limited attitude could mean building transit designed to appeal to major employers, like Amazon, which specifically called out transit as a factor in its 2017 search for a city for its second headquarters. A particularly narrow-minded approach can mean backing projects that do nothing to make it easier to get around but add curb appeal to new development.

What is transit for?

One of the essential functions of transit is helping people who can’t afford a car get to work, school, family, friends and daily needs. It is a powerful, and often persuasive, argument for transit. In 2010, St. Louis voters passed a new transit tax following a pro-transit campaign with the slogan "Some of us ride it . . . all of us need it," focusing on stories of service workers who need transit.

But the poor don’t always benefit from those arguments. In some cases, low-income riders are merely used as a compelling argument by transit opponents trying to block rail projects. In other cases, well-meaning leaders don’t understand what low-income residents actually need. Framing arguments around "transit-dependent riders" also gives the impression that the people who need transit are already using it, when in fact there are many people who own cars but can’t really afford them.

Framing arguments around 'transit-dependent riders' also gives the impression that the people who need transit are already using it, when in fact many people own cars but can’t really afford them.

They see the car as necessary because they are not well served by transit. Although low-income riders are a big topic of discussion, their trips rarely actually improve. Through necessity, advocates for the poor often end up being defensive, trying to protect current transit service from cuts. That defensive posture, though, can actually lead advocates to settle for small improvements when big ones are needed.

Environmentalists are natural transit allies. Areas where support for the environment is strong, like California, the Pacific Northwest and Denver, also have strong support for transit.

It can be hard, though, to visualize a specific benefit of transit for the environment. Some benefits, such as the fact that trains and buses use less energy, release fewer emissions, and generate less CO2 than cars, are measurable, but invisible. Others take effect far from the project. Transit enables denser urban development, which uses less energy, water, and land than suburban sprawl. But this means that effective transit projects are far away from the natural areas they’re protecting. An occasional train running through pastoral landscapes may look environmentally friendly, but it is not doing nearly as much good as a crowded urban subway.

A significant portion of Americans want to live in urban places. The 2015 Kinder Houston Area Survey found that 49 percent of residents in Harris County, Texas, want to live in a walkable area with a mix of homes, shops, and restaurants. There is an increasing awareness that transit is part of what enables such places. An increasingly vocal constituency of urbanists supports quality transit that serves walkable urban neighborhoods, often working with "YIMBYs" (Yes In My Back Yard) who support new urban housing.

Transit opponents deploy cost as an argument against all transit, often claiming that it would be cheaper to buy every rider a Lexus (ignoring the cost of the highway that the Lexus needs) or arguing that money should be spent on other government services instead, even if those are funded from completely different sources.

But transit supporters raise concerns about cost, too. Fundamentally, the decision to build transit is a decision to spend money. Money spent on one project cannot be spent on another, and money spent on building transit projects can’t be spent on operating transit service. A project may be useful, but have as much benefit as another project elsewhere. Or it may be possible to get 90 percent of the benefit for 50 percent of the cost. Some transit projects do have large costs and few benefits and some projects have significant benefits but excessive costs.

The belief that new transit increases crime is brought up in the context of nearly every transit project. For example, when Houston METRO proposed a bus route that would run by a gated suburban community, a resident told the Houston Chronicle: "Most of us are retired, and I certainly don’t want to shoot someone stealing a bicycle out of my garage." There is no clear evidence to support this, but it is essentially impossible to dispute because the rate of crime is related to so many factors. There is, of course, also plentiful evidence that criminals can drive cars.

Beneath the fear of crime is a fear of poor people. American suburbs were built to be middle class and economically homogenous. Many residents fear losing their lifestyle and their property values. Low-income residents moving in represent decline, and the fear is that transit will bring them.

The belief that new transit increases crime is brought up in the context of nearly every transit project.

Some conservatives see transit as a government handout or even an attack on freedom. Congresswomen Michelle Bachman articulated this view in 2008: "This is their agenda — I know it’s hard to believe, it’s hard to fathom, but this is ‘Mission Accomplished’ for them. They want Americans to take transit and move to the inner cities. They want Americans to move to the urban core, live in tenements, take light rail to their government jobs. That’s their vision for America."

This viewpoint is not uniformly held among conservatives; many strong advocates of free markets are also proponents of transit. But it does show up regularly in Republican platforms and campaigns, and it gives the conversation about transit a partisan framing that most transportation issues don’t have. Highways and roads are also planned by the government and subsidized by general taxes, but they are not seen as "socialist." In fact, many of the people who say transit users should pay the full cost of transit steadfastly oppose highways users paying the full cost of highways in the form of tolls.

Across the country, urban neighborhoods that had been neglected for decades are being redeveloped. That is great for people who want homes close to work and an urban lifestyle, but not necessarily great for the people (many poor and nonwhite) who already live and work there. Redevelopment can bring gentrification: the displacement of existing residents, a lack of affordable housing, the closing of essential businesses, a loss of historic fabric, and a fundamental change that can make longtime residents feel unwelcome, excluded, or persecuted. While some people see new development around urban transit as desirable economic development, others see it as undesirable gentrification.

The fundamental dilemma here is that low-income neighborhoods need better transit for access to jobs, education, and all the benefits of a city. Not building new transit might stave off gentrification, avoiding redevelopment and protecting local residents, but it could also strand those residents. The fundamental problem may be one of scarcity: if we have only a few lines of high-quality transit, the places it serves become uniquely valuable. If we had better transit everywhere, we would not see the same effect.

Transit projects rarely have the dramatic impacts that highway projects do, but they do change their surroundings in big and little ways.

Transit projects rarely have the dramatic impacts that highway projects do, but they do change their surroundings in big and little ways. Bus lanes replace parking, light-rail tracks block turns, buildings are replaced with subway entrances, and streets carry traffic bound for new park-and-ride lots. Every transit project involves working through these issues. Generally, designers find solutions to address the residents’ concerns while creating useful transit.

But sometimes tradeoffs can’t be avoided. In San Francisco, for example, MUNI proposed new platforms on the L Taraval so that 8,000 light-rail riders a day would not have to stand in traffic lanes to board. Twenty-two riders had been hit by cars in five years, but the platforms would require moving 55 parking spaces, and residents came out in force to try to block the project, literally valuing their convenience over other peoples’ lives. Entire transit lines, like Houston’s University Line, have been delayed or stopped by such opposition.

Beneath the surface, nearly every US planning discussion is partly about race. Other countries have debates that weigh suburbs versus the core, poor versus middle class, and transit riders versus drivers. Here, those debates have a specific racial dimension, based on a history of segregation and discrimination.

African Americans, for example, moved to cities in the 20th century for economic opportunity, but found job discrimination that kept them poor and legal restrictions that limited where they could live. After World War II, when white middle-class residents left the cities they set up discriminatory practices (now outlawed) and laws effectively prohibiting affordable housing (still common) to keep new suburbs white and middle class. Today, many whites associate poverty, inner cities, and transit with African Americans. Similar dynamics exist for other groups. Racist objections to transit are often unspoken, and sometimes cloaked with phrases like "those people," but they are a significant part of the U.S. transit dynamic.

Vice President and Director of Planning

How to prevent city climate action from becoming 'green gentrification'