Hot moments you missed at GreenBiz 17 in Phoenix

GreenBiz 17 promised to be "yuge," as GreenBiz Chairman and Executive Editor Joel Makower said. Nearly 1,000 sustainability execs and hopefuls from the corporate, NGO and academic worlds converged in the desert outside Phoenix, Arizona.

One takeaway was clear: There’s no trumping progress with this kind of momentum and backing. A fierce sense of purpose fired up a crowd set to blaze forward with cleaner energy, circular business models and sustainable supply chains. You can read about conference's themes and tracks here.

But the culture and energy of the GreenBiz event, a week of strategic thinking and hopeful feelings about the clean-energy and social impact opportunities in the year ahead, is something we can only partially capture. From Amazon’s first public speech about its environmental strategy to sustainability consultant Alan AtKisson performing the blues, following are some highlights of the way GreenBiz is changing public discourse about corporate sustainability. 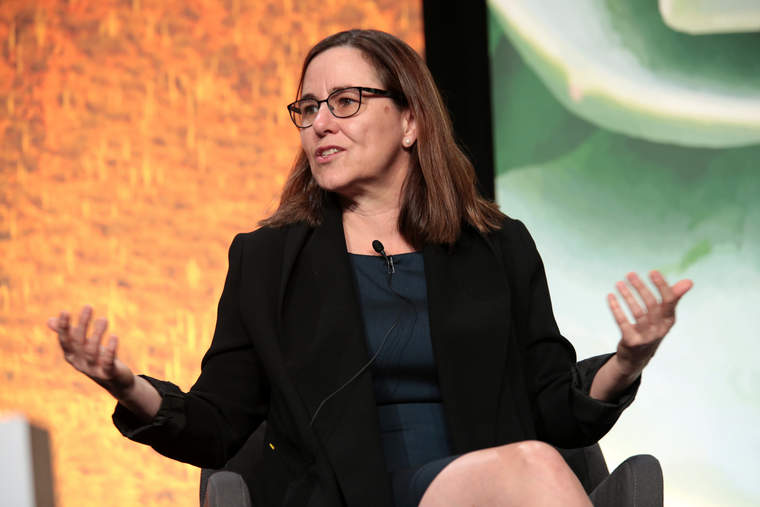 Speak up, speak often. The outspoken executive director of Greenpeace, Annie Leonard, challenged sustainability professionals to be far more outspoken about the positive business impact that their efforts have yielded over the years. "Everything we care about is under assault," the "Story of Stuff" creator declared during an interview with GreenBiz founder and executive editor Joel Makower. "We need to be more bold than ever before."

Many speakers during the conference echoed those words. It isn’t enough to engage behind the scenes in boardrooms or on Capitol Hill, more companies need to take a stand on behalf of issues such as clean energy, noted Sierra Club executive director Michael Brune. "To step away from politics or democracy at this moment is a bigger risk than actually engaging," he said. 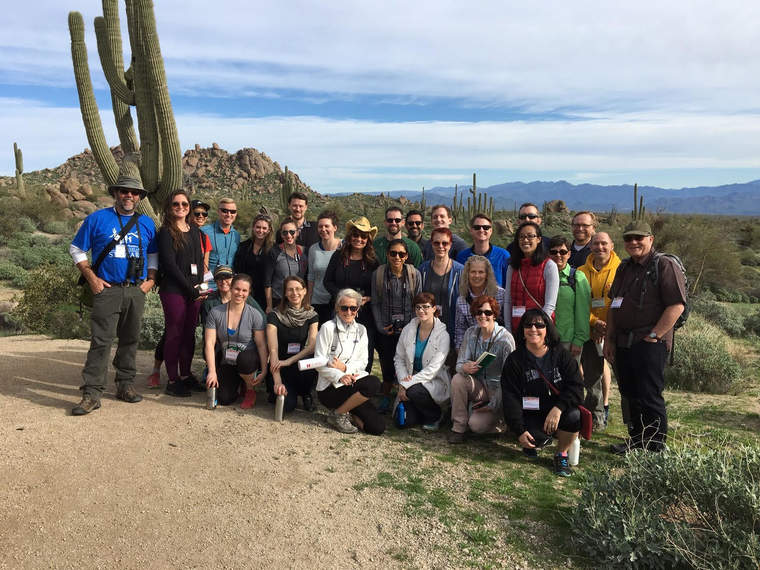 Call it a conference "precharge." Before the official GreenBiz 17 proceedings began, 30 attendees trekked over to the McDowell Sonoran Desert Preserve for an up-close-and-personal tutorial on biomimicry, an approach to sustainable human innovation inspired by patterns and systems in nature. The conservation area sprawls over 30,000 acres, roughly one-third the size of the city of Scottsdale, Arizona.

An example drawn from this arid climate: Did you know that a rattlesnake produces venom on demand, excreting only the amount need to get the job done? There’s no waste and less danger of accidental poisoning. Now, imagine applying that same process to the business world of chemicals.

Along the Tom’s Thumb trailhead, the hikers paused to consider the unique flora and fauna — to find their "sit spot" — and encouraged to reflect on their own personal and business challenges. "Be open to what comes," urged Joe Zazzera, one of the two biomimicry experts who led the way. 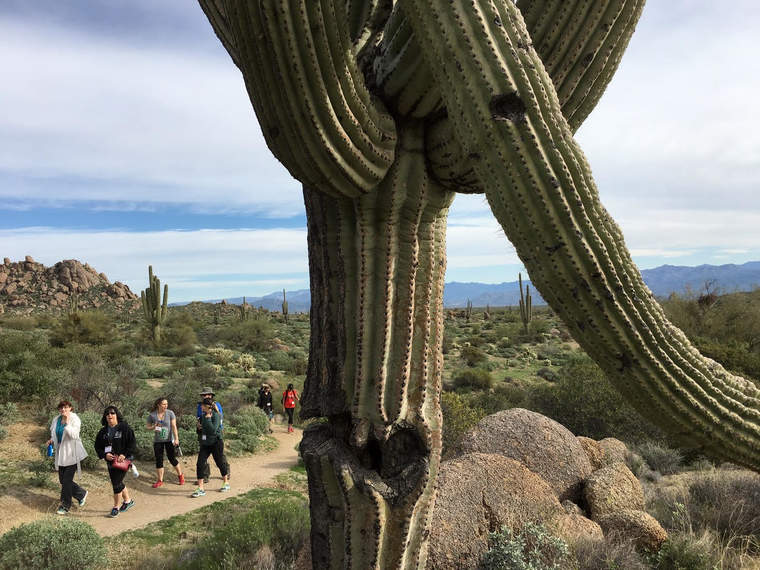 Heather Clancy
<p><span><span>Saguaro Cactus is indigenous to the Sonoran Desert.</span></span></p>

Welcome to the hotel Arizona. The iconic saguaro cactus, fixture of Hollywood westerns, is the largest cactus species in the United States. Judging by the Gila woodpecker nesting holes, many arms and scorch marks, this 20-foot specimen could be more than 100 years old.

The saguaro maps particularly well to one of biomimicry’s six main tenets: adapt to changing conditions. Its ribs expand and contract as the plant absorbs moisture. As it matures, the base fuses together for strength and new shoots are created — although the cactus can also cut off that growth easily, without the main body sustaining damage. Sounds an awful lot like a great corporate model for trying new ideas, and abandoning them if necessary for the good of the whole.

By the way, you can think of the nesting holes that distinguish most of these cacti as nature’s expression of the "sharing economy." Each year, woodpeckers create new ones — but none of them are "ready" until the following season. When the female birds are ready to roost, they just pick what’s available. 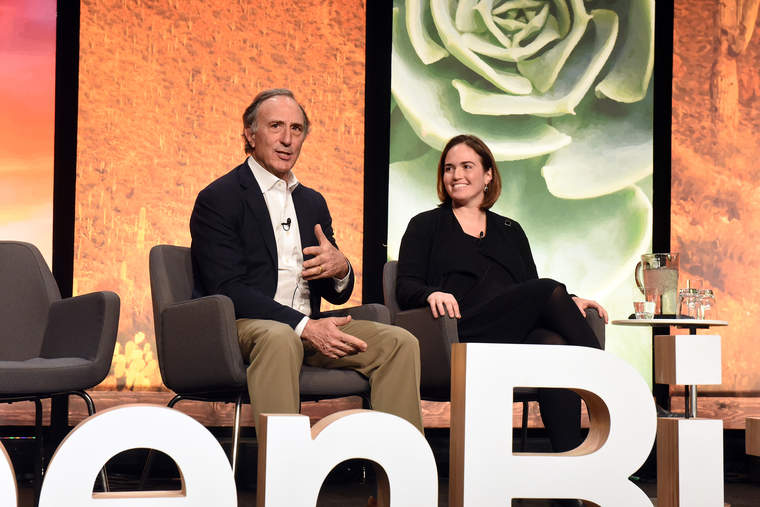 Remember why you’re doing this. Many people working for the cause of sustainable business have a very personal reason for doing so — and that can be a very valuable communications tool, one the movement probably doesn’t use often enough.

This really struck home during a joint father-daughter interview of Peter and Leah Seligmann: He’s CEO of Conservation International; she’s the director of net-zero strategy for the B Team. For both, an interest in protecting the world for future generations is a driving force. Ask yourself, what would make your children proud? And let the answer guide your actions.

In either case, it’s not enough to rely on data to get the job done. "You cannot solve this problem intellectually," said the elder Seligmann. "This needs heart. It needs you to constantly challenge what you are doing."

A bee is born

We all know that bee populations are declining at worrying rates. In the last five years, nearly a third of all bees in the U.S. have died off. This is due to a multitude of anthropogenic reasons, including habitat loss, climate change and pesticide use. The situation is so dire that researchers at Harvard are developing robot bees to pollinate crops ("Black Mirror," anyone?). But the most pernicious strain on bee populations is probably one you’ve never considered.

Anand Varma, a photographer for National Geographic, argues that an invasive parasitic mite called Varroa destructor is the greatest threat to honeybee populations. The mite gnaws on the baby bees as they grow in the honeycomb, making them weak and disease-prone.

Varna decided to investigate the effect of these mites by raising a bee hive in his Berkeley, California backyard. He turned his macro lens on his new pets to capture the metamorphoses of a honeybee from an egg to an adult — the first 21 days of a honeybee’s life — in a fascinating montage that he screened on the GreenBiz 17 stage. 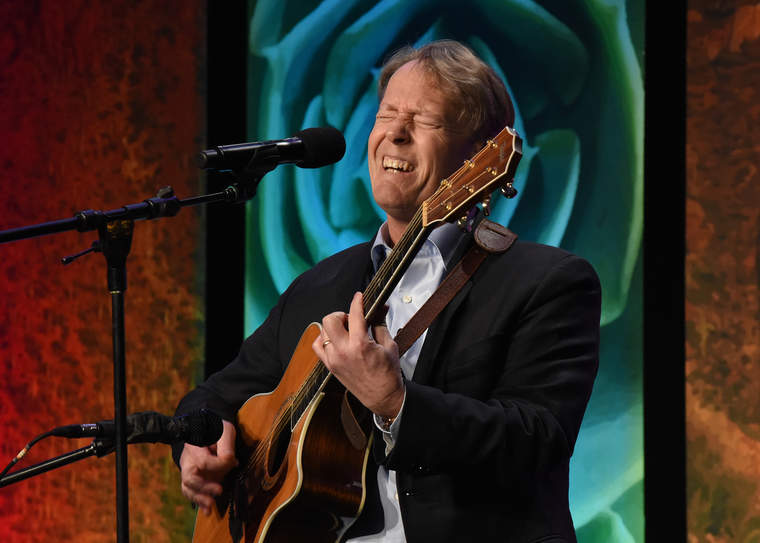 Connecting the intellect to the heart was a theme that wove throughout the week in Phoenix. To this end, music was a powerful tool to entertain, educate, inform and inspire at GreenBiz 17. From the silly to the sentimental, performances punctuated plenary sessions and gave attendees and speakers alike pause to reflect on the spirit of the community we want to sustain.

On Tuesday, beatboxing troubadour Cello Joe rocked the house with a live performance of looping pedals and soaring cello notes, reflecting on the digitized nature of modern life. A capella singers from Arizona State University punctuated Wednesday’s Sustainability Solutions Celebration with "I Love the SDG’s," an ode to the U.N. Sustainable Development Goals.

Thursday’s entertainment — with a purpose — brought GreenBiz’s director of engagement, Shana Rappaport, to the stage with Laura Clise, sustainability and corporate responsibility lead at Weyerhaeuser, who rapped about the power of the sustainability community. Author Alan AtKisson closed out the conference with the "Biodiversity Blues" and a song dedicated to Donella Meadows, the late, great pioneering American environmental scientist and writer. 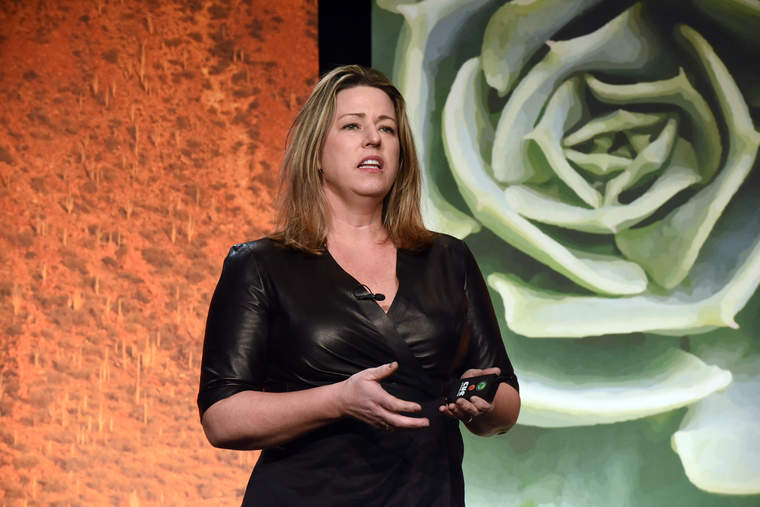 Kara Hurst, the consumer goods retailer’s director of worldwide sustainability, spoke out during a Wednesday keynote at GreenBiz 17 — an out-of-the-box move for Amazon.

"Retail is going through fundamental shifts," she said. So has Amazon: In the past, the company has claimed that online retail has an inherently lower footprint than brick-and-mortar stores, although it has kept a tight lid on its environmental impact and the workings of its 50-person sustainability team.

With Hurst at the helm, it’s vocal about reducing "wrap rage" while lowering shipping costs and nixing extra packaging. Amazon now partners with sellers to create packaging that fits the product size and eschews clamshells, twist ties and plastic parts.

This saves up to nine minutes of unpacking time for the customer while lowering environmental impact. Since the introduction of the pain-free packaging, Hurst said Amazon has conserved more than 164 million over boxes and saved more than 1 million trees. 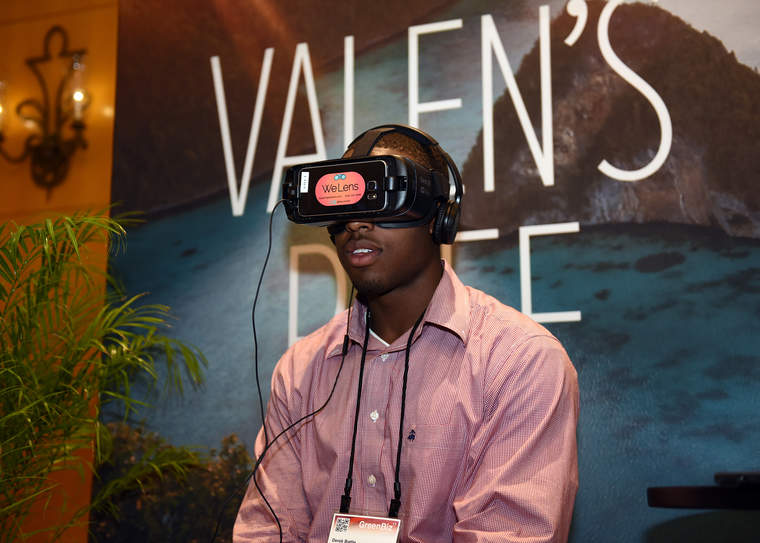 Living up the adage "seeing is believing," Conservation International's virtual reality (VR) exhibit at GreenBiz 17 was a powerful way to feel appreciation for nature’s beauty — and the ugliness of its decimation.

Pull on the headset and earphones, and "Valen’s Reef" takes you down with Ronald Mambrasar and his son Valen as they descend into the coral reefs of Indonesia. Swim with them behind colorful fish through coral canyons, but also through devastating expanses of gray where life had thrived until recently. The accompanying film "Under the Canopy" takes you deep into the Amazon forest with Kamanja, a local indigenous conservationist — sloth and anaconda included. 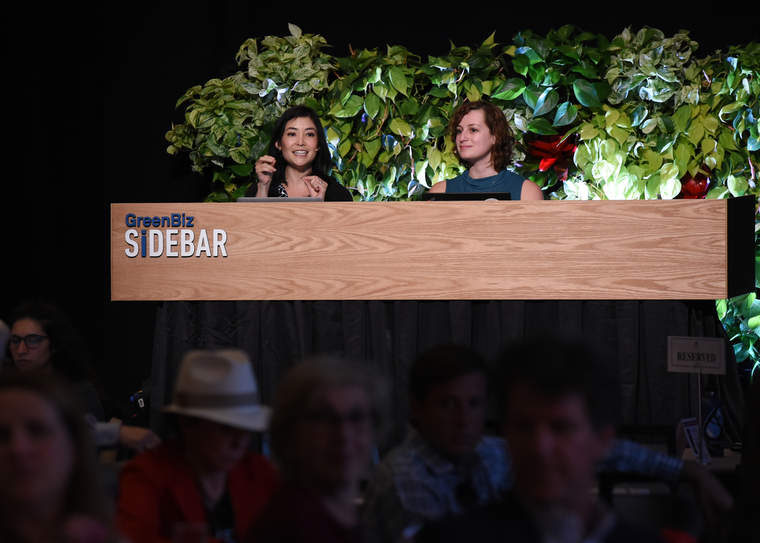 The virtual side of GreenBiz 17 extended the conference’s reach to a global audience. The Sidebar program, co-hosted by VERGE Program Director Elaine Hsieh and GreenBiz Associate Editor Anya Khalamayzer broadcast plenary sessions for free to more than 1,300 participants around the world.

Hsieh and Khalamayzer served as avatars for those who couldn’t travel to Phoenix but who still wanted to get the flavor of the three-day conference. One Tweet commented, "Like Don Pardo and Johnny Gilbert, GreenBiz 17’s ‘sidebar’ poses questions from live feed viewers." The co-hosts fielded comments and questions for speakers from Twitter and via a live Q&A feed, which they posed to the main stage, creating an interactive atmosphere.

You can view archived footage of all three days of main stage sessions from GreenBiz 17 here. Thank you to those who joined the GreenBiz team, in the desert or online. We hope you join us this year at VERGE Hawaii and VERGE 17 — and back in Phoenix next February for GreenBiz 18.

Sights and scenes of GreenBiz 20

The Seligmann family links the head and the heart of sustainability