How 23 organizations are reducing food waste during COVID-19

The novel coronavirus (COVID-19) has upended nearly every aspect of modern society, but especially the food system. Farmers are being forced to discard unprecedented amounts of food surplus because of the closure of schools, restaurants and hotels. And, because of the complex logistics of the food supply chain, diverting food supply away from wholesalers directly into the hands of consumers can be costly. Experts such as Dana Gunders of ReFED are concerned that more food waste will be produced in 2020 than in previous years.

Despite these challenges, organizations around the world are working to reduce food waste. April 29 was Stop Food Waste Day, founded by Compass Group, and in honor of it, Food Tank highlighted 24 organizations and companies trying to eliminate pandemic-fueled food waste.

Funded by the European Union, AgriMax is a food waste recovery project that converts crop and food processing waste into organic compounds through biorefinery. These compounds can be used in food packaging, food ingredients and agricultural chemicals. Additionally, AgriMax recently launched an online platform that connects crop producers to biorefineries in Spain and Italy to generate profits from waste. AgriMax also promotes educational webinars on the bioeconomy and offers tips to help people recycle household food waste.

Binghamton Food Rescue (BFR) collects perishable food waste and redistributes it as packaged meals and groceries to food-insecure communities in Binghamton, New York. Over 47,000 pounds of food have been rescued since the organization’s inception. The organization is encouraging community members to report local food waste for pick-up and repurposing. BFR also collects food donations and delivers them to around 100 households per week.

Brothers Produce is the largest Texas-based food and beverage distributor, supplying goods to retailers in Texas and Louisiana. In response to the pandemic, Brothers Produce has developed a new business model where boxes of fresh produce are sold directly to customers instead of companies. This ensures that food surplus that otherwise would be thrown away is redistributed and helps to keep the business afloat.

Because of the complex logistics of the food supply chain, diverting food supply away from wholesalers directly into the hands of consumers can be costly.

As the world’s first food rescue program, New York-based City Harvest is responding to COVID-19 by rescuing perishable produce. The organization aims to feed New York City’s food-insecure communities by redistributing food waste and providing educational programming. Despite the closure of over 85 food programs, City Harvest is still committed to feeding those in need. The organization has opened seven emergency relief sites for New York’s food insecure communities, and 22 more relief sites are on their way.

Based in California, The Community Alliance with Family Farmers (CAFF) and Farmers Guild is a nonprofit striving to build a more sustainable food system. To do so, they engage in political advocacy and develop grassroots programs to empower farmers and local communities. To eliminate the food surplus in California’s food system, CAFF works with farmers to redirect their food supply away from their usual commercial customers and into the hands of consumers. Additionally, CAFF created a spreadsheet designed to connect the state’s food surplus to consumers.

Operating in over 50 countries, Compass Group is the biggest food service company globally. In response to COVID-19, Compass Group U.K. partnered with food recovery organizations and food safety experts to create a plan to distribute food surplus to nonprofit organizations across the United Kingdom. Within 3 weeks of the plan’s inception, around 60,000 meals were donated to more than 30 national nonprofits and local relief organizations.

Divert is a technology company that uses data to inform solutions to minimize food waste from the retail supply chain. Divert partners with supermarket chain Giant to recycle perishable foods. Perishable food is removed from the supply chain and repurposed to generate clean energy. Divert also recycles all food waste that cannot go to food banks.

Located in the United Kingdom, Edible York is an NGO that aims to build a healthier York community through edible gardening and horticultural workshops. The organization runs a program titled "Abundance" that collects surplus fruit that inevitably would end up in a landfill. Volunteers then redistribute the fruit to the York community. Volunteers also rescue potatoes and deliver them to the most vulnerable people and families affected by pandemic. Additionally, Edible York is providing information on farms that have remained open for business.

Based in London, The Felix Project is a nonprofit that collects fresh food thrown away by wholesalers, and delivers it to charities and schools. As the pandemic creates a spike in the demand from food banks in London, The Felix Project is expanding their deliveries to emergency food hubs, homeless shelters, churches and hospitals. Through these steps, they ensure that London’s most vulnerable communities are fed.

Malaysia-based food recovery nonprofit Food Aid Foundation distributes supply chain food surplus among the country’s most vulnerable populations. They have carried out emergency food relief efforts in Malaysian neighborhoods such as Alor, Setar, Ipoh and Penang. The organization receives donations from renowned Asian chefs such as Alex Chong, and partners with major food conglomerates such as Captain Oats and Indofood to fund their initiatives.

Based in Italy, Food for Soul is a self-proclaimed cultural project hat recovers imperfect foods from landfills in countries ranging from France to Brazil and repurposes them into meals for the homeless, refugees and other vulnerable communities. Seeking creative ways to encourage food waste reduction, founder and Italian chef Massimo Bottura hosts a family-friendly Instagram cooking show that teaches viewers how to repurpose household food waste into meals.

Food Recovery Network (FRN) is a nonprofit led by college students who collect campus food waste and donate it to local nonprofits, churches and other community organizations. FRN operates on 230 college campuses across America. Despite mass college campus closures, over 30 student chapters continue to rescue food waste. And since the beginning of the pandemic, several companies have donated their food surplus left by business closures and event cancellations. FRN also created a logistical resource guide that includes information on ways individuals and businesses can reduce their food waste.

Launched in response to the pandemic, FruPro is a London-based online platform that connects major food service and catering suppliers to independent retailers to eliminate losses in the food supply chain. Since FruPro’s launch, 36,741 packages of fresh produce have been delivered, feeding around 500,000 people. FruPro is also developing a plan to distribute food to local nonprofits and food banks.

Operating in 43 states, the San-Francisco based company Imperfect Foods aims to eliminate food waste by collecting blemished food rejected by grocery stores. They then redistribute it in customizable boxes to customers. As a result of COVID-19, delivery services face delays due to an increase in demand and a decrease in staff. Nonetheless, Imperfect Foods’ Twitter offers daily tips on how to lower household food waste.

Mesa Brasil SESC is a Brazilian food bank network whose objective is to reduce national food waste by redistributing food surplus to food-insecure Brazilian communities. Mesa Brasil’s network contains over 1,100 companies that include supermarkets, restaurants and food service distributors. According to its Facebook page, "Mesa Brazil is acting with full force to combat the effects of the pandemic among the most vulnerable populations." As of April 1, it had donated over 52,000 pounds of food to 148 charity organizations across the country.

If food is discarded during one’s relocation process, Move for Hunger is available to collect and donate it to food banks. The organization connects people who are moving with a moving company to coordinate a pick up time for non-perishable food items. The service operates across the United States and parts of Canada. Since the beginning of the pandemic, Move for Hunger has expanded its operational efforts, delivering food to food banks faster than before.

Based in the United Kingdom, Planet Food York is a nonprofit that recovers food that would end up in a landfill. The food is then sold at their "pay-as-you-feel" food store. In the face of COVID-19, Planet Food York is partnering with local churches and food banks to deliver bags of food to the community. The food ranges from fresh produce to chocolate Easter eggs.

ReFED is a U.S.- based consortium that seeks to discover policy solutions to end food waste. The organization has published numerous educational resources on the ways people can get involved to combat food waste. ReFED also hosts an interactive webinar series titled "Better Together: Food System Best Practices for Navigating COVID-19" at 3 p.m. EST Wednesdays which focuses on specific food system challenges and potential solutions.

Operating in more than 300 U.S. cities, Replate is a nonprofit comprised of professional drivers known as "food rescuers" who collect surplus meals from businesses and distribute them to vulnerable communities. By partnering with Beyond Meat and DoorDash during the pandemic, Replate is able to provide fresh, nutritious meals to frontline workers and food insecure communities.

Rock and Wrap It Up is a New York-based anti-poverty organization that works to divert excess food from stadiums, companies and other commercial enterprises towards food banks and veterans. Since the beginning of the pandemic, Rock and Wrap it Up has collected thousands of pounds worth of food from Madison Square Garden and MetLife Stadium. As of early April, film and TV partners have donated over 2,000 additional pounds of food.

Second Harvest is Canada’s largest food rescue organization. Second Harvest recently committed about $3.2 million towards local charities and nonprofits that distribute surplus food to food-insecure Canadians. The organization accepts food donations from companies such as Loblaw, Starbucks and Sysco, and is working to partner with farms and smaller community stores

Winnow is a technology company that uses artificial intelligence (AI) to reduce food waste in commercial kitchens. Winnow’s Waste Monitor System, a food waste tracker, is used by chefs in more than 40 countries. Additionally, Winnow Vision is a system of cameras pointed at garbage bins that collects data on food waste. Through AI, Winnow has saved over $42 million in food purchasing costs. 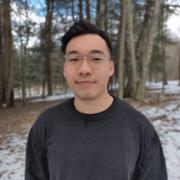 See all by Aaron Mok